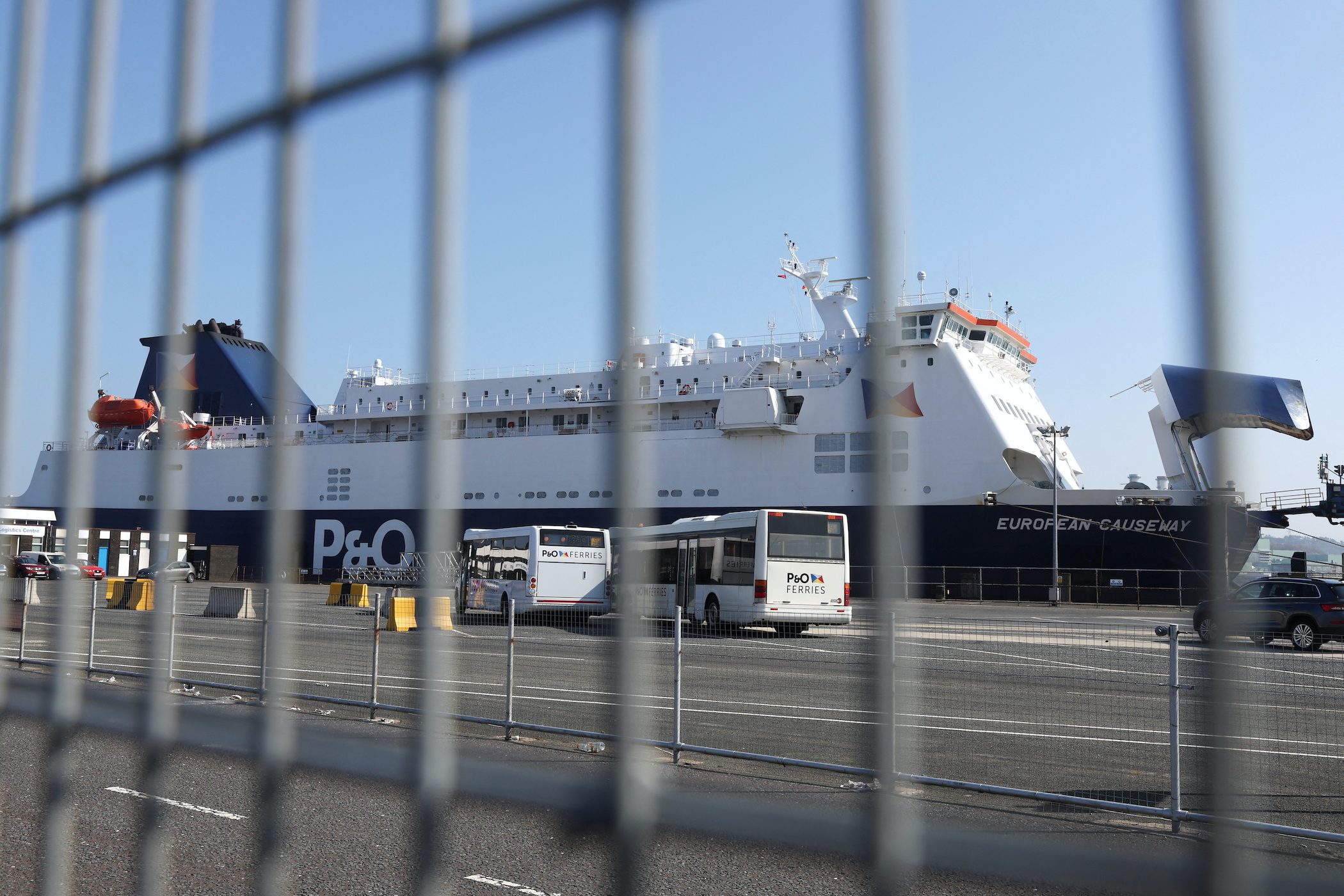 The probe comes after P&O Ferries admitted to breaking the law in the manner in which it terminated about 800 staff last month to hire cheaper agency workers, a move that has since caused major backlash from politicians and workers.

“I can confirm that the Insolvency Service has initiated both formal criminal and civil investigations into the circumstances surrounding the recent redundancies made by P&O Ferries,” Dean Beale, who heads the insolvency service, said in a letter to Kwarteng.

P&O Ferries, which is owned by Dubai-based logistics group DP World, did not immediately respond to Reuters request for a comment on Friday.

The Insolvency Service is a government agency whose remit includes tackling misconduct and “sharp practice” by company directors.

Earlier in the week, P&O Ferries rejected a request from the government to rehire the employees it had fired, saying that doing so would cause the company to collapse.

Shapps, whose officials have detained two of P&O operated ferries citing safety concerns since the job cuts, has also said a package of measures would be introduced to block ferry groups seeking to pay workers less than the minimum wage. – Rappler.com