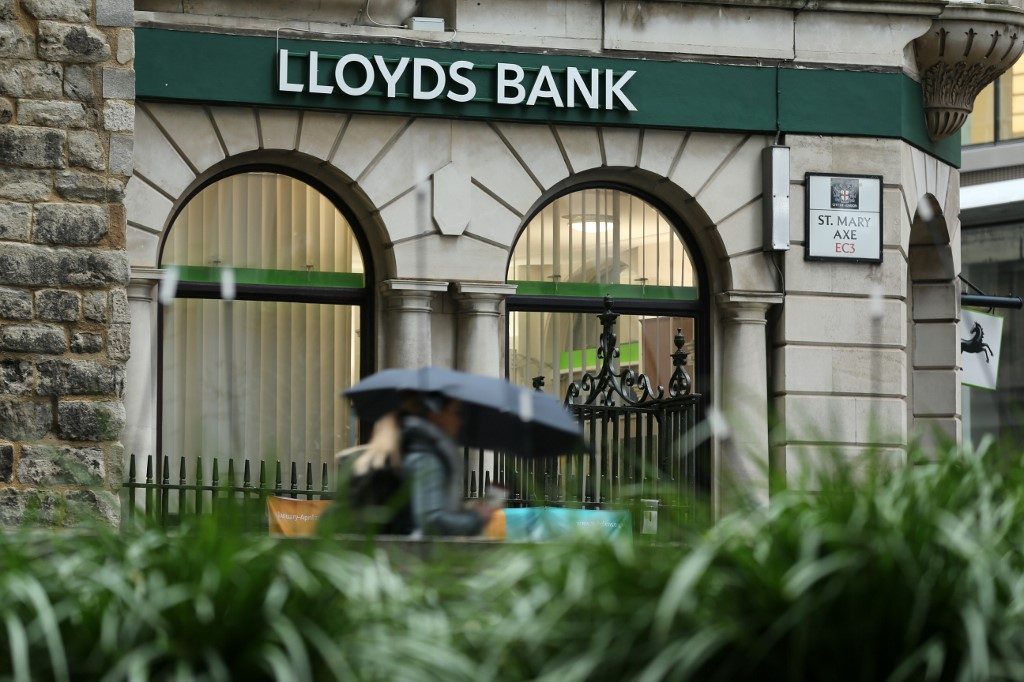 LLOYDS. A pedestrian passes a Lloyds branch in London on February 19, 2020.

Facebook Twitter Copy URL
Copied
Charlie Nunn, who has worked at HSBC since 2011, will take the reins at Lloyds Banking Group after Antonio Horta-Osorio steps down in June 2021

The Briton, who has worked at HSBC since 2011 and is currently global head of its wealth and retail banking division, will take the reins after Portuguese national Horta-Osorio steps down in June.

The precise timing of Nunn’s arrival remains under discussion but his total pay package will be 20% lower than his predecessor, LBG added in a statement.

“I feel particularly lucky to be joining Lloyds Banking Group at this important time…. I look forward to building on the work of Antonio and the team,” Nunn said.

The appointment comes after the lender bounced back into the black in the 3rd quarter, boosted by an encouraging recovery in business demand and lower impairments linked to the coronavirus.

LBG was rescued by the UK government following the 2008 global financial crisis, but returned to full private ownership 3 years ago.

The British government bailed out Lloyds at a cost of £20.3 billion, handing the state a 43% share. However, it steadily offloaded the stake as the bank recovered.

Britain still owns 62% of Natwest, formerly known as the Royal Bank of Scotland (RBS). RBS was rescued with £45.5 billion of taxpayers’ cash during the financial crisis in the world’s biggest bank bailout. – Rappler.com