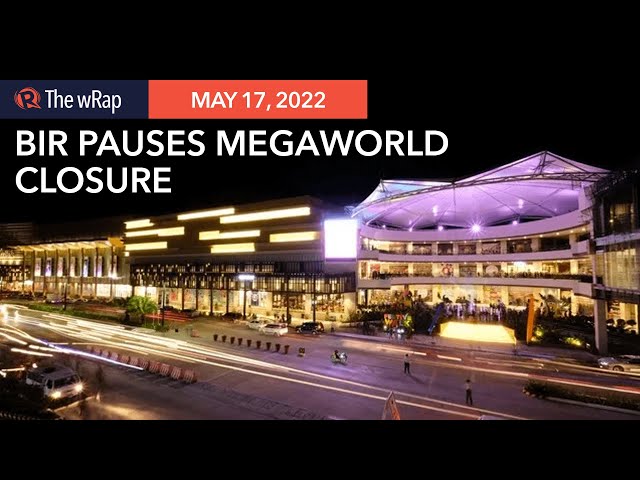 MANILA, Philippines – The Bureau of Internal Revenue (BIR) was supposed to padlock Andrew Tan’s Megaworld Corporation on Wednesday, May 18, but held off on the order only hours after informing the media.

On Tuesday, May 17, the BIR issued a media advisory stating that it would issue a closure order against Megaworld at the property giant’s main office in Bonifacio Global City. Deputy Commissioner Arnel Guballa and Regional Director Eduardo Pagulayan were supposed to lead the issuance.

The company’s tax offense or violation was not specified in the advisory.

When news broke, shares of the blue chip company dipped as low as 9%, before closing higher by 2.9%.

Sought for comment regarding the issue, Megaworld said it has “clarified and resolved” the matter. Both Megaworld and the BIR have yet to disclose details, particularly how much the company owes the government.

After the company’s statement was released, the BIR issued another advisory, stating that the closure order “is being held in abeyance until further notice.”

“Representatives from Megaworld Corporation manifested their full cooperation with all the requirements of the Bureau of Internal Revenue,” it said.

Megaworld’s net income grew 30% in the first quarter of 2022 to P3.1 billion compared to P2.4 billion in the same period in 2021, as sales from real estate, office rentals, and malls booked double-digit earnings growth. – Rappler.com