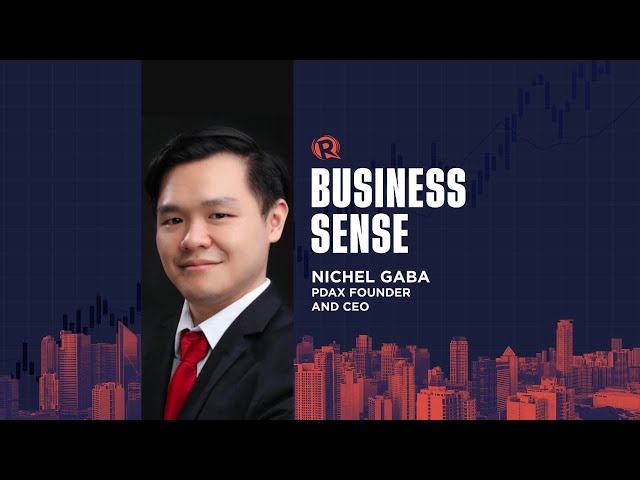 MANILA, Philippines – Cryptocurrency trading in the Philippines boomed amid the pandemic. But can it sustain momentum?

Bangko Sentral ng Pilipinas data showed that cryptocurrency transactions leaped 362% in the first half of 2021, equivalent to around 20 million transactions. Some P105.9 billion worth of crypto assets changed hands during the period.

That put the Philippines at fifth in terms of ownership worldwide, with 28% of the adult population saying they own or have held crypto assets.

Traditional banks and investors, however, are not convinced, with some executives going as far as saying that a bubble burst will soon follow. (READ: [ANALYSIS] Is cryptocurrency money?)

In this episode of Business Sense, Rappler talks to Nichel Gaba, chief executive officer of Philippine Digital Asset Exchange or PDAX, the Philippines’ homegrown crypto exchange, about his outlook on cryptocurrencies, the blockchain, and non-fungible tokens.

Gaba also shares his thoughts on cybersecurity, regulation, the threat of money laundering, and the recent hacking of Axie Infinity. – Rappler.com