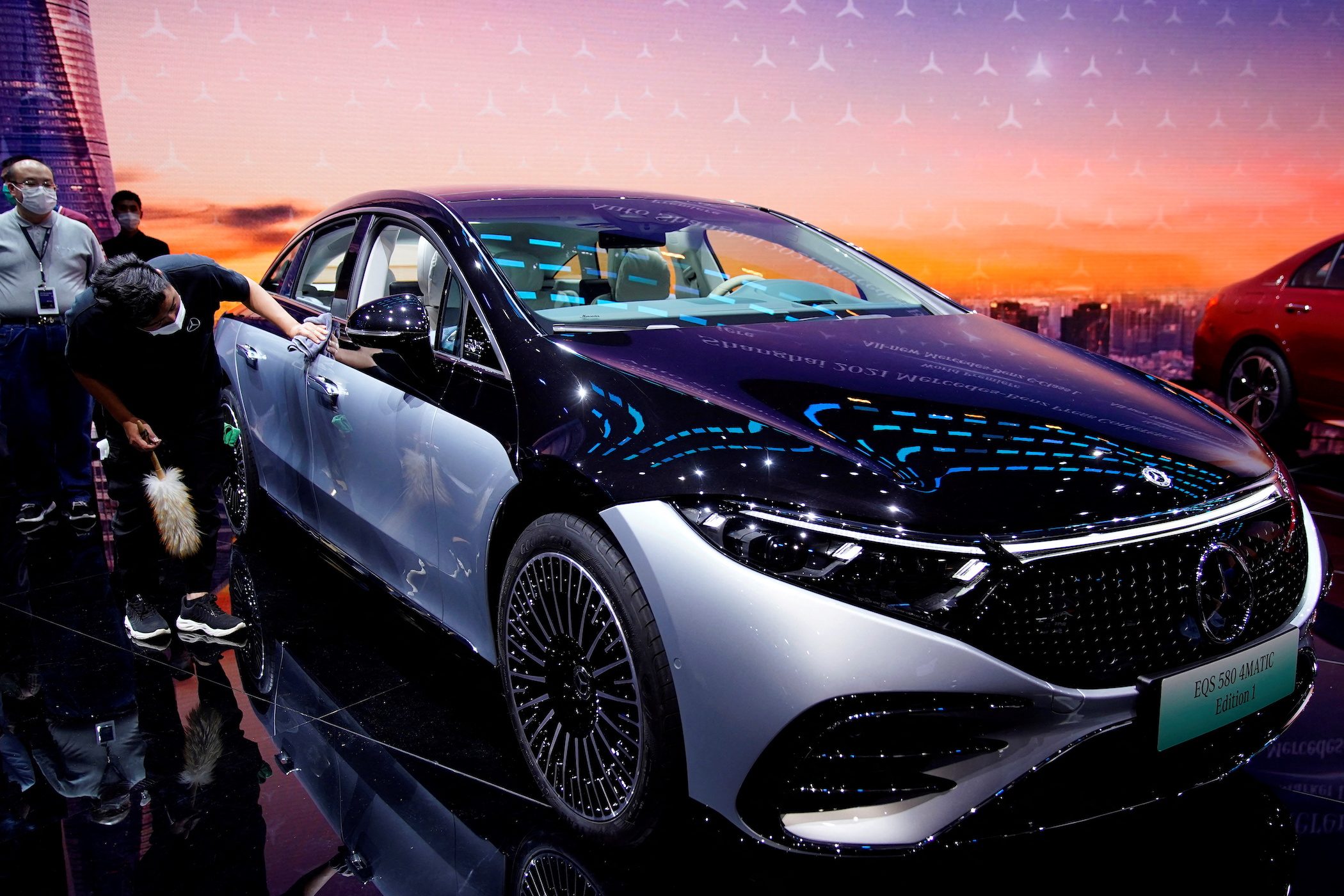 Production and sales are expected to be better in 2022 than last year on the prospect that issues such as chip shortage and high prices of raw materials ease, CAAM said in a statement.

After decades of upbeat growth, China’s car market started contracting in 2018 under pressure from the phasing out of some tax cuts, a trade war between Washington and Beijing, and amid the fallout of the COVID-19 pandemic.

The market had started to bounce back by mid-2020, but was pulled down by a global shortage of semiconductors, used in everything from brake sensors to power steering to entertainment systems, which led automakers around the world to cut or suspend production.

But the sales of NEVs were a bright spot, including battery-powered electric vehicles, plug-in petrol-electric hybrids, and hydrogen fuel-cell vehicles, showing strong momentum with a growth of 157.5% to 3.52 million units in 2021.

In December alone, 531,000 NEVs were sold, representing a surge of 114% year-on-year. China has in recent years heavily promoted NEVs as part of its efforts to curb air pollution.

Last month, CAAM said it expects automobile sales to rise 5.4% to 27.5 million this year, and for NEV sales to grow 47% to five million.

China will cut subsidies on NEVs, such as electric cars, by 30% in 2022 and withdraw them altogether at the end of the year, deeming that the market has matured enough in terms of demand to grow without the aid of government help.

But while China’s EV market is seeing a very strong growth, most foreign automakers have lagged their Chinese counterparts in designing smart cars that appeal. Tesla is the only foreign brand among the top 10.

On Tuesday, January 11, data from another Chinese auto association showed that US electric vehicle maker Tesla sold a record 70,847 China-made vehicles in December.

Volkswagen said it missed its goal of selling 80,000 to 100,000 units from its ID battery electric series last year, having sold 70,625 vehicles, but that it would likely double sales this year. – Rappler.com