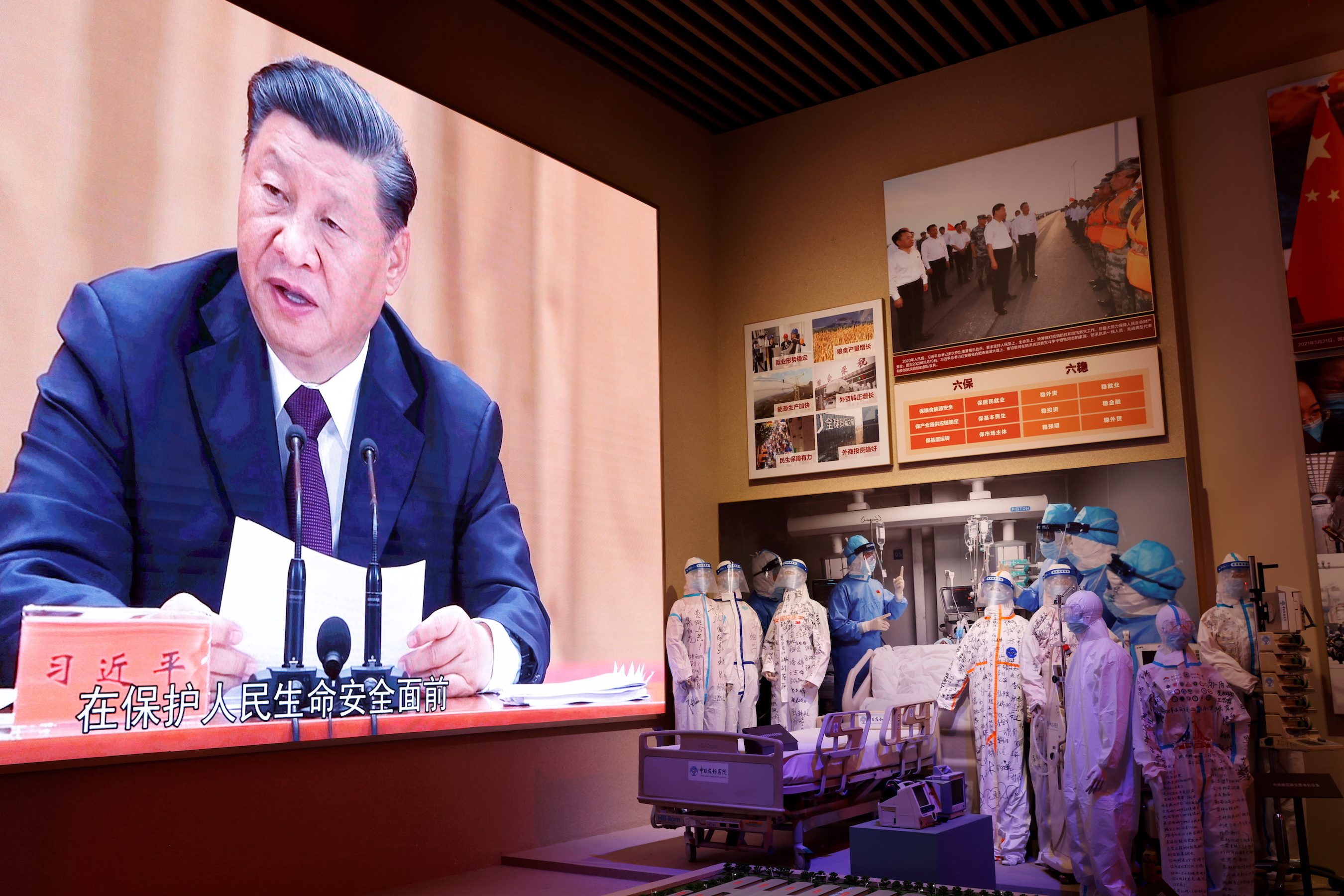 COVID-19 FIGHT. A screen displays an image of Chinese President Xi Jinping next to exhibits depicting medical workers' fight against the coronavirus outbreak, at the Museum of the Communist Party of China in Beijing, China, November 11, 2021.

With over $66 billion in total capital, China has passed Japan to become the second largest contributor to the system of development banks that provide some $200 billion in subsidized loans to poor countries each year, a new report said Thursday, November 18.

While China still receives loans and other aid from multilateral institutions like the World Bank and United Nations agencies, it has also emerged as one of the most powerful donors, according to the Center for Global Development.

It said that China, the world’s second largest economy after the United States, is the fifth largest overall donor across the range of United Nations agencies focused on development, including the UN Development Programme, World Food Programme, and World Health Organization.

“There’s been a lot of attention to China’s Belt and Road lending to developing countries, but a lot less on its growing footprint at global institutions like the World Bank,” said Scott Morris, a senior fellow at the center.

China’s expanding role at these institutions – and its role as the world’s largest creditor – has raised concerns in the United States and elsewhere in recent years, but Morris cautioned against viewing its role at the banks as a threat.

“This isn’t necessarily a cause for alarm,” Morris said. “It’s better for everyone to have China working inside the system instead of outside of it.”

Some of the increase has been driven by automatic contributions based on the size of China’s growing economy. But Beijing has also scaled up its voluntary donations, including at the World Bank’s low-income lending arm, the International Development Association, where it is now the sixth largest donor. – Rappler.com