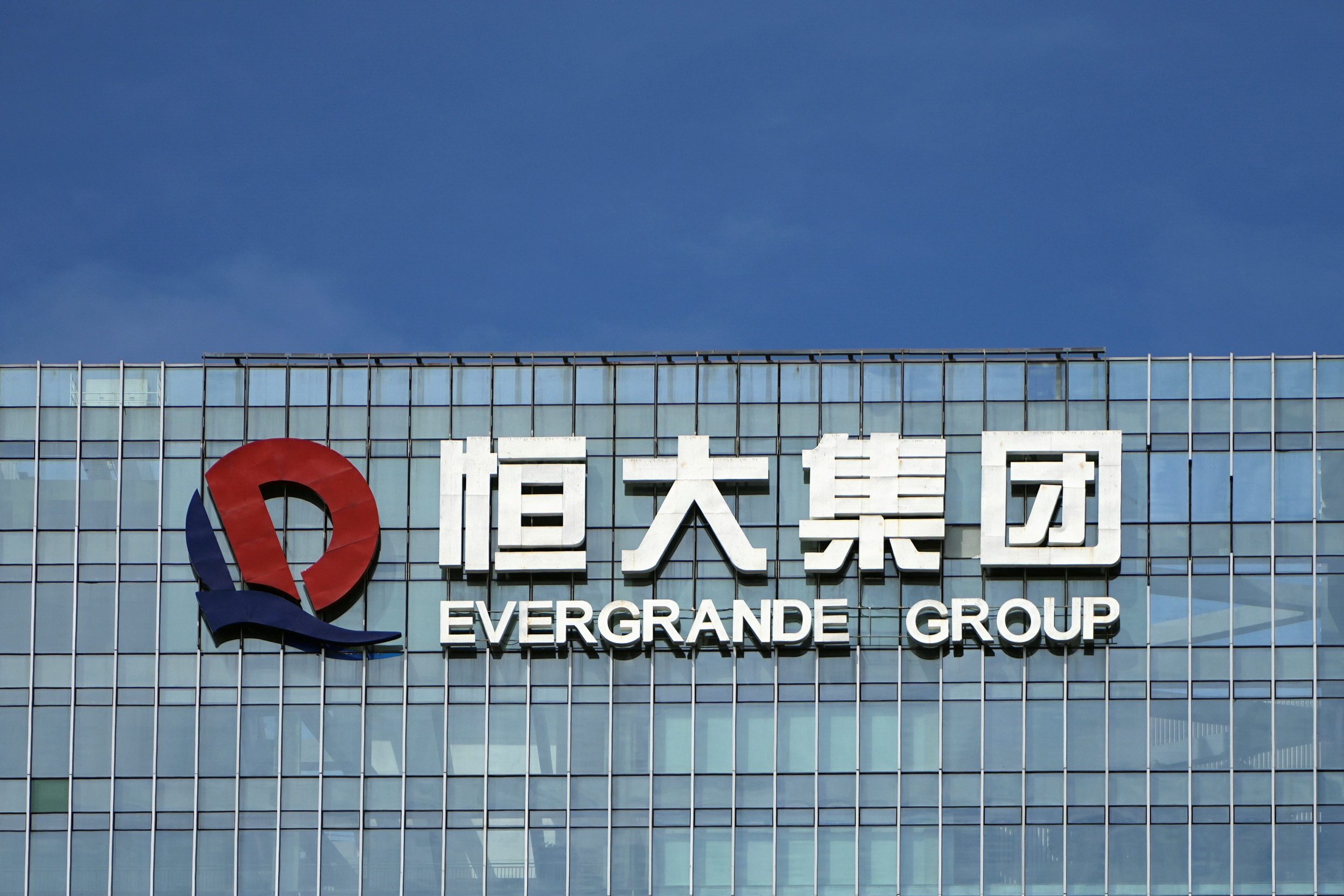 EVERGRANDE. The company logo is seen on the headquarters of China Evergrande Group in Shenzhen, Guangdong province, China, September 26, 2021.

Some bondholders of cash-strapped China Evergrande Group have not received coupon payments by the end of 30-day grace periods at close of Asia business on Wednesday, November 10, sources said, pushing the developer again to the edge of default.

Evergrande, the world’s most indebted developer which once epitomized a freewheeling era of borrowing and building, has been stumbling from deadline to deadline in recent weeks as it grapples with more than $300 billion in liabilities, $19 billion of which are international market bonds.

The company has not defaulted on any of its offshore debt obligations. But a 30-day grace period on coupon payments of more than $148 million on its April 2022, 2023, and 2024 bonds ends on Wednesday.

A failure to pay would result in a formal default by the company and trigger cross-default provisions for other Evergrande dollar bonds, exacerbating a debt crisis looming over the world’s second largest economy.

Exactly what time the grace period expires on Wednesday is unclear, but the two sources with knowledge of the matter said some bondholders had not been paid by the end of the Asian business day. They declined to be named as they were not authorized to speak to the media.

For its two separate offshore coupon payment obligations that were due in late September, the developer’s bondholders did not receive the payments until one working day after the 30-day grace periods ended.

“The expectation is that it will be paid,” said Karl Clowry, restructuring adviser and partner at Addleshaw Goddard LLP, also pointing to a potential easing in the weeks ahead of the so-called three red lines – financial requirements introduced by the central bank last year that developers must meet to get new bank loans.

“It would be quite a surprise if the funds do not flow to the trustee in the requisite timeframe given the immediate cross-default and ripple effect on suppliers and the wider People’s Republic of China real estate market.”

Evergrande’s problems add to concerns about a liquidity squeeze in the property sector. It also has coupon payments totaling more than $255 million on its June 2023 and 2025 bonds due on December 28.

China’s property woes rattled global markets in September and October. There was a brief lull in mid-October after Beijing tried to reassure markets the crisis would not be allowed to spiral out of control.

But concerns have resurfaced, with the US Federal Reserve warning on Tuesday, November 9, that China’s property sector could pose global risks.

More developers are seeing their credit ratings slashed on their worsening financial profiles.

Moody’s Investors Service on Wednesday downgraded Kaisa Group, which on Tuesday made a desperate plea for help, citing liquidity risks, limited financial flexibility, and weak recovery prospects for its creditors.

Kaisa has the most offshore debt of any Chinese developer, after Evergrande. The developer has coupon payments of more than $59 million due on Thursday, November 11, and Friday, November 12.

S&P Global Ratings said separately it had downgraded Shimao Group Holdings’ rating to “BB+” from “BBB-” over concerns that tough business conditions would hinder the company’s efforts to reduce debt.

S&P considers a rating under “BBB-” to be speculative grade.

Worries over the potential fallout from Evergrande have also slammed the bonds of Chinese real estate companies.

Shares of developer Fantasia Holdings plunged 50% on Wednesday after it said there was no guarantee it would be able to meet its other financial obligations following a missed payment of $205.7 million due on October 4.

Underlining the liquidity squeeze, some real estate firms disclosed plans to issue debt in the inter-bank market at a meeting with China’s inter-bank bond market regulator, the Securities Times reported on Wednesday.

In the near future, real estate companies will issue bonds in the open market for financing, while banks and other institutional investors will assist via bond investment, the paper said.

Debt-laden developers including Evergrande and Kaisa have also been looking to raise cash to repay their many creditors by selling some of their property and other business assets.

Beijing has been prodding government-owned firms and state-backed property developers to buy some of Evergrande’s assets to try to control the fall.

Rising concerns about the developers’ woes spreading to other sectors was visible on Wednesday as the spread, or risk premium, between lower risk, investment grade Chinese firms and US Treasuries widened to a more than five-month high.

Despite the company’s debt problems, its electric vehicles unit is pushing ahead with its business plan. The unit is seeking Chinese regulatory approval to sell its inaugural Hengchi 5 sport utility vehicles.

Shares in Evergrande ended up 3% on Wednesday, while stock in the EV unit closed the day 0.8% higher after having risen more than 2% earlier. – Rappler.com