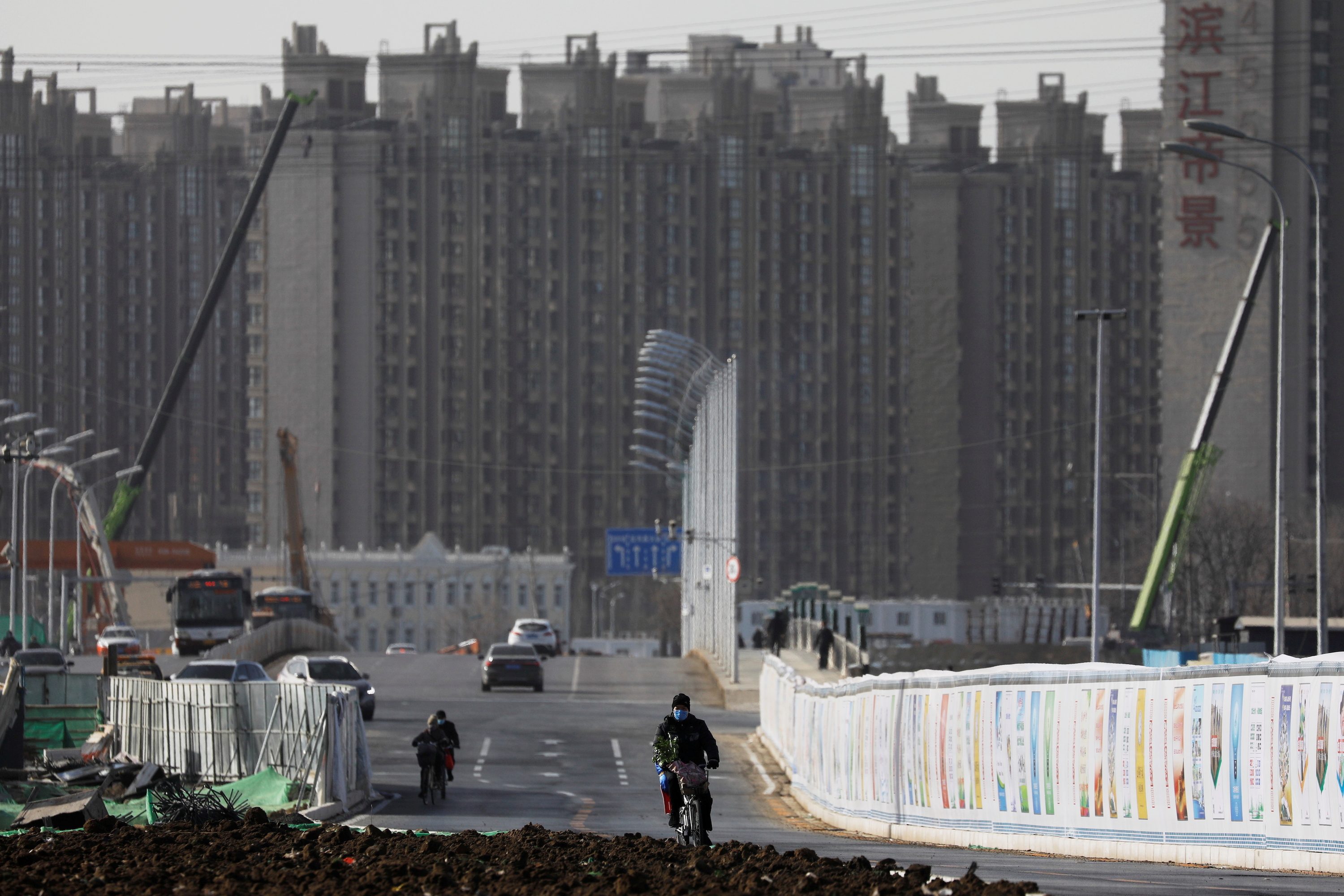 PROPERTY. A man rides a bicycle next to a construction site near residential buildings in Beijing, China, January 13, 2021.

Facebook Twitter Copy URL
Copied
Developers should get back part of their presale funds held in government escrow accounts as quickly as possible to relieve pressure on their cash flows, says the local government of Harbin

Harbin has become one of the first cities in China to announce measures to support property developers and their projects, which have been shaken by the deepening debt crisis at property giant China Evergrande Group.

Developers should get back part of their presale funds held in government escrow accounts as quickly as possible to relieve pressure on their cash flows, the government of Harbin, the capital of northeastern Heilongjiang province, said on Sunday, October 10, in a statement on its website.

Developers with good credit profiles are encouraged to re-embark on presale activities as soon as they are able to, the statement said.

China’s overall property investment and sales have been declining while growth in new home prices slow. In many inland cities, lackluster demand has led many developers to hit the pause button on sales or offer discounts.

Yan Yuejin, director of Shanghai-based E-house China Research and Development Institution, said he expected other cities to follow Harbin in announcing support for the sector, especially “those under great pressure from high inventories, including some tier-three and -four cities in central and western regions.”

In a further positive sign for developers, Morgan Stanley lifted its view on China’s real estate industry to “attractive” from “in line,” saying regulators may relax their grip on the sector to help stabilize it and support the economy.

China’s property sector – which accounts for about a quarter of the country’s gross domestic product – has been hit by tighter borrowing caps that have hurt cash flow as well as developers’ ability to finish construction and raise funds for new projects.

The crisis at Evergrande, which is grappling with some $300 billion in debt and has missed two coupon payments, has only added to those strains as investors fret that other developers are also susceptible to defaults.

Morgan Stanley analysts said, however, that systemic risks have become more manageable as regulators and local governments have the experience and the mechanisms in place to deal with developer defaults.

“Debt restructuring will also be done at the holding company level, while the operating companies or property projects will remain in operation during the restructuring with the support of regulars and local governments,” they said in a client note on Sunday.

Additional measures from Harbin will include subsidies of up to 100,000 yuan ($15,500) for talented residents with skills and qualifications looking to buy homes for the first time.

“If policymakers were to make statements about assuring property projects completion and supporting restructure, it could alleviate concerns from home buyers and the financial system,” Morgan Stanley said.

Kenneth Ho, head of Asia Credit Strategy at Goldman Sachs, also said he thought China’s policymakers would have zero tolerance for systemic risk and policy support would be forthcoming if there was more deterioration in property activity levels.

Chinese real estate and bank subindexes gained more than 2.2% each on Monday, October 11, compared to a flat broader market. – Rappler.com