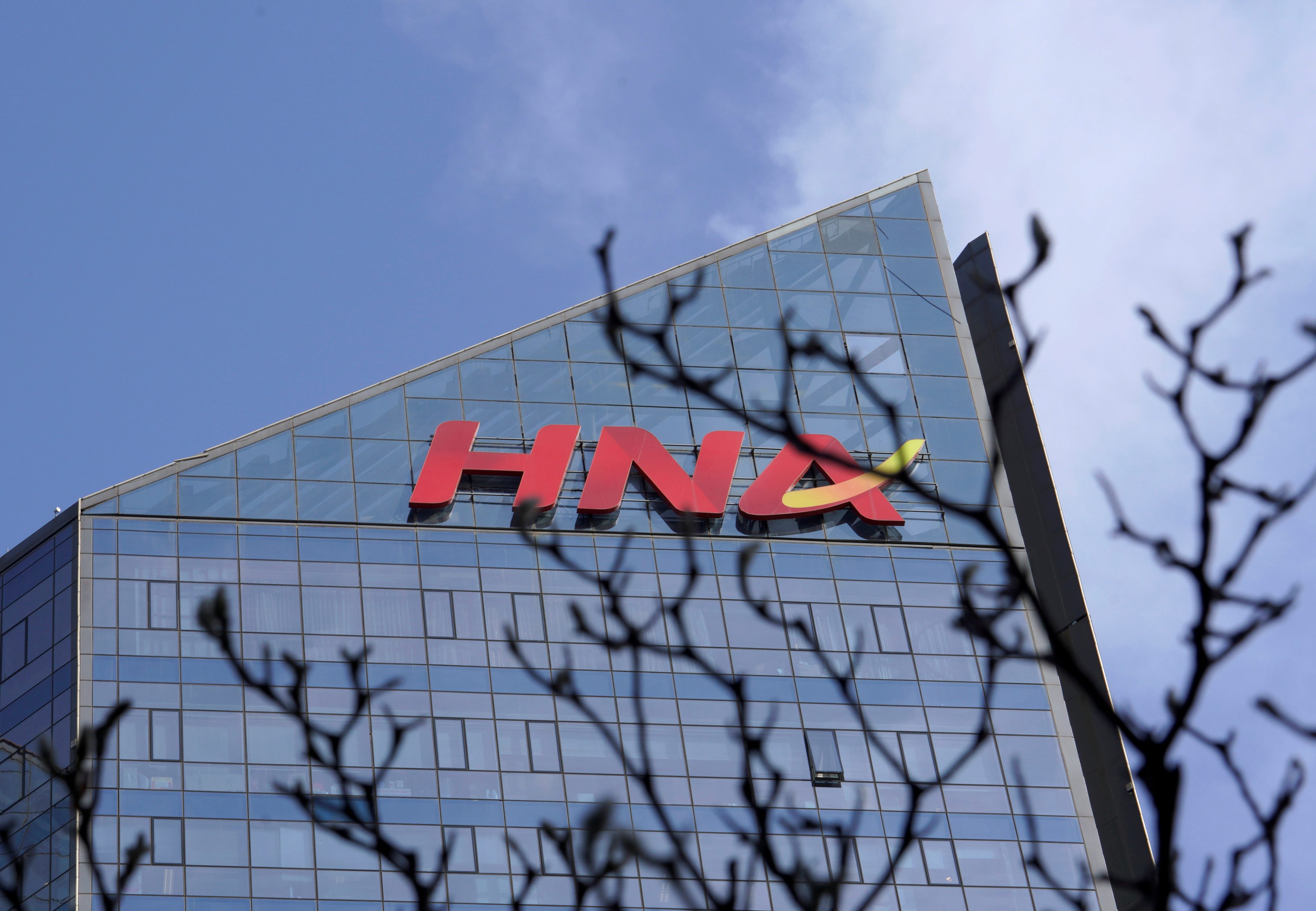 HNA. The HNA Group logo is seen on the building of HNA Plaza in Beijing, China, February 9, 2018.

China’s embattled HNA Group is looking for private investors to help it emerge from bankruptcy, a person with knowledge of the matter said, but bankers and analysts say restructuring may be challenging due to its debt pile and opaque corporate structure.

The creditors’ move to file for bankruptcy came after HNA was put under a restructuring exercise led by the Hainan government to resolve its liquidity risks stemming from years of aggressive acquisitions abroad.

HNA, whose flagship business is Hainan Airlines, used a $50-billion global acquisition spree, mainly fueled by debt, to build an empire with stakes in businesses from Deutsche Bank to Hilton Worldwide.

The person close to the restructuring process said while the courts will process creditors’ bankruptcy filings, HNA’s work group led by its newly-elected party secretary Gu Gang will simultaneously work on bringing in strategic investors.

He said the group was targeting private sector investors, including for its Hainan Airlines business, rather than state-owned ones, adding that some existing shareholders will exit in the process.

Shares in listed companies linked to HNA slumped on Monday, February 1, after the troubled conglomerate disclosed that its creditors had applied for its bankruptcy and that nearly $10 billion had been embezzled by shareholders of its 3 units.

“HNA is in a messy situation. I don’t think the restructuring is going to be easy,” said a senior banker based in Hong Kong, who has had dealings with HNA in the past. The banker declined to be named due to the sensitivity of the matter.

Beijing has been putting more pressure in recent years on opaque corporate structures, excess debt, and deals it sees as overly aggressive as it tried to control capital outflows and keep its economy on an even keel.

“Fundamentally a bigger but very old story at play – if you expand your business by borrowing money…you better have the money to pay for all this,” Fraser Howie, an independent commentator and author of books about China’s financial system, said.

Noting China’s past history of acquisitive conglomerates, he said: “Every one of them has been dismembered, dismantled, and restricted to varying degrees. That type of company is gone and not coming back.”

Unlisted HNA’s acquisition of marquee assets was also followed by intense pressure from the regulators overseas to provide greater clarity about who owns the conglomerate, adding to its financial problems.

HNA, which has been struggling with liquidity issues in the last couple few years, has $27.5 billion worth of outstanding bonds in various currencies and another $20 billion in loans, according to data compiled by Dealogic.

“We are not optimistic with the credit situation of HNA Group, and reckon the possible result of the restructuring is the sale, spin-off of its core assets, and forced debt-to-equity swaps,” said DE Institute, a think tank that focuses on credit outlook and default analysis.

The Hainan government would prefer to keep Hainan Airline as a private carrier due to its own limited financial resources, said Huang Zhenda, a senior co-partner at Beijing Deheng Law Offices and a former HNA executive.

Law firm King & Wood Mallesons has been hired to lead the restructuring, according to two sources with knowledge of the matter, including the first person cited above. The whole bankruptcy restructuring process is expected to conclude within 2021, said the first person.

All sources declined to be identified as they were not authorized to speak to the media.