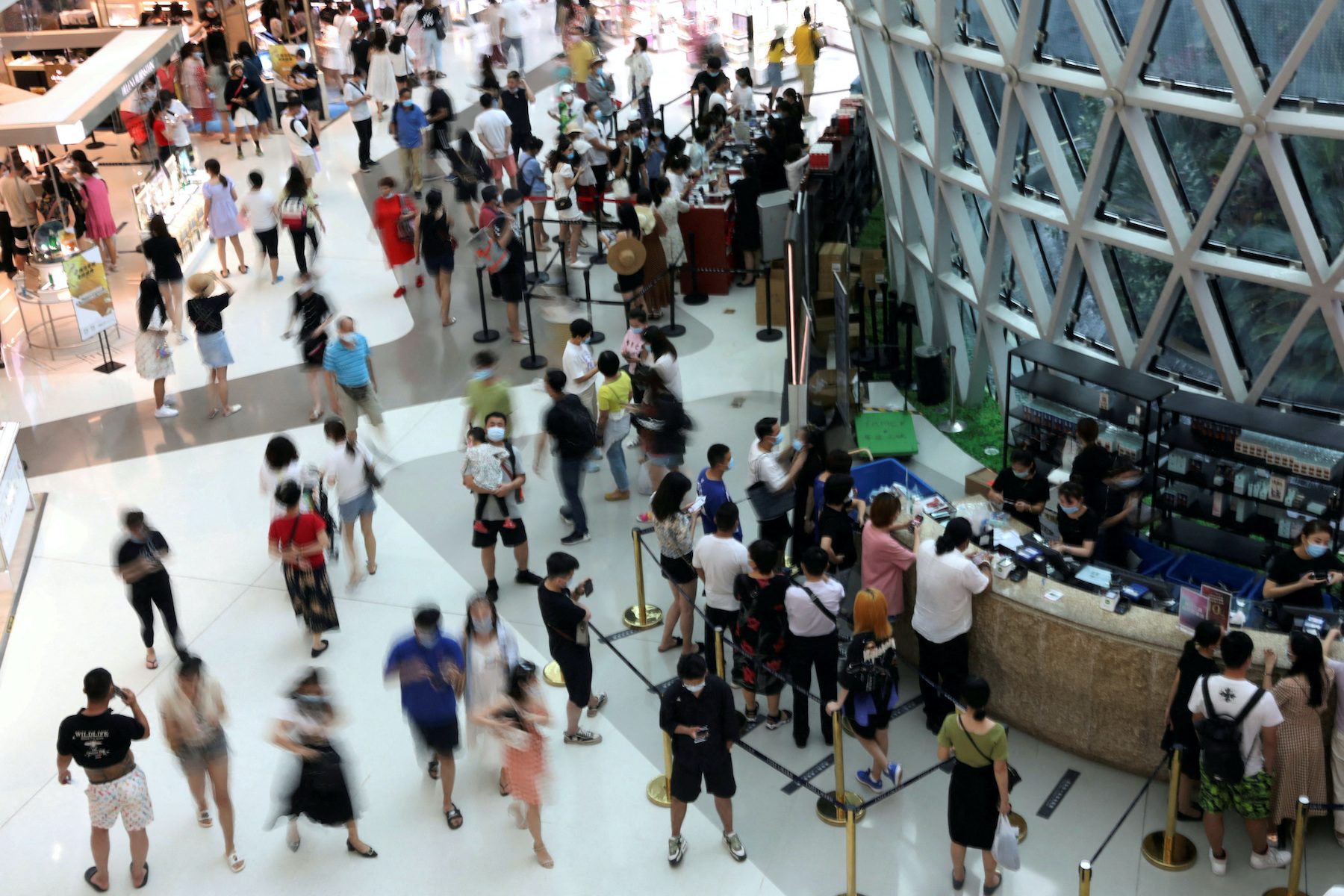 China’s central bank cut key lending rates in a surprise move on Monday, August 15, to revive demand as data showed the economy unexpectedly slowing in July, with factory and retail activity squeezed by Beijing’s zero-COVID policy and a property crisis.

The grim set of figures indicate the world’s second largest economy is struggling to shake off the June quarter’s hit to growth from strict COVID-19 restrictions, prompting some economists to downgrade their projections.

Industrial output grew 3.8% in July from a year earlier, according to the National Bureau of Statistics (NBS), below the 3.9% expansion in June and a 4.6% increase expected by analysts in a Reuters poll.

Retail sales, which only just returned to growth in June, rose 2.7% from a year ago, missing forecasts for 5% growth and the 3.1% growth seen in June.

“The July data suggest that the post-lockdown recovery lost steam as the one-off boost from reopening fizzled out and mortgage boycotts triggered a renewed deterioration in the property sector,” said Julian Evans-Pritchard, senior China economist at Capital Economics.

“The People’s Bank of China is already responding to these headwinds by stepping up support…. But with credit growth proving less responsive to policy loosening than in the past, this probably won’t be sufficient to prevent further economic weakness.”

Local shares gave up earlier gains after the data while the yuan weakened to a one-week low against the dollar and the Australian and New Zealand currencies pulled back from their recent two-month highs.

China’s economy narrowly escaped a contraction in the June quarter, hobbled by the lockdown of the commercial hub of Shanghai, a deepening downturn in the property market, and persistently soft consumer spending.

Risks still abound as many Chinese cities, including manufacturing hubs and popular tourist spots, imposed lockdown measures in July after fresh outbreaks of the more transmissible Omicron variant of the coronavirus were found.

The property sector, which has been further rocked by a mortgage boycott that weighed on buyer sentiment, deteriorated in July. Property investment tumbled 12.3% last month, the fastest rate this year, while the drop in new sales deepened to 28.9%.

Nie Wen, Shanghai-based economist at Hwabao Trust, lowered his forecast for the third quarter gross domestic product (GDP) growth by 1 percentage point to 4% to 4.5%, after the weaker-than-expected data.

ING also cut its forecast for China’s 2022 GDP growth to 4% from 4.4% previously, and warned a further downgrade is possible, depending on the strength in exports.

To prop up growth, the central bank on Monday unexpectedly lowered interest rates on key lending facilities for the second time this year. Analysts expect the cut is likely to lead to a corresponding reduction in benchmark lending rates next week.

Many believe the room for the People’s Bank of China to ease policy further could be limited by worries about capital outflows, as the US Federal Reserve, and other economies, aggressively raise interest rates to fight soaring inflation.

“Very sluggish credit demand in July on the back of weak activity growth, further deterioration in property indicators, and lower-than-expected CPI inflation might have contributed to the PBOC’s move,” said analysts at Goldman Sachs.

“Going forward, whether the PBOC would cut interest rates again could be data-dependent in our view.”

Official figures on Friday, August 12, showed new yuan loans tumbled by more than expected in July, as companies and consumers stayed wary of taking on debt.

Chinese policymakers are trying balance the need to shore up a fragile recovery and eradicate new COVID-19 clusters. As a result, the economy is expected to miss its official growth target this year – set at around 5.5% – for the first time since 2015.

In eastern Zhejiang province, the city of Yiwu, a key global supplier of small and cheap products, has been wrestling with COVID-19-related disruptions on and off since July. Many parts of Yiwu have been thrown into an extended lockdown since Thursday, August 11.

“We’ve halted factory production since the city imposed a ‘quiet mode,'” said a sales manager at a Yiwu factory that makes consumer goods.

Fixed asset investment, which Beijing hopes will compensate for slower exports in the second half, grew 5.7% in the first seven months of 2022 from the same period a year earlier, versus a forecast 6.2% rise and down from a 6.1% jump in January-June.

The employment situation remained fragile. The nationwide survey-based jobless rate eased slightly to 5.4% in July from 5.5% in June, although youth unemployment stayed stubbornly high, reaching a record 19.9% in July.

“In our view, China’s growth in H2 will be significantly hindered by its zero-COVID strategy, the deteriorating property sector, and a likely slowdown of export growth,” analysts at Nomura said.

“Beijing’s policy support could be too little, too late, and too inefficient.” – Rappler.com