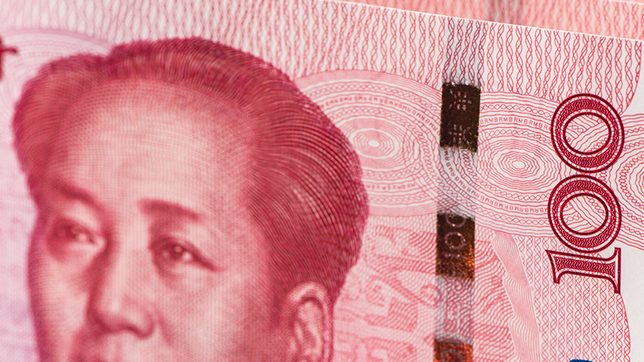 Facebook Twitter Copy URL
Copied
The scrutiny comes at a delicate time for China's currency, which sits near multi-year highs but faces headwinds

China’s regulators are tightening control over the inner workings of its currency market, pressuring banks to trade less and in smaller ranges, two banking sources told Reuters, as part of a sweeping push to curb speculation.

The moves follow recent efforts at curtailing financial risks that include dampening commodity price rises, banning cryptocurrency transactions, and restricting property speculation. And they bring the campaign deeper into day-to-day operations on the dealing desks of a $30-trillion market.

It is also the latest example of scrutiny focused on foreign exchange, which analysts said might be aimed at tightening the leash on the yuan at a sensitive time when US policymakers prepare to withdraw monetary stimulus and China seems poised to add more.

Reuters reported earlier in September that brokers have dropped currency forecasts following regulatory pressure and reports the scrutiny of the interbank market for the first time. Authorities have also been hinting that banks and companies should prepare for volatility.

They said the officials stayed for months, far longer than supervisory visits previously, and urged them to price customer deals faster and in tighter ranges, or spreads.

The bid-ask spread is the difference between the price the bank charges clients and price in the market, so narrowing it reduces trading banks’ profit. It could also help hem the yuan in a tighter trading range, but at the same time moves risk from customers to the bank while a deal is being executed.

One source said the regulator reminded them their role is to keep things steady or “smoothen fluctuations without pushing the yuan to either side.” They added that regulators had not visited foreign banks this year. Banks in Hong Kong do not participate in China’s onshore interbank market.

The other source said they were told to cut volumes to reduce the turnover of interbank trades – once a badge of honor for so-called market makers who provide liquidity to each other and the wider trading pool.

“[Now] you get calls from regulators if you trade too much,” he said. Both requested anonymity as they are not authorized to talk to the media about the matter.

SAFE told Reuters by fax it has “always supported” market participants in trading “reasonably,” and to promote the integrity, fairness, order, and efficiency of the foreign exchange market.

The scrutiny comes at a delicate time for China’s currency, which sits near multi-year highs but faces headwinds as markets prepare for the United States to begin tapering pandemic-era policy support just as China seems ready to step in and ease as its economy slows.

The People’s Bank of China has pumped a net 750 billion yuan ($116 billion) into the banking system since mid-September as markets have been rattled by fears of contagion from a debt crisis at China Evergrande and economic damage from power cuts.

“Policymakers would rather maintain a loosening bias in the cash conditions, but one side-effect is that too much cash could prompt speculation,” said Ken Cheung, chief Asian FX strategist at Mizuho Bank in Hong Kong, noting that is something the latest crackdown might curb.

“The central bank has said multiple times not to bet on currency appreciation or depreciation,” he said.

As President Xi Jinping makes his case for a third term, the country’s most powerful leader since Mao Zedong is driving what some observers describe as a mini revolution, curbing the excesses of capitalism and returning China to its socialist roots.

Crackdowns on tutoring and on tech firms have unnerved investors and hammered share prices in those sectors. But regulators have also been changing the way markets operate.

“[It’s] certainly becoming more intense this year,” said one currency trader at a midsized bank, noting extra training sessions, stricter scrutiny from compliance, and even chatter among peers that was becoming more guarded.

Since SAFE head Pan Gongsheng warned in June against laying bets on the yuan’s direction, brokers in China have shied away from publishing once-routine currency forecasts.

Turnover in such accounts was small and has now all but vanished, with the Bank of China, Industrial and Commercial Bank of China (ICBC), and China Merchants Bank among those to post public statements about restricting access to trade.

SAFE said it had not offered any guidance to commercial banks regarding personal foreign exchange businesses, and nor did the banks provide clear reasons for their decisions.

Yet all used similar language in their explanations.

Huaxia Bank, which said it will suspend its personal FX business in December cited market changes, while ICBC and China Merchants Bank both said the move was necessary “to respond to changes in market conditions.” – Rappler.com