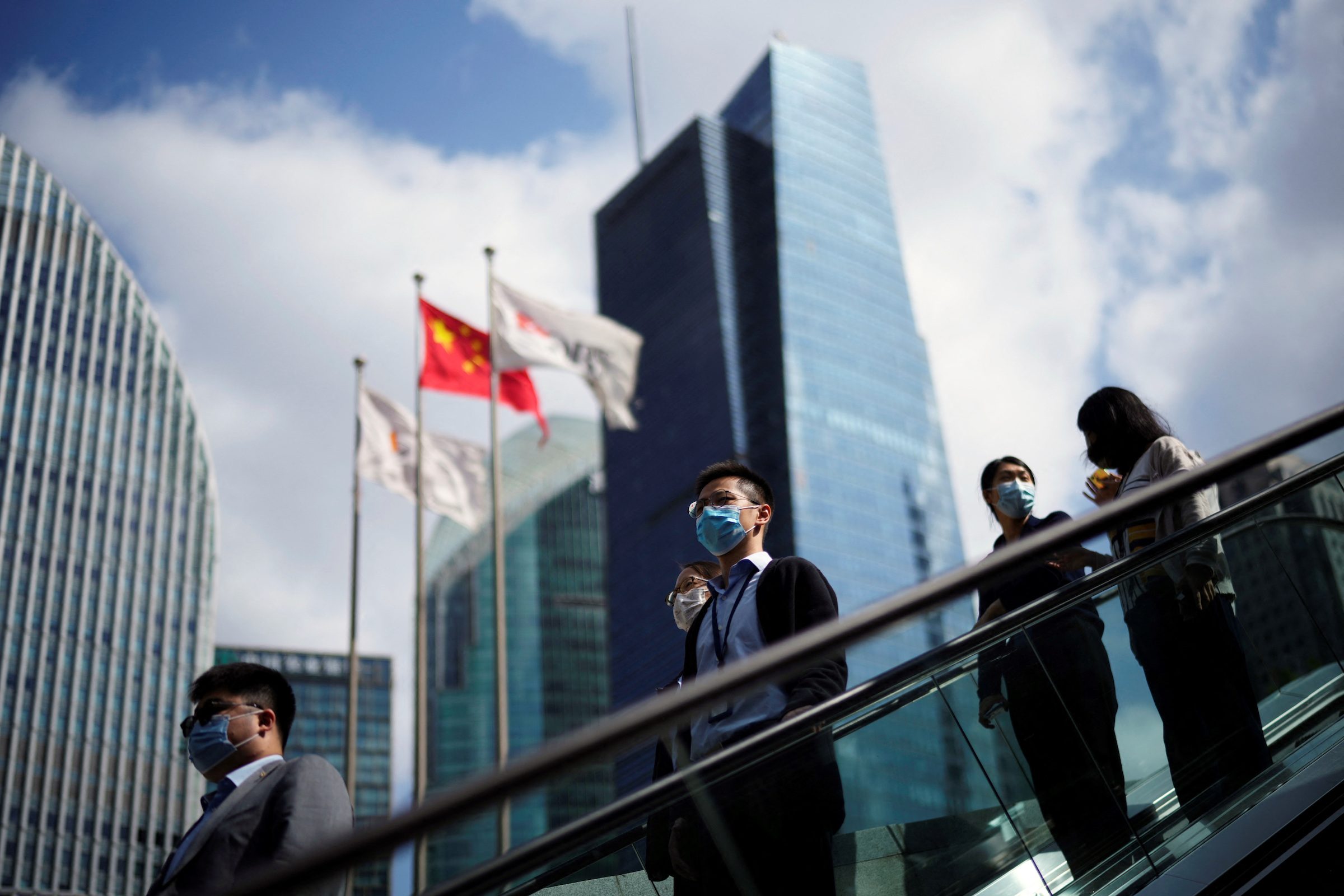 BEIJING, China – China’s economy showed a significant rebound in the third quarter and employment was largely stable, even amid continuing challenges, a senior official at the state planner said on Monday, October 17.

Policymakers have rolled out a flurry of measures to bolster the world’s second largest economy, which narrowly escaped a contraction in the second quarter, as stringent COVID-19 curbs and a deepening property slump weigh on the outlook.

“The economy picked up significantly in the third quarter,” Zhao Chenxin, deputy head of the National Development and Reform Commission, told a news conference during the once-in-every-five-years Communist Party Congress.

“Consumer prices have risen modestly, in sharp contrast to the high global inflation, and the employment remained generally stable.”

China will delay the release of third-quarter gross domestic product (GDP) and September activity data originally scheduled for publication at 10 am local time (0200 GMT) on Tuesday, October 18, according to an updated calendar on the statistics bureau’s website. No explanation was given.

The GDP data had been eagerly awaited by investors, after an unexpected delay of trade figures due to be released on Friday, October 14.

China’s economy likely grew 3.4% in from a year earlier, gaining pace from the 0.4% growth in the second quarter, but the expected 2022 growth could still be one of the weakest in almost half of a century, a Reuters poll suggested.

Policymakers have rolled out more than 50 economic support measures since late May, channeling more money into infrastructure projects and cutting taxes for businesses.

The recovery will be consolidated as the effects of macro policies continue to be released, said Zhao, who conceded the economy still faces multiple headwinds.

“Influenced by changes in the external and internal environment, there are still some outstanding contradictions and problems in the economic operation, and economic development still faces many difficulties and challenges,” he said.

Amid weak consumer and business confidence, firms are wary of expanding and hiring more workers. The nationwide survey-based jobless rate eased slightly to 5.3% in August from 5.4% in July. Youth unemployment stayed high at 18.7%, after reaching a record 19.9% in July.

President Xi Jinping touted the fight against COVID-19 as he kicked off the party congress by focusing on security and reiterating policy priorities on Sunday, October 16, suggesting strict COVID-19 restrictions will not ease anytime soon.

China will take steps to stabilize its supply chains and ramp up policies to attract foreign investment, particularly in the manufacturing sector, Zhao added.