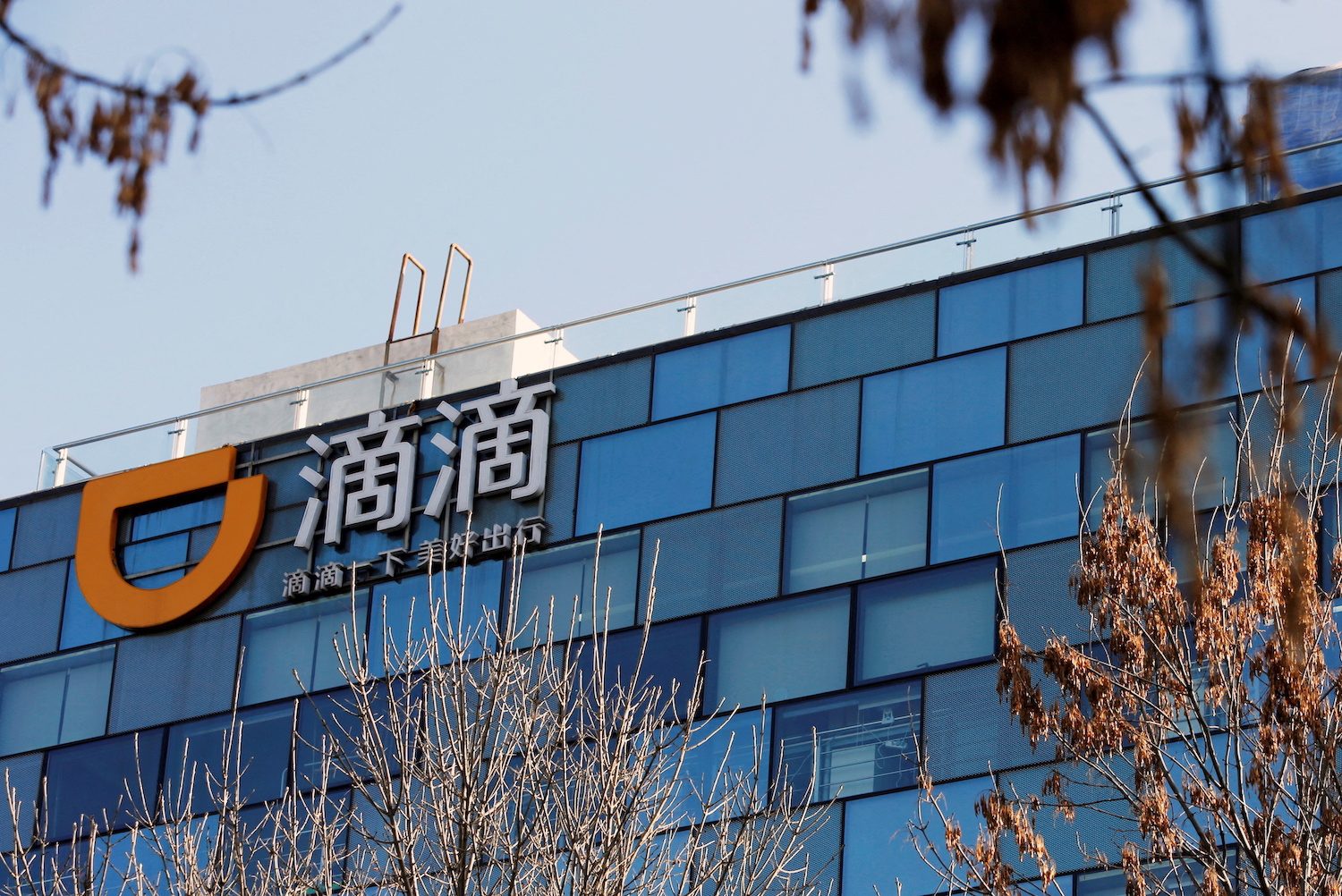 DIDI CHUXING. A Didi logo is seen at the headquarters of Didi Chuxing in Beijing, China, November 20, 2020.

Facebook Twitter Copy URL
Copied
By opting to stay in Russia, Chinese companies may be in a position to grab market share. But how long more will they be able to operate there, given sanctions?

SHANGHAI, China – Chinese firms are staying put in Russia for the moment despite a growing exodus of Western companies – albeit bracing for growing uncertainty – taking a cue from Beijing’s stance of refraining from criticizing Moscow over its invasion of Ukraine.

Even as Apple, Nike, Netflix, fashion chain H&M, and many other Western companies have cut or paused business in Russia amid a tide of sanctions and international criticism of President Vladimir Putin’s actions, Chinese firms so far have stayed largely silent about their operations in Russia.

The Chinese government, which struck a “no limits” partnership accord with Russia just weeks before Moscow’s February 24 invasion, has blamed NATO expansion for the crisis and urged talks to resolve the situation. On social media, the Chinese public has shown overwhelming support for Russia’s attack, which Moscow calls a “special operation.”

Chinese ride-hailing giant Didi Chuxing faced a public backlash in China last week after it announced it would pull out of Russia, with social media users accusing it of succumbing to US pressure on Moscow. It later reversed the decision without giving an explanation.

Lenovo, the world’s No. 1 personal computer maker, was also subject to heavy criticism in China when a local Belarusian news outlet reported, without saying where it got the information, that it would cease supplying Russia. Lenovo did not respond to Reuters’ requests for comment on the issue.

The relatively small size of the Russian market for Chinese firms would however make it easier for them to change tack and join foreign rivals in departing, especially as Moscow faces economic collapse due to growing Western sanctions.

“For most Chinese companies, Russia is just too small of a market for the business to be worth the risk of getting cut off from developed markets or being sanctioned itself,” wrote Dan Wang, an analyst for Gavenkal Dragonomics, in a research note.

By opting to stay in Russia, Chinese companies may be in a position to grab market share. But how long more they will be able to sell there for is a big question, given escalating sanctions and export curbs, analysts said.

In the realm of smartphones, Chinese brands such as Xiaomi and Honor vie with market leader Samsung and Apple for sales in Russia, while Chinese automakers such as Great Wall Motor and BYD have also targeted the Russian market in recent years.

These Chinese smartphone makers use chips designed at least partially with US-origin technology.

This potentially subjects them to secondary sanctions against Russia via the Foreign Direct Product Rule, which stipulates that products with a certain percentage of US-origin technology cannot be shipped to targeted parties without a proper license.

Huawei Technologies and Semiconductor Manufacturing International Corporation (SMIC), two companies that produce critical technologies such as chips and networking gear, are themselves subject to US restrictions, and also rely on overseas technologies to produce final goods.

“Chinese companies will have to make intuitive and technical judgments on the likelihood that the products they’re manufacturing and their related inputs and plants are captured by these complex regulations,” said Nathan Bush, who practices trade and antitrust law at DLA Piper in Singapore.

He said Chinese firms are likely pausing to assess their supply chain’s vulnerability given the “devilishly complicated” nature of the foreign direct product rules.

Xiaomi and Honor did not respond to requests for comment. Huawei, SMIC, Great Wall, and BYD declined to comment.

At least for now, it appears that China Inc is trying to conduct business as usual in Russia and is ready to bite the bullet.

On Wednesday, March 2, the day Apple announced it would pull out of Russia and the rouble tumbled against the US dollar, a commentator asked the Instagram account of Xiaomi Russia whether they planned to raise prices.

“Prices on our official website have not changed,” Xiaomi Russia replied. – Rappler.com