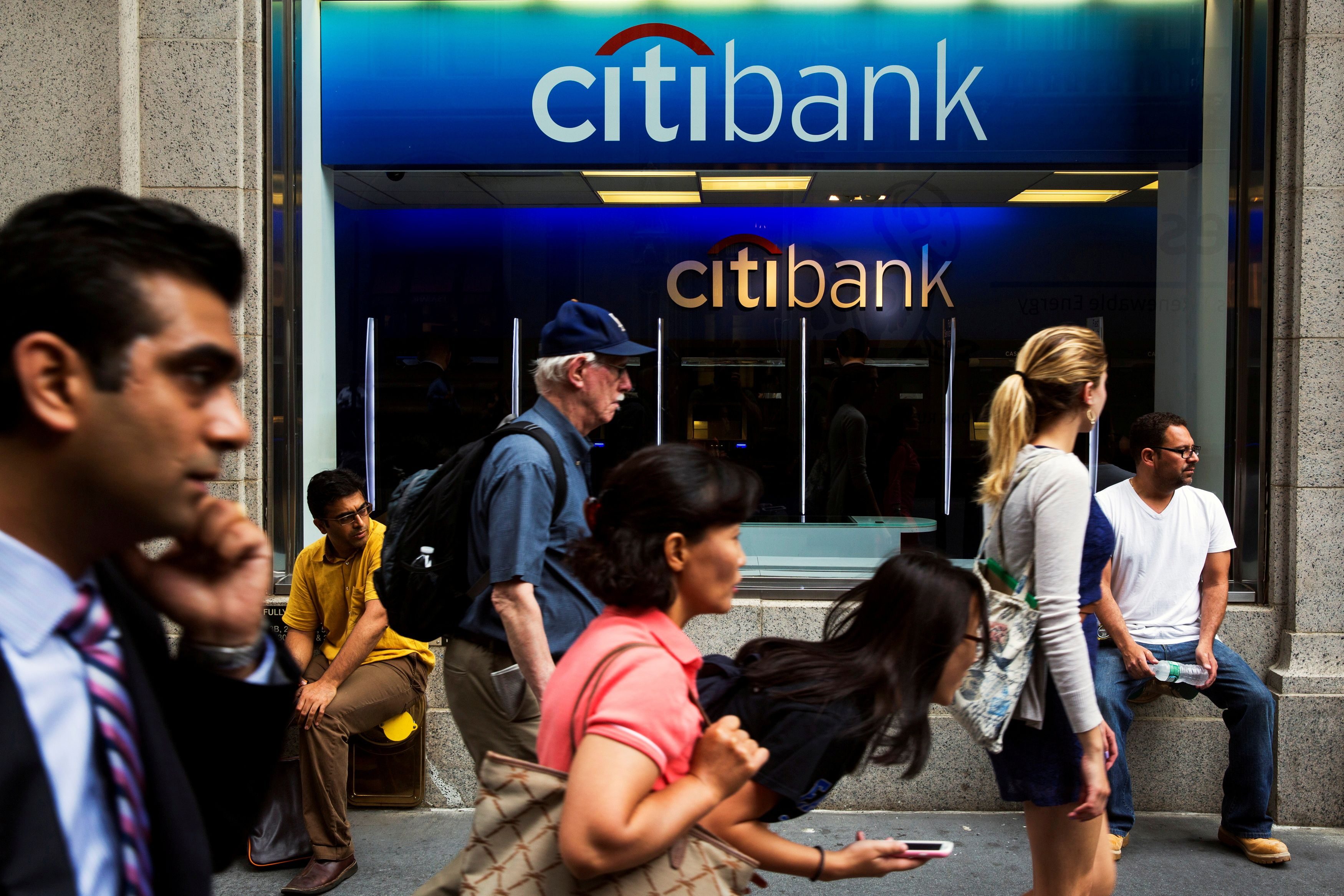 CITIBANK. Pedestrians walk past the facade of a Citibank building in New York, July 14, 2014.

Citigroup comfortably beat market estimates for second-quarter profit on Wednesday, July 14, as the economic recovery allowed the bank to release loan loss reserves and offset a plunge in revenue from lower trading and credit card lending.

The bank’s profits were buoyed by its decision to take down $2.4 billion of loss reserves it had built during the pandemic for expected losses that have not materialized. A year ago, it had added $5.9 billion to its loss reserves.

“The pace of the global recovery is exceeding earlier expectations and with it, consumer and corporate confidence is rising,” chief executive officer Jane Fraser said in a statement.

An economic recovery fueled by vaccine rollouts across the country and a $1.9-trillion stimulus package pushed through by the Biden administration earlier this year is expected to drive banking profits in 2021.

However, unlike larger and more diversified rivals JPMorgan Chase and Bank of America, Citigroup has been unable to offset as much of the drag from the credit card businesses where customers cut back on spending and paid off their loans during the pandemic.

Citi’s consumer bank shrank during the quarter, as fewer consumers took loans on their cards, while deposits also took a hit across all regions. Overall consumer banking revenue fell 7% to $6.8 billion.

Trading revenue slumped 30% to $4.8 billion, as it suffered from comparisons to a year earlier when unprecedented volatility in financial markets helped drive record trading volumes for Wall Street banks.

Revenue from fixed income trading, a strong suit for Citigroup, slumped 43% to $3.2 billion from a year earlier.

“Both the consensus and the reported numbers were distorted by reserve releases which added $1/share to reported EPS and some indeterminate amount to consensus,” said Oppenheimer analyst Chris Kotowski in a note to clients.

Expenses at Citigroup jumped by 7% during the quarter, led by spending to improve its risk and control systems to comply with demands from regulators. The size of the increase suggested that the bank might miss its estimate from April that expenses for the full-year would increase only 2% to 3%.

Investors are particularly concerned about expenses as the bank has been unable to say how much money and time it will take to meet the requirements of regulators and fix its systems.

The expenses are part of what Fraser has called the “transformation” of Citigroup and include technology improvements that she expects will ultimately bring down costs.

Fraser is trying to turn around Citigroup, which has been hurt for years by poor risk and control systems.

Since Fraser took over, she has focused on shedding unprofitable businesses across Citi’s sprawling global operations as she looks to make the bank more profitable and shed its reputation of being a banking industry laggard.

Fraser announced in April that the bank would exit consumer businesses in 13 markets, mostly in Asia, where it has not had enough scale to earn satisfactory profits. (READ: BPI eyes acquiring Citi’s Philippine retail business) – Rappler.com