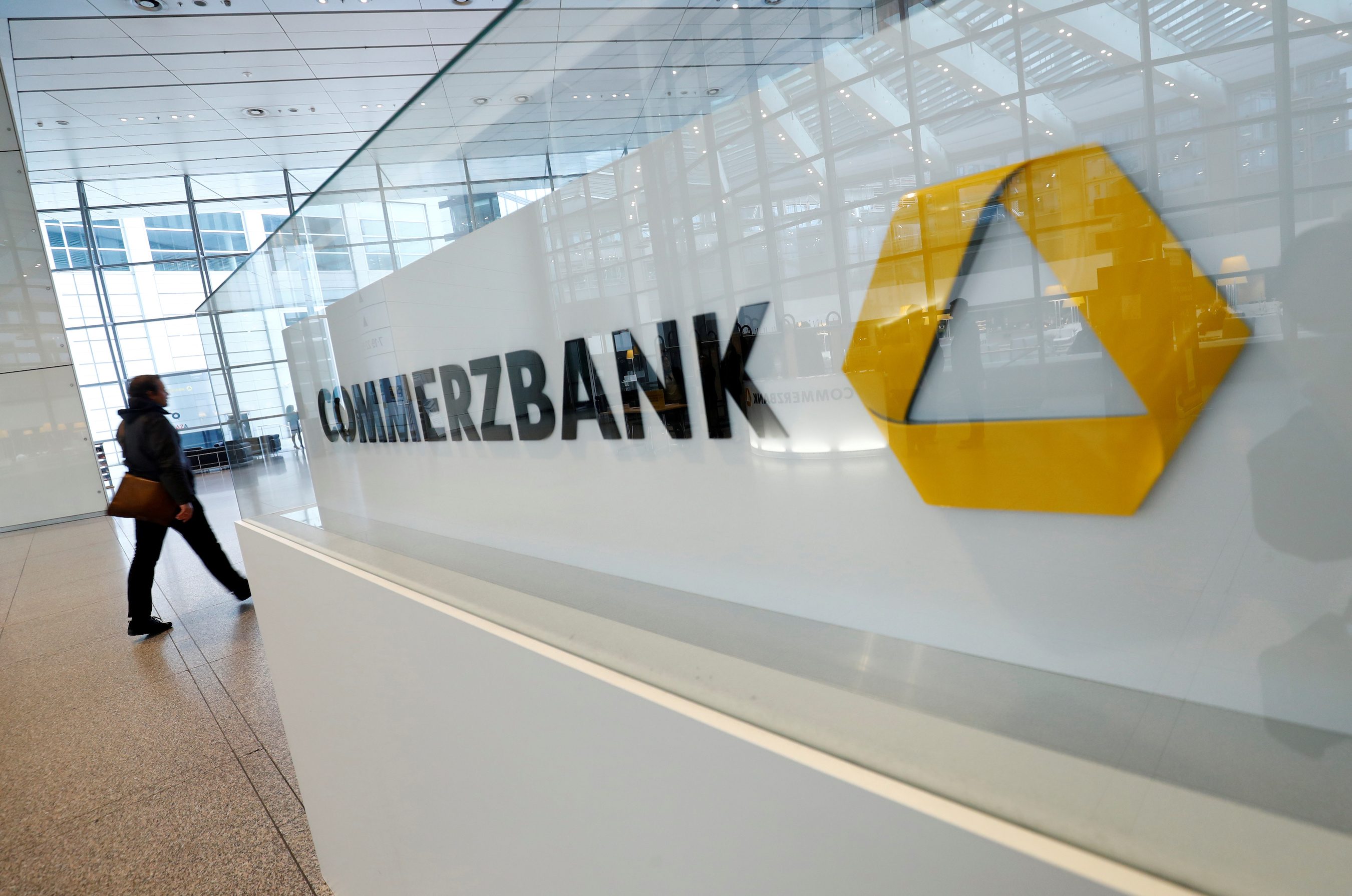 COMMERZBANK. A company logo is pictured at the headquarters of Commerzbank AG in Frankfurt, Germany, February 13, 2020.

Commerzbank chief executive Manfred Knof on Wednesday, February 3, finalized plans to cut 10,000 jobs and close hundreds of branches, a radical overhaul that came a month after he took the reins of Germany’s No. 2 bank.

The bank also announced that it would post a net loss of nearly 2.9 billion euros ($3.5 billion) for 2020, compared with a profit of 585 million euros a year earlier.

The bank’s management team hopes the revamp will revive the fortunes of the partly state-owned lender, which has struggled to boost profits amid executive reshuffles and strategy zigzags. The bank has never fully recovered after a state bailout during the last financial crisis more than a decade ago.

Knof, who made public the plan’s outline last week, has been discussing details with the supervisory board and management over the past few days.

He has argued that the cuts were a necessary “bitter pill,” while one prominent labor representative said they were “simply crazy.”

The CEO won the day. Big shareholders like the German government and the US private equity company Cerberus have seen the need for drastic measures, and regulators also support the effort.

“Our new strategy creates the prerequisites for a sustainably profitable Commerzbank,” Knof said.

The plan means that by 2024 the bank will cut nearly a quarter of its full-time positions – and nearly 1 in 3 of its jobs in Germany. The branch network will drop to 450 from 790.

The bank has had a turbulent time over the past two years, with on-again-off-again talks to merge with rival Deutsche Bank and then to sell a big Polish subsidiary.

“Knof is trying to make the bank fit enough to stand alone on its own two feet,” said Andreas Thomae, a portfolio manager at Deka, a top-10 investor in Commerzbank.

These are grim times for rank-and-file workers in Germany’s banking industry. Deutsche Bank is also shedding staff, and low-paid call center employees have gone on strike in a pay dispute.

The overhaul has been long in the making, with discussions about major job cuts taking place earlier last year. But talks were then put on hold by the sudden resignation of the bank’s chief executive and supervisory board chief. – Rappler.com