Daimler to cut costs by 20%, focus on electric cars 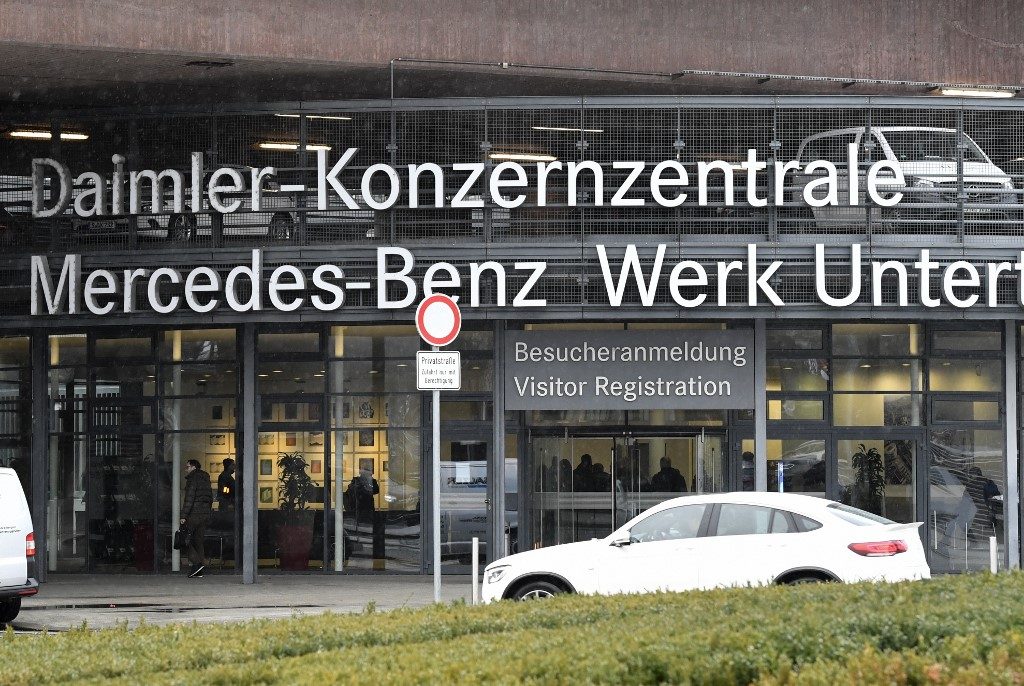 The entrance to the headquarters of Daimler AG is seen in Stuttgart, Germany, on February 11, 2020. - Mercedes-Benz parent company Daimler reported plunging profits for 2019, after setting aside billions of euros to deal with potential fallout from the industry-wide "dieselgate" emissions cheating scandal. (Photo by THOMAS KIENZLE / AFP)

Mercedes-Benz maker Daimler said Tuesday, October 6, it plans to slash costs by 20% by 2025, including through staff adjustments, as it struggles to refocus on the luxury electric-vehicle market.

“Fixed costs will be cut by more than 20% by 2025 in absolute terms compared to the 2019 baseline, via reduced spending, capacity adjustments, and lower personnel costs,” the German carmaker said.

Daimler didn’t detail the impact on staff, but in November 2019 it said that it plans to save 1.4 billion euros ($1.6 billion) in personnel costs by 2022 and eliminate at least 10,000 jobs through voluntary departures or early retirements.

German media have since estimated as many as 30,000 jobs might be on the line now as the auto industry confronts fallout from the coronavirus pandemic.

Daimler said “2020’s events have confirmed that the company’s break-even point is too high” and that “further actions will be needed.”

The Stuttgart-based company said it would “accelerate” development of electric cars, with 4 new electric vehicles set to launch from 2021 under its EQ sub-brand, as it races to comply with new European emissions regulations.

Daimler will also concentrate on its luxury branding, including building up its AMG, Maybach, and G marques.

“We have not yet lived up to our full potential in terms of turning volume success into profit growth,” Daimler chief executive Ola Kallenius told a virtual investor conference.

“That’s why we have refocused and are launching our new strategy.”

The company has pursued a restructuring plan since Kallenius, 51, took over as CEO in 2019, before the pandemic upended the industry as lockdowns shuttered factories and closed showrooms in the spring.

It also contended with the fallout of the “dieselgate” scandal that started with fellow German carmaker Volkswagen in 2015.

In August, Daimler agreed to settlements worth $2.2 billion over emissions cheating software in its diesel vehicles in the United States.