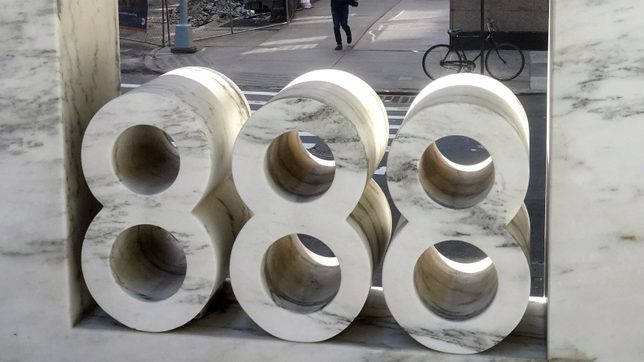 888. A person walks past 888 7th Avenue, a building that reportedly houses Archegos Capital, in the Manhattan borough of New York City, March 29, 2021.

Facebook Twitter Copy URL
Copied
The impact of Archegos Capital's troubles seems to have been limited to a handful of stocks, but there are other signs of potentially excessive risk-taking

Highly leveraged Archegos Capital’s downfall is the latest signal of investors’ hunger for risk-taking being far from satiated even after a run that has lifted the S&P 500 index around 80% in a year.

The impact of the hedge fund’s troubles seems to have been limited so far to a handful of stocks – from ViacomCBS and Discovery to the shares of investment banks who dealt with the fund, such as Credit Suisse – without rippling out into broader markets.

Yet, there are other signs that the mood has turned exuberant in recent months, leading to potentially excessive risk-taking across asset classes.

Among those are the market’s robust appetite for special purpose acquisition companies (SPACs) and the popularity of cryptocurrencies such as Bitcoin. And an 850% rally in the shares of GameStop, fueled by retail investors with the help of options on sites such as Reddit’s WallStreetBets.

“My guess is we are going to see a whole series of these examples and we will be looking back on this in several years and saying this was a period of phenomenal widespread risk-taking where standards were lowered,” said Andrew Beer of Dynamic Beta Investments.

Equities now account for 50% of all assets held by households, mutual funds, pension funds, and foreign investors, the highest level since the tech bubble of two decades ago, research from Goldman Sachs showed. Many investors are leveraging that stock exposure through options, with equity options trading volume up 85% last year from 2017, according to data from Trade Alert.

And after a stretch of bearishness following the COVID-19 pandemic’s initial outbreak last year, both institutional and individual investors see better times ahead. Fund managers in a BofA Global Research survey have ratcheted up their exposure to commodities to record highs – a bet on a global recovery – while cash levels stand near 8-year lows.

Nearly 51% of individual investors, meanwhile, believe stocks will rise in the short term, compared with an historical average of 38%, according to the latest American Association of Individual Investors Sentiment Survey.

Plenty of investors have justified the optimism by pointing to the unprecedented amounts of stimulus doled out by the US Federal Reserve and US lawmakers, as well as a countrywide rollout of vaccines against COVID-19.

Federal Reserve officials earlier signaled they expect growth of 6.5% this year, which if achieved would mark the fastest expansion since the 1980s, compared to a 3.5% contraction suffered in 2020, the steepest annual downturn in more than 7 decades.

While “the path higher for US stocks will be complicated and filled with fresh risks, US stocks will likely finish the year much higher,” said Edward Moya, senior market analyst at Oanda.

But confidence that markets will continue to rise can lead some investors to take risks such as overusing leverage, which helps magnify gains but can also result in mushrooming losses if a trade goes the wrong way.

Archegos Capital’s troubles may have been one example of leverage gone awry.

The fund bought derivatives known as total return swaps which allow investors to bet on stock price moves, without owning the underlying securities, according to one source familiar with the trades.

Archegos had assets of around $10 billion but held positions worth more than $50 billion, according to the source, who declined to be identified.