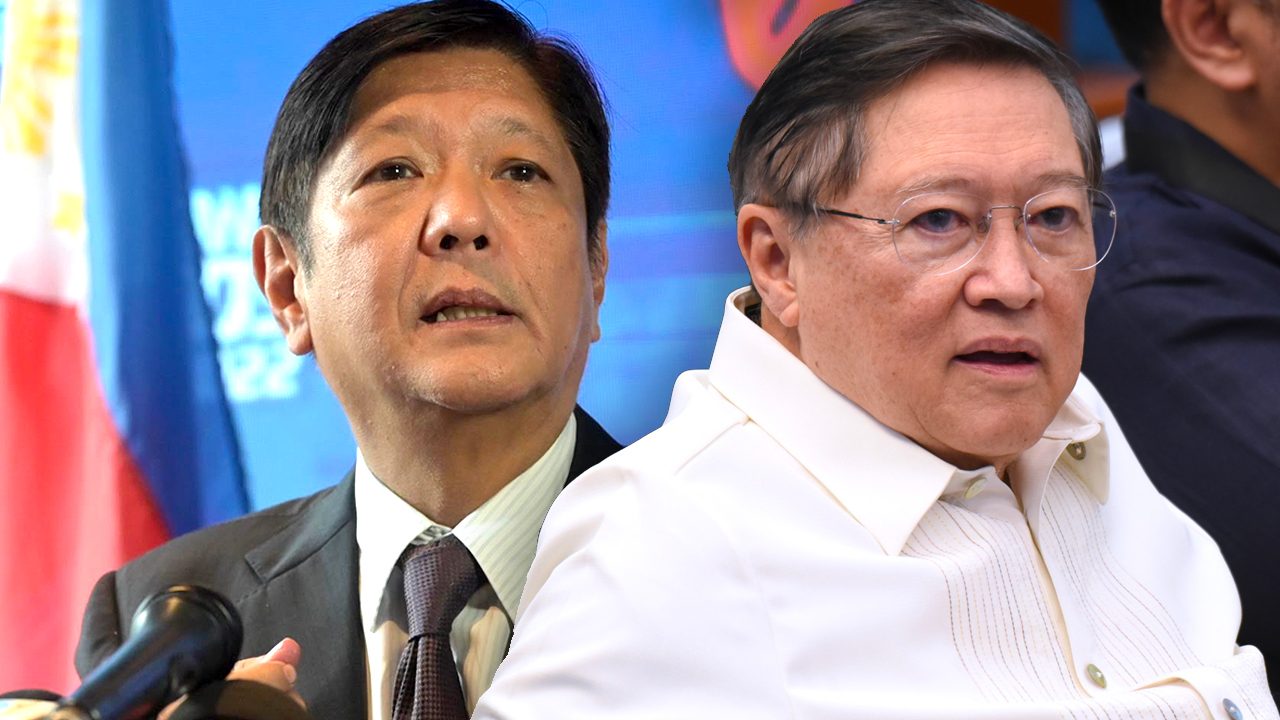 Facebook Twitter Copy URL
Copied
For the Department of Finance, borrowing more or cutting spending are not viable options. Presumptive president Ferdinand Marcos Jr. would have to impose new taxes and hold off on lowering income tax. 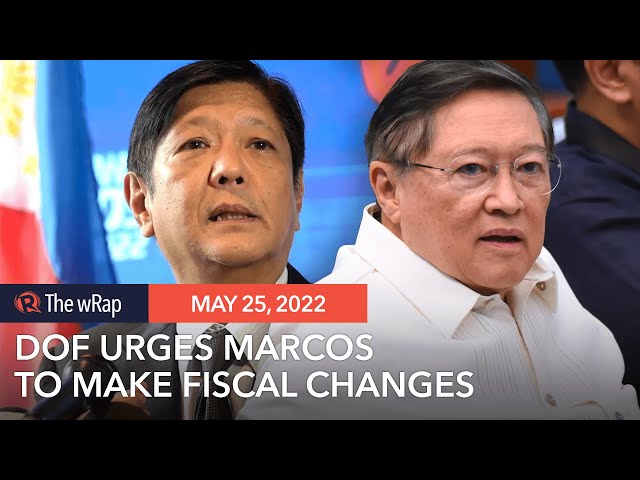 In a briefing on Wednesday, May 25, for select members of the press, excluding Rappler and several others, the DOF said raising taxes and deferring scheduled exemptions would be “our best option” and are “designed to secure the gains” of the Duterte administration. The quotes in this story are based on the DOF’s press release, while the charts below were sourced from an official who was in the briefing.

To give Marcos more cash to implement his intended projects, the DOF proposed deferment of the personal income tax reduction scheduled in 2023, as specified by the Tax Reform for Acceleration and Inclusion or TRAIN law. According to the DOF, doing so would give the government P97.7 billion per year.

For 2023 onwards, income tax rates are supposed to go down further. Here is a breakdown of the originally scheduled reduction:

“Pursuing the fiscal consolidation and resource mobilization program as proposed will help us continue to spend on socioeconomic programs, maintain our credit ratings, and grow out of our debt,” said Finance Secretary Carlos Dominguez III. “Taking action now is our responsibility to future generations.”

The DOF also proposed expanding the value-added tax (VAT) base and repealing exemptions to save P142.5 billion. The agency said exemptions for education, agriculture, health, the financial sector, and raw food should be retained.

It also suggested the reimposition of the 60-month amortization period of input VAT on capital goods.

The agency further recommended slapping excise taxes on the following: The agency also suggested that Marcos slap taxes on cryptocurrencies, as well as a carbon tax.

In addition, the DOF reiterated its call for the passage of the remaining tax reform packages, particularly the Passive Income and Financial Intermediary Taxation Act, Real Property Valuation and Assessment Reform Act, the rationalization of mining tax perks, and the indexation of petroleum excise taxes and excise tax reform on coal.

Bureau of the Treasury data show that the Philippines needs to raise P249 billion every year in incremental revenues for the next 10 years to pay the country’s P3.2 trillion in incremental debt.

The measures proposed by the DOF are estimated to yield an average of roughly P284 billion every year for the national government.

The Marcos family has an estate tax liability of P203 billion, still unpaid over two decades after the Supreme Court ruling on the matter became final and executory in March 1999.

What happens if Marcos rejects the proposals?

Dominguez warned that inaction on fiscal consolidation could “force the government to cut spending on necessary socioeconomic programs or to finance debts with additional borrowings, resulting in cascading effects on interest payments that could also ultimately force budget cuts and stifle economic growth.”

He added that “not pursuing a fiscal consolidation and resource mobilization program may likely lead to serious and spiraling consequences to our financial and economic health.”

Officer-in-Charge Undersecretary Valery Joy Brion, who heads the DOF’s Domestic Finance Group, said that “by the end of 2022, the Philippine government will have borrowed P3.2 trillion more than initially planned in December 2019, prior to the outbreak of the COVID-19 pandemic here in the Philippines.”

“Our debt-to-GDP level stands at 63.5%, slightly higher than the internationally prescribed best practice of 60% of GDP,” Brion said.

As early as 2023, the Philippine government will begin principal payments for loans incurred over the past two years, according to Brion.

Brion added that borrowing more “cannot be a viable option” as it puts the country at risk of its investment-grade credit ratings getting downgraded. Interest payments would also balloon, reducing the resources available for productive spending.

She added that cutting spending would “imperil the country’s economic recovery and lead to reduced budgets on education, health, infrastructure, and other socioeconomic priorities.” – Rappler.com