Disasters cause $210 billion in damage in 2020, insurer says 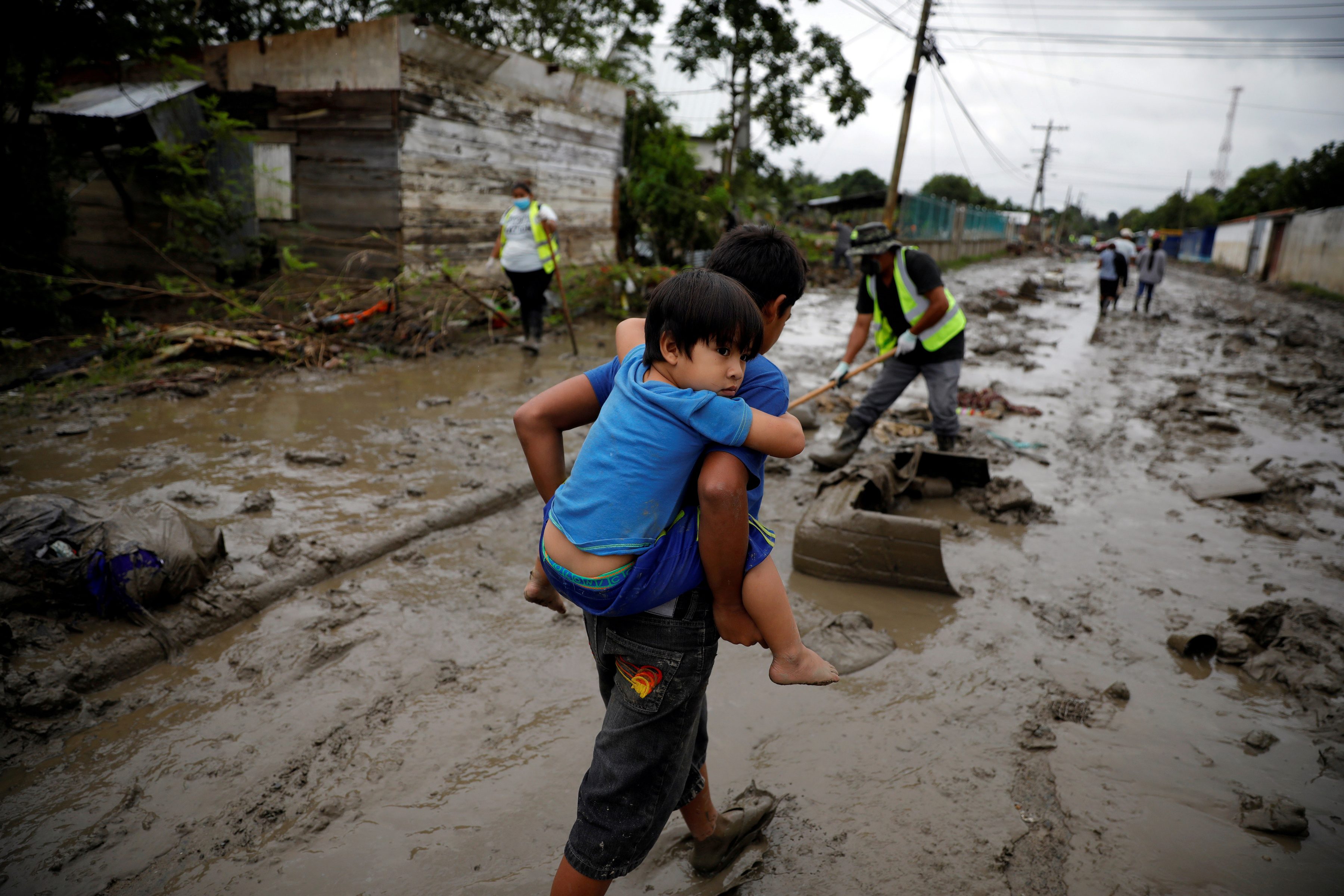 AFTERMATH. A child carries his brother in a street covered in mud after the floods caused by Hurricanes Eta and Iota, in La Lima, Honduras, December 8, 2020.

Facebook Twitter Copy URL
Copied
Losses that were insured rose to $82 billion in 2020 from $57 billion in 2019, according to Munich Re

Natural catastrophes around the world resulted in $210 billion in damage in 2020, with the United States especially hard hit by hurricanes and wildfires, a top insurer said on Thursday, January 7.

The damage, tallied by the German reinsurer Munich Re, increased from $166 billion in the previous year, and comes as a warming planet heightens risks.

Losses that were insured rose to $82 billion from $57 billion in 2019, Munich Re said. They add to the burden of the coronavirus pandemic that has hit the insurance industry hard.

“Climate change will play an increasing role in all of these hazards,” said Munich Re board member Torsten Jeworrek, pointing to hurricanes, wildfires, and other storms.

The hurricane season was “hyperactive,” with a record 30 storms, surpassing 2005’s 28 storms, Munich Re said.

Heat waves and droughts are fueling wildfires, with $16 billion in damage last year in the US West.

Floods in China were the most costly individual loss at $17 billion, but only 2% of the damage was insured. – Rappler.com