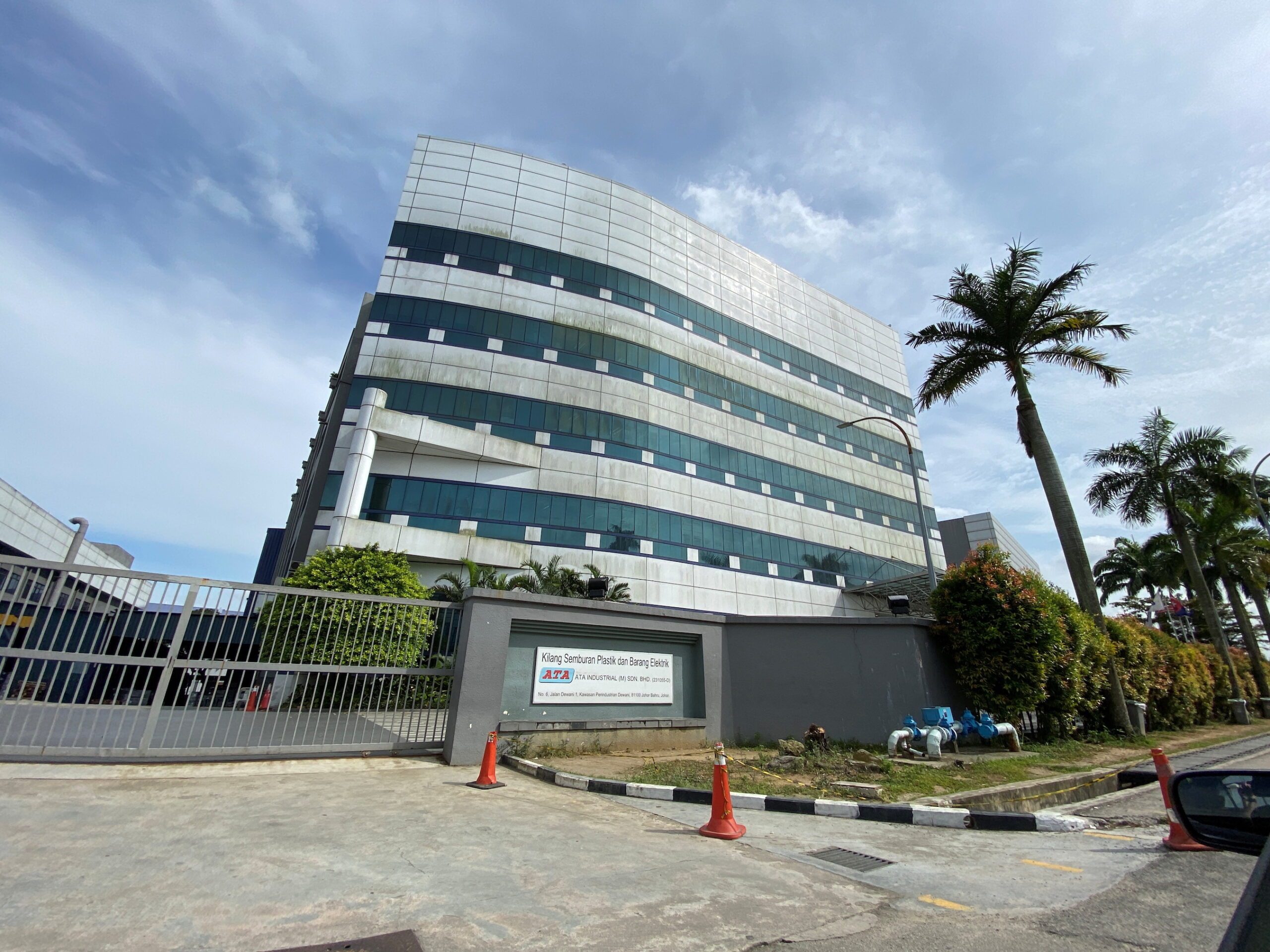 ATA IMS. A view of the exterior of one of the ATA IMS Bhd factory buildings in an industrial park in Johor Bahru, Johor State, Malaysia, November 28, 2021.

JOHOR BAHRU, Malaysia – A short drive across the border from Dyson’s new headquarters in Singapore is the boomtown built around its business: a Malaysian industrial area dominated by its biggest supplier, ATA IMS Bhd.

ATA, one of Malaysia’s top electronics manufacturing services providers, rode Dyson’s success in high-end vacuum cleaners and air purifiers, supplying parts for a company that came to account for 80% of its revenue.

Ten current and former employees, and a former ATA executive, say the growth came at an unseen cost: its mostly migrant workforce worked up to 15 hours a day, were often asked to skip rest days to keep up with demand, and were coached to hide true working and living conditions from labor inspectors and Dyson.

After questions from Reuters on November 18, Dyson last month said it would pull its business from ATA in six months, citing a recent independent audit on conditions for workers and allegations by an unidentified whistleblower.

ATA said in a statement it was audited by the Responsible Business Alliance, a body widely engaged by electronics firms to conduct factory audits. RBA hires third-party auditors for the inspections. It declined to comment.

On Monday, November 29, ATA said it had seen the summary of Dyson’s audit, which found poor living conditions, concerns of retaliation, and unpaid allowances, among other issues. It described the findings as “non-conclusive” and said it was reviewing them. Reuters has not seen the audit.

ATA declined to comment, and referred Reuters to its recent public statements.

Dyson said on Tuesday, November 30, it wouldn’t comment because the accusations related to ATA.

Malaysia on Wednesday, December 1, said it would charge ATA over complaints it had received through the labor department. It did not say what the charges or complaints were about or whether they related to the workers’ accusations about its Dyson factories.

After Dyson’s move, ATA shares dropped 60%. Some analysts have raised doubts about ATA’s ability to attract new customers, and on Monday a statement from the firm forecast revenue declines and cost cuts.

With Dyson’s departure, six workers and shopkeepers interviewed in the Johor Bahru industrial area said they feared they might lose their livelihoods.

“There is no guarantee of a job here anymore,” said one off-duty ATA worker, wearing his royal-blue factory work shirt on a recent Sunday. Like others, he asked not to be identified for fear of reprisal.

ATA officially employs around 8,000 workers, although four ATA workers and the former executive estimated its workforce had been as high as 17,000 until recently, including those without permits. Most of the 17,000 were from Bangladesh and Nepal, according to the workers and executive.

ATA’s factories are concentrated in adjacent industrial parks in suburban Johor Bahru, a 30-minute drive to Singapore, where Dyson is headquartered.

ATA posted record revenue of 4.2 billion ringgit ($991.74 million) for the fiscal year that ended in March. Dyson, owned by British billionaire James Dyson, accounted for nearly $800 million of that.

Analysts say the increased scrutiny of Malaysia could increase production costs and deter investors. The United States has banned six Malaysian firms in the last two years over accusations of forced labor.

“Cost will definitely move up because a lot more care has to be taken into account, not just on recruitment but also worker accommodation. The ramifications are significantly higher costs for labor,” said Vincent Khoo, head of Malaysia research at brokerage UOB Kay Hian.

Malaysia, which makes everything from iPhone components to semiconductors, is reliant on electrical and electronics manufacturing in particular for exports and economic growth. Between January and October 2021, such products accounted for 36% of total exports.

Foreigners make up about 10% – 1.48 million – of Malaysia’s workforce, according to government data, though that percentage is higher in the manufacturing sector. The government and labor groups estimate millions more undocumented migrants.

‘We need your cooperation’

Until recently, audits of ATA had not revealed any issues, according to ATA and Dyson. A 2020 audit gave ATA a perfect score on working conditions, ATA said in May. Dyson did not confirm that score.

The employees told Reuters that ATA supervisors coached factory staff on what to tell auditors. Two said supervisors told them that if they told the truth about working conditions, Dyson would cut its orders with ATA.

In July, an ATA supervisor instructed workers in a WhatsApp group to tell auditors they did not work on Sundays and worked no more than three hours of overtime per day. The supervisor has not responded to repeated calls from Reuters. According to workers and payslips seen by Reuters, workers regularly worked Sundays and up to six hours of overtime.

“We need your cooperation… Please brief all the employee… to avoid issue during audit,” read the message, dated July 2 and seen by Reuters.

Employees also said the plant had been cleaned and safety equipment distributed ahead of audits, and that workers without permits were asked to stay away.

When Dyson officials visited, ATA stopped Sunday work and cut back on overtime, the employees said. ATA and Dyson declined to comment.

The US Customs and Border Protection opened an investigation into ATA in April over unethical recruitment practices and poor working and living conditions, according to independent labor rights activist Andy Hall, who sought the inquiry. He showed Reuters a letter dated April 19 from the agency informing him of the investigation. CBP declined to comment.

Nepalese national Dhan Kumar Limbu, 32, said people working with Hall contacted him in April as part of his investigation into ATA, and Limbu said he shared details about working and living conditions with them. Hall confirmed Limbu’s account.

Limbu said that in June, ATA officials took him to a police station, where he was questioned about sharing information with activists, then beaten by police. He fled Malaysia and is now back in Nepal. Limbu told Reuters he told Dyson’s lawyers about the ATA working conditions in an interview on October 1.

ATA also hired a law firm to review Limbu’s claims and said in a statement last week that preliminary findings indicate “the allegations may be unjustified.” The police have said they are investigating whether officers beat Limbu.

Employees said ATA started to make some changes since the accusations came to light in May, when it first publicly denied the allegations. The company reimbursed some workers 7,000 ringgit in July for what they paid labor brokers in their home countries, according to Limbu, other workers, and payslips seen by Reuters.

ATA also stopped employing foreign workers without permits and closed a crowded dorm that had housed 60 people to a room, workers said.

Limbu and other employees Reuters interviewed said Dyson should have stayed to ensure working and living conditions improved for migrant workers.

“My intention to share information was to improve conditions for the workers and get rest days. But now with Dyson’s decision, people will lose jobs,” Limbu said. – Rappler.com

#CheckThisOut: Must-haves to help you go full goblin mode in 2023