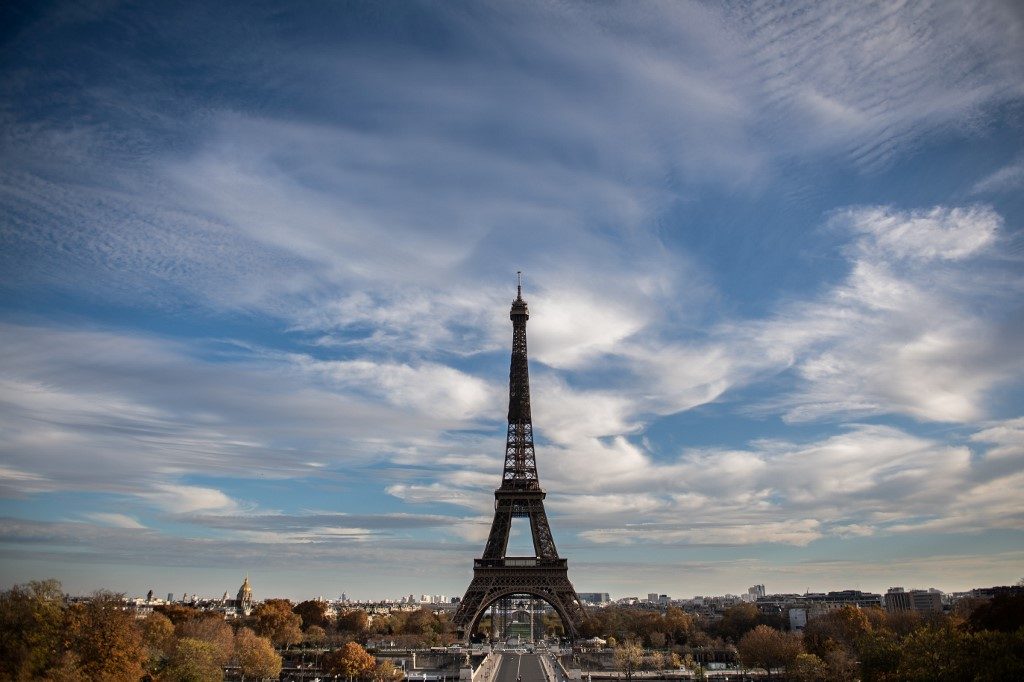 LANDMARK. A picture shows the Eiffel Tower in Paris, France, on November 14, 2020.

Facebook Twitter Copy URL
Copied
'The movement of Paris and Zurich to join Hong Kong at the top spot was spurred on by the rise of the euro and Swiss franc against the US dollar,' says The EIU in its Worldwide Cost of Living 2020 report

Paris and Zurich have joined Hong Kong as this year’s costliest cities worldwide, while Singapore and Osaka have slipped from their joint-top spot after the coronavirus pandemic weakened the dollar, a survey published Wednesday, November 18, showed.

The biggest mover was Tehran, which jumped 27 places on United States sanctions, The Economist Intelligence Unit (The EIU) added in its Worldwide Cost of Living 2020 report.

The pandemic’s effect on the dollar was however the biggest factor for places switching, the financial research group noted.

“The COVID-19 pandemic has caused the US dollar to weaken while western European and north Asian currencies have strengthened against it, which in turn has shifted prices for goods and services,” said Upasana Dutt, head of worldwide cost of living at The EIU.

The EIU said “Singapore and Osaka, which have been dislodged from their joint-first with Hong Kong, find themselves at fourth and fifth ranks, respectively, with Osaka tying with Tel Aviv.

“The movement of Paris and Zurich to join Hong Kong at the top spot was spurred on by the rise of the euro and Swiss franc against the US dollar, as well as the comparative decline in the cost of living in the two Asian cities that previously sat at the top of the table,” it added.

The report noted that prices in Singapore fell on an exodus of foreign workers.

“With the city state’s overall population contracting for the first time since 2003, demand has declined, and deflation has set in.

“Osaka has seen similar trends, with consumer prices stagnating and the Japanese government subsidizing costs such as public transport.”

New York, the city the index is benchmarked against, and Los Angeles both fell in the rankings.

The Big Apple fell one spot to joint-seventh with Geneva, and Los Angeles dropped to ninth – equal with Copenhagen.

“The coronavirus pandemic has impacted spending habits all over the world, with the prices of essential goods proving more resilient than those deemed non-essential,” the report said.

“However, this translates to prices for staples, such as coffee, cheese, rice, and orange juice, remaining flat, rather than necessarily increasing.

“Clothing was the only category to see an average fall in the index…[as] many consumers delayed wardrobe changes.”