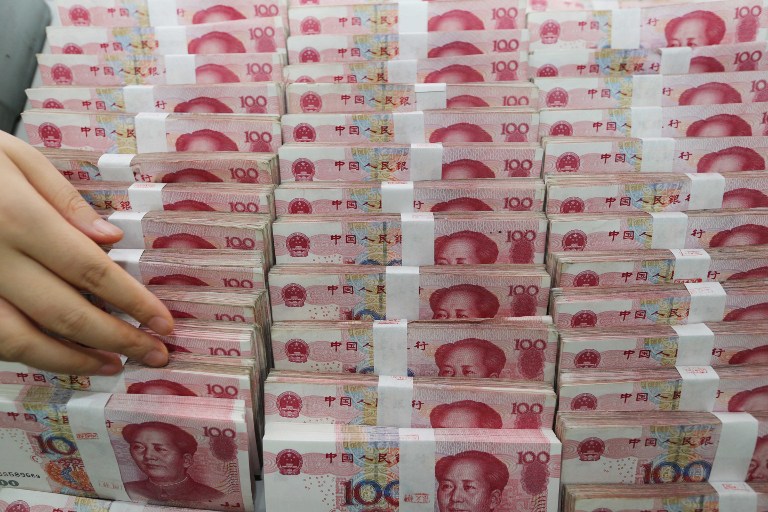 SHANGHAI, China – China cut the reference rate for its currency for the third straight day on Thursday, August 13, authorities said, after their surprise devaluation of the yuan this week unsettled global financial markets.

It was also lower than Wednesday’s (August 12) close, and comes after China adopted a more market-oriented method of calculating the currency rate in a move widely seen as a devaluation.

The cuts have put financial markets on edge, sparking worries of a “currency war” as other countries feel pressure to devalue and raising questions about the health of the world’s second-largest economy, where growth is already slowing.

Asian markets were mixed on Thursday, but China’s benchmark Shanghai index was up 0.74% by mid-morning.

China keeps a tight grip on the yuan, allowing it to fluctuate up or down just two percent on either side of the reference rate, which it sets daily.

The People’s Bank of China (PBoC) on Tuesday, August 11, announced a “one-time correction” of nearly two percent in the yuan’s value against the greenback as it changed the mechanism.

Previously, it said it based the fixing on a poll of market-makers, but declared it would now also take into account the previous day’s close, foreign exchange supply and demand and the rates of major currencies.

It has since lowered the central rate twice more, and the week’s combined drop is the biggest since China set up its modern foreign exchange system in 1994, when it devalued the yuan by 33% at a stroke.

Analysts viewed the move as a way for China to both boost exports by making its goods cheaper abroad and push economic reforms as it seeks to become one of the reserve currencies in the International Monetary Fund’s SDR (special drawing rights) group.

But the volatility in the normally unusually stable unit has raised concerns, and Bloomberg News reported Wednesday the central bank had intervened in the market to prop it up.

“The central bank, if necessary, is fully capable of stabilizing the exchange rate through direct intervention in the foreign exchange market to avoid (the) herd mentality resulting in irrational movements of the rate,” Ma was quoted as saying by the official Xinhua news agency.

He also dismissed the possibility that China was seeking to wage a currency war, saying there was no need as exports were expected to pick up in the second half of the year.

“China does not have the need to start a currency war to gain advantage,” he said. – Rappler.com