How the millennial consumer is reshaping the PH economy 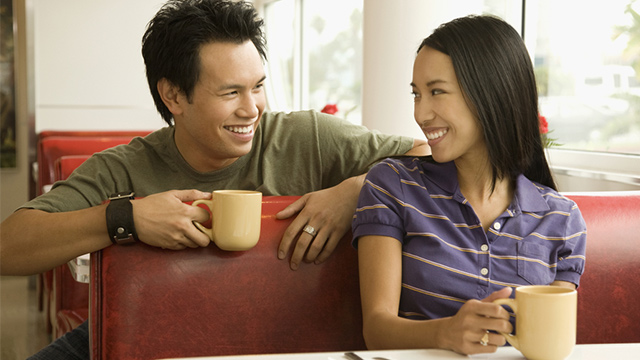 MANILA, Philippines – The Philippines may attain an economic growth of 7% to 8% within a decade should it capitalize on the country’s expanding youth who are mostly described as enthusiastic, optimistic, and entrepreneurial, Maybank Group said on Tuesday, August 25.

“The Philippines is on the cusp of an economic transformation and the key driver will be its favorable demography,” Maybank Group CEO Datuk Abdul Farid Alias said during Invest ASEAN 2015 Edition Conference.

According to Maybank, which is ASEAN’S 4th largest bank by assets, the Philippines has a young population with a median age of 23 and declining fertility rate. This will lead to an increase in the number of working adults who will drive domestic demand and spur economic growth.

Maybank said the Philippines’ potential gross domestic product (GDP) growth currently is 6% to 7%, but demographic dividends are expected to drive it to 7% to 8%.

The economy’s growth in the first quarter is slower than the 5.6% GDP growth in the same period in 2014. It was also down from 6.6% in the 4th quarter last year, and the slowest pace since the 3.8% growth recorded in the last quarter of 2011. 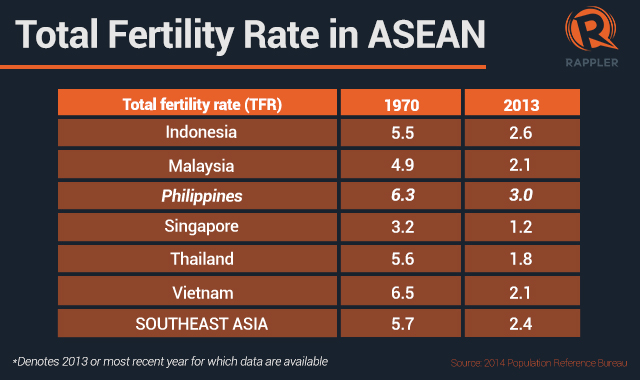 According to Maybank, the Philippines’ surging middle class will provide the kick to a much stronger economic growth within a decade. But that entails taking the right steps with respect to education, labor policy, and productivity-enhancing measures.

The lower fertility rate will impact the Philippines’ population structure resulting in an increase in the size of the workforce relative to young and old dependents, said Maybank, citing data from the 2014 Population Reference Bureau.

“This could lead to a rise in disposable income and the doubling of the middle class which bodes well for the Philippines where private consumption is the bedrock of its economy, accounting for about 70% of total GDP,” Alias said during the conference.

Private consumption in the country, according to Asian Development Bank chief economist Shang-Jin Wei, has been high and steady.

“This is unlikely to change as per-capita income continues to rise, unemployment falls, and growth becomes more widely dispersed throughout the country,” Wei said.

The increasing spending among millenials has forced companies to change the ways they buy and sell and examine how they do business for decades to come. 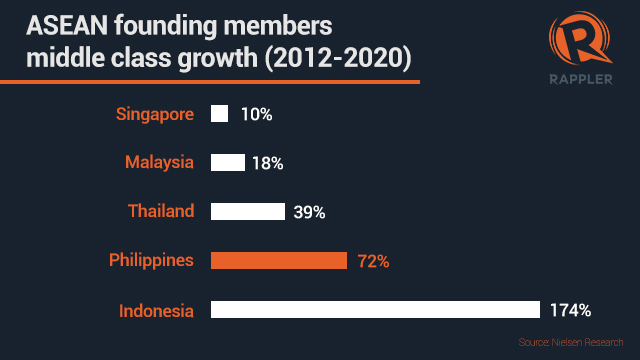 Retail boom
Philippine consumer companies have been expanding, led by leading retailing chains. This is to capitalize on the country’s attractive demography and vibrant economy, driven by private consumption.
Anecdotal evidence shows consumers moving up to more premium products such as higher-end coffee shop Starbucks.
According to Maybank analysts Lovell Sarreal and Jaclyn Jimenez, Starbucks has over 200 stores in the Philippines and P6.5-billion ($139.27 million) revenue last year.
“The successful launch of Magnum ice cream in 2012, which is priced at P55 per stick versus the P20 per serving of Cornetto, is another example,” the analysts said.
The Philippines has also seen the proliferation of international brands in recent years.
Fast fashion, according to Maybank, is good example where Forever21, Zara, H&M, Gap, Old Navy, and Uniqlo are doing well even with price points normally at a premium to local brands.
SSI Group Incorporated president Anthony Huang said his company is seeing continued interest from international retail brands, taking into account the country’s young population and increasing disposable income.
“Interests from new brands are increasing because of the country’s young population,” Huang said on the sidelines of the event.
“For SSI, we continue to seek brands and suppliers that manufacture within ASEAN region and allow us to make the most of ASEAN free trade agreement. That is a key to our expansion – to expand our retail concepts and explore new geographic areas,” he added.
As of first half of the year, Huang said SSI is already working with about 115 brands.
Thanks to millenials, the Philippines has one of the highest workforce growth in the world, Maybank said. 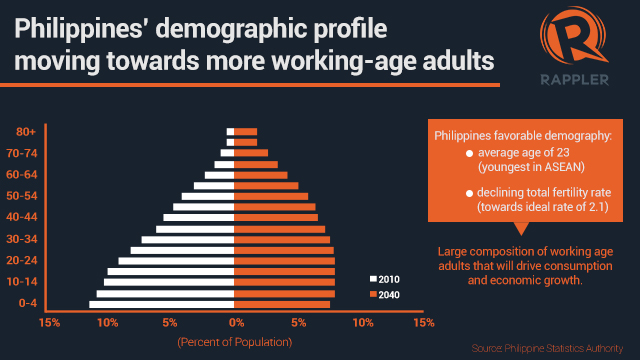 Main hurdle
But the main hurdle in making the most of the country’s favorable demographic profile, according to Maybank, is providing jobs for people who join or are already in the labor force.
A success story for the Philippines in generating jobs for the youth is the business process outsourcing (BPO) industry.
Maybank said the BPO industry started out with call centers, expanding into other areas of outsourcing, now known as Information Technology (IT)-BPO.
Main categories of IT-BPO include contact centers, animation, software development, and transcription.
According to IT-Business Process Association of the Philippines (IT-BPAP), 2014 revenues grew 24% at $18.9 billion. The group expects revenues to grow at a sustainable annual rate of 15% to 18%.
If achieved, this means IT-BPO will overtake OFW remittances as main driver of current account surplus by 2017, Maybank said. (READ: BPO revenues to overtake OFW remittances in 2017 – IT expert)
Apart from providing more jobs for the youth, there should also be consistency in good governance as observed in the present administration to achieve the economic growth of 7% to 8%, Jose Maria Concepcion III, RFM Corporation president and CEO, said during the conference.
“This administration was known for its good governance. We’d like to see a continuity of that in the next administration. But we’d also like an administration that is decisive and eager to really taking risks. There’s a lot of infrastructure which is not there. We need more of these in the vicinities,” Concepcion said.
“Good governance is not the only basis. There is lack of infrastructure projects, but the current government is scared to make decisions. We need to see more PPPs (public-private partnership projects) coming,” he added. – Rappler.com