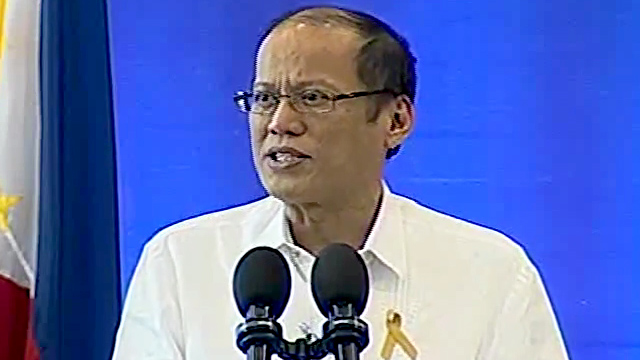 It was reported on September 3 that the Palace rejected a House bill that seeks to lower income tax rates in the country. The goverment is estimated to lose at least P30 billion ($641.49 million) during the first year of its implementation. (READ: Palace: No new or higher taxes, income tax cuts)

In an interview following the opening of the controversial Iloilo Convention Center on Monday, September 14, Aquino reminded the public that part of his 2010 presidential campaign was to ensure improved tax collection.

Marikina Representative and committee chairman Romero Federico “Miro” Quimbo earlier said the House bill on lowering income tax would have 4 brackets, which include:

Quimbo said corporate taxes would be reduced to 25%.

Aquino stressed that through prudent measures, the deficit has been managed, lowering it in proportion or as a ratio to the country’s gross domestic product.

(The question is, if we lower the income tax rate, revenue would decrease and deficit would increase. If the deficit increases, would this be a negative factor once these credit rating agencies begin to rate us?)

He pointed out that when income taxes are lowered, the value-added tax (VAT) would increase.

The finance department submitted to Congress in August the government’s tax reform bill, which includes an all-in income tax exemption to all wage earners with an annual income of less than P1 million ($21,387.76).

Along with the proposal is increasing VAT from 12% to 14% and expanding the VAT base by removing all exemptions, except in agriculture, health, banks, education, as well as removing zero-rating, except direct exports.

(If we increase taxes in oil, prices in transportation, electricity would spike. So the question is, would it be beneficial if we lower the income tax level? I’m not convinced at the moment.)

Aquino said that what he thinks the Constitution asks is progressive taxation, or the tax rate increases as the taxable income increases, which puts a bigger tax burden on the rich over the poor.

(Taxes like VAT affects all, regardless of one’s status in society. So VAT or oil tax increases, [I don’t] think this is what the Constitution states as progressive taxation.)

Thus he reiterated his earlier promise that his administration will not increase taxes, with the exception of  Sin Tax Law in 2012, which sought to channel more revenues to  public health care.

Malacañang’s view on tax reform, however, is not universally shared. An economist and former public official said the stand has more to do with politics than economics.

“Mr Aquino rejected the proposal because he is unwilling to push for the accompanying measures to lower income taxes, namely higher VAT rates and rationalization of fiscal incentives,” Benjamin Diokno, who served as buget chief  during the Estrada administration, said in a text message to Rappler.

“No economist worth his soul would argue that the present income tax system is sound and fair,” Diokno said.

The rationalization of the fiscal incentives, he added, would also broaden the tax base.

As ASEAN integration looms at the end of year, the lack of tax reform would also leave the country “out of sync with the regional bloc,” Diokno said. – Rappler.com