Roxas on lower taxes: But what programs will suffer? 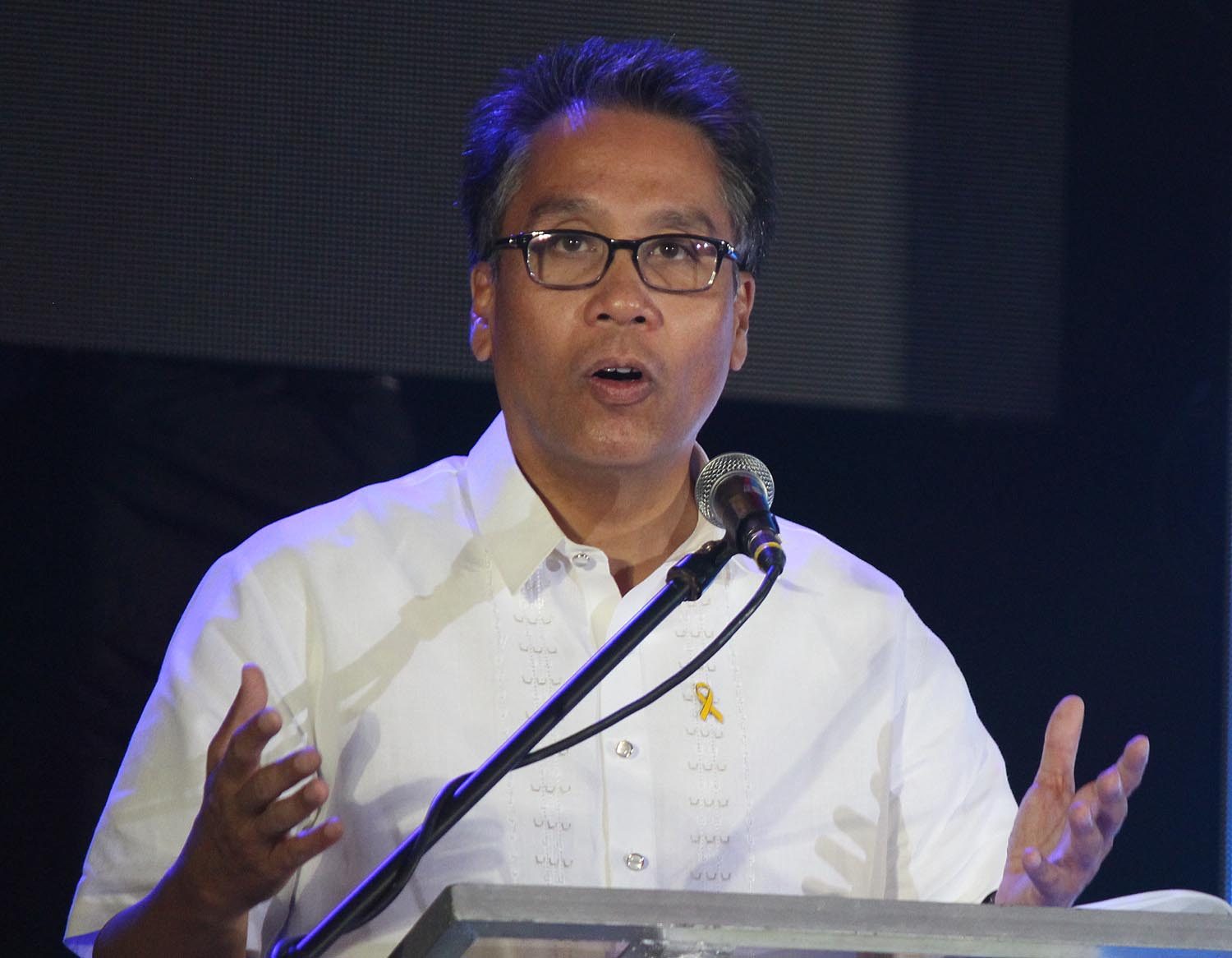 MANILA, Philippines – Administration standard-bearer Manuel Roxas II said on Monday, September 28, that while taxes in the country “need to be reviewed periodically,” those proposing lower taxes should consider the state programs that would suffer as a result.

Several lawmakers, including administration allies, are pushing for legislation that would lower income tax rates in the country. President Benigno Aquino III does not support this move, as well as the Department of Finance. (READ: Palace: No new or higher taxes, income tax cuts)

For his part, Roxas enumerated the key programs under the Aquino administration that he said could suffer should income taxes be cut.

(How many of our youths will be deprived of a classroom? How many will be unable to get PhilHealth benefits? How many families will be cut from our the conditional cash transfer program?)

“Para sa akin ay (For me) having come from the legislature and the executive, I think it’s responsible to be always reviewing all taxes and all impositions of the government. But at the same time, dapat timbangin, ano ba ang pinopondohan nito, at ano ba ang mga puputulin kung sakaling hindi na magpatuloy ito (you have to weigh – what do they fund and what would be deprived of funding if taxes are cut)?” Roxas added.

Under the Aquino administration, the only new tax introduced was the restructured sin tax law, which sought to channel more funds into public health care by imposing higher taxes on cigarettes and alcohol beginning 2013.

Roxas last held the post of interior secretary before he resigned to seek the presidency, and also served as Aquino’s transportation chief. Before he launched his failed bid for the vice presidency in 2010, Roxas was a senator, trade chief, and Capiz representative.

The administration bet graduated with a degree in economics from the Wharton School of Economics at the University of Pennsylvania, and worked as an investment banker in New York, before he returned to the Philippines after the EDSA Revolution.

Roxas’ 2016 candidacy banks on the promise that he is best suited to continue the Aquino administration’s anti-corruption, good governance and transparency platform, or “Daang Matuwid.”

A survey laggard in the past, Roxas has seen his numbers rise in early presidential preference surveys following Aquino’s endorsement. – Rappler.com