Oct 12, 2015 9:30 PM PHT
Chrisee Dela Paz
Facebook Twitter Copy URL
Copied
The media mogul behind Forbes Media says the growth in the Philippines will be sustainable should it continue to make reforms 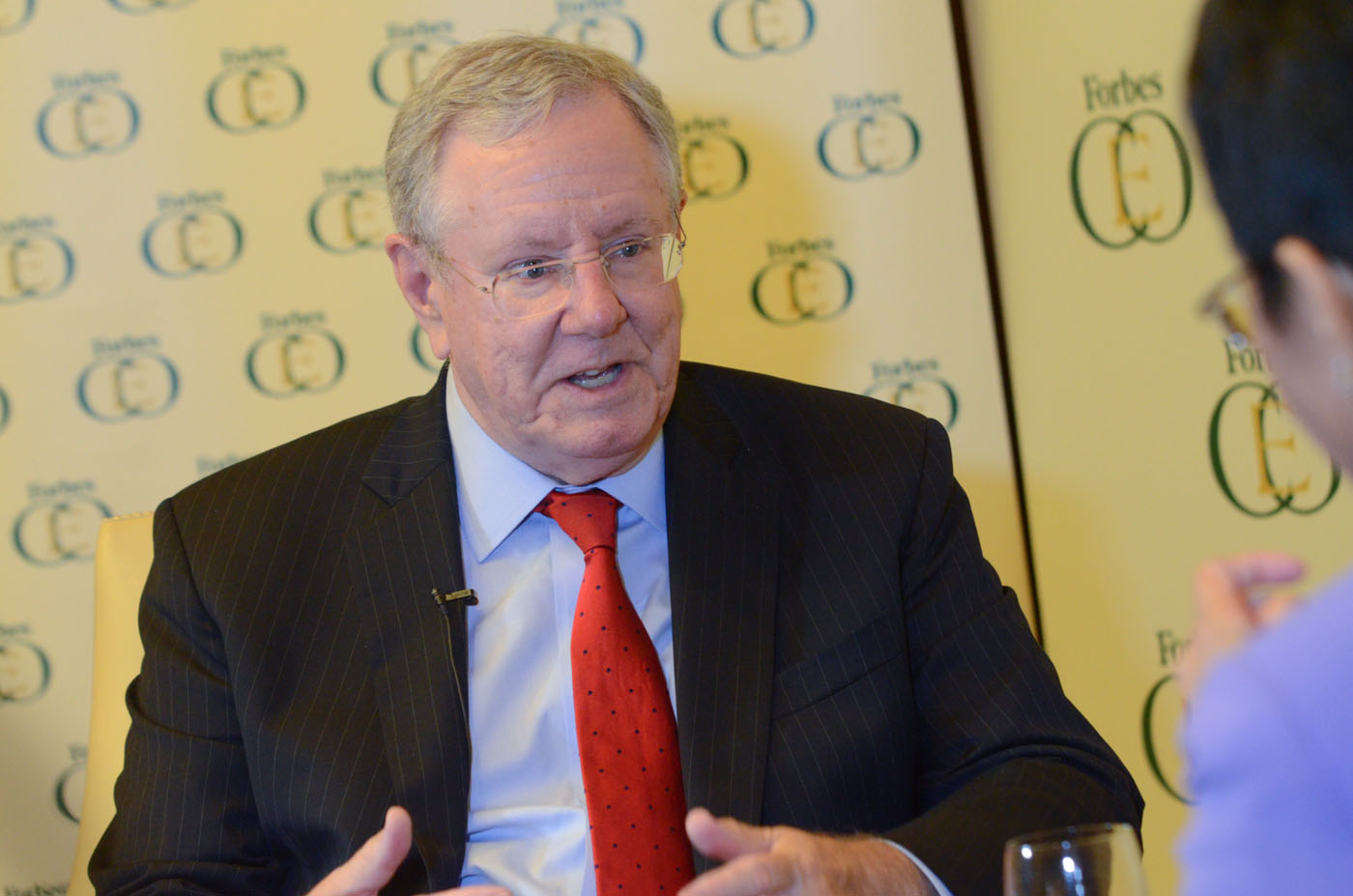 MANILA, Philippines – With several economies tumbling, the Philippines will continue to remain stable and strong should it reform its tax system and improve its infrastructure, said the chairman and editor-in-chief of Forbes Media. (READ: LIVE BLOG: Forbes Global CEO Conference 2015)

“Stability is good. [The] Philippine peso is not taking a hit like the other currencies. But to sustain it, you need tax reform and improved infrastructure,” Forbes Media Chairman and EIC Steve Forbes said Monday, October 12, in an interview with Rappler’s CEO and Executive Editor Maria Ressa on the sidelines of the Forbes Global CEO Conference 2015.

Although the economic growth in the Philippines is slow, Forbes said it is still “pretty good compared to most countries.”

Thanks to the expected surge in overseas Filipino workers (OFW) remittances, better infrastructure spending, and the coming elections, the Philippine economy is expected to grow faster than the first half’s 5.3%. (READ: Philippines’ Q2 GDP growth rises to 5.6%) 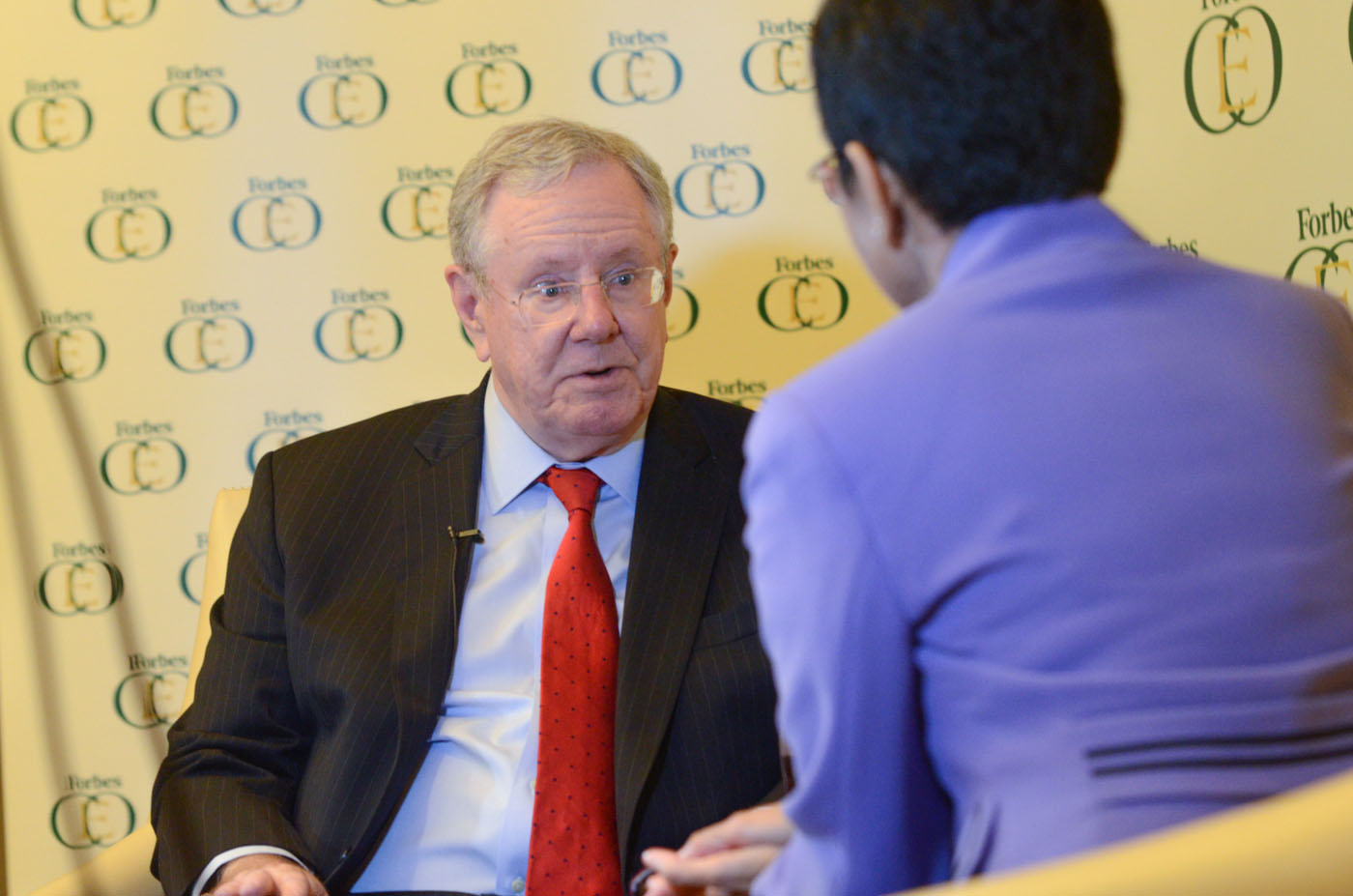 But in the long run, Forbes said the Philippines will only be able to sustain this growth rate should it reform its tax system and invest heavily in infrastructure.

“You need tax reform. Look at Hong Kong. One of the things I hope that happen in this country is to imitate the tax system in Hong Kong,” Forbes said.

According to www.gov.hk, tax is imposed on the territorial source principle. This means whether the taxpayer resides in Hong Kong or not, all incomes generated in the region are taxable. Incomes made outside Hong Kong, however, are not taxable.

“The secret here is not raising tax rates, but by simplifying it. This encourages more entrepreneurs to do business,” the head of Forbes Media said.

The 19-year-old personal and corporate income tax systems of the Philippines are the “most uninviting and out of date” among the Association of the Southeast Asian Nations (ASEAN) economies, several economists said. (READ: Why PH has 2nd highest income tax in ASEAN)

“Tax reforms are difficult everywhere because it’s a source of power. But if the Philippines can do it, you can have a lively economy,” Forbes said.

“The Philippines has been lagging for years, and now it seems to be on the loop. The growth will be sustainable should it continue to make reforms,” Forbes said. – Rappler.com