P5-10 B in new investments possible by easing regulations – analyst 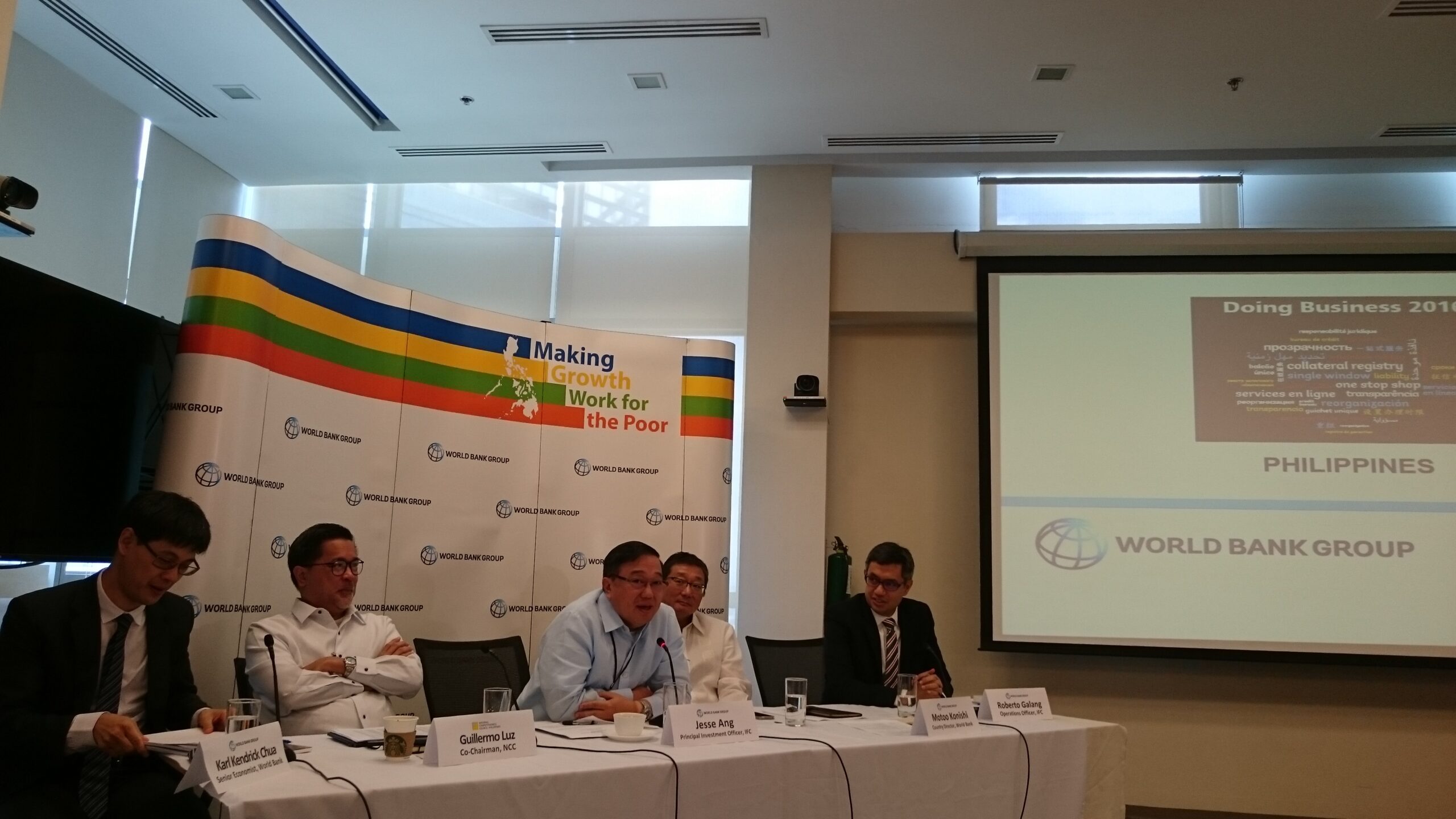 Facebook Twitter Copy URL
Copied
The World Bank also says that an estimated 62,179 new jobs are lost due to discouraged entrepreneurs which suggests that the high cost of doing business is hurting the country's inclusive growth agenda

This would unleash the potential of the private sector, especially small and micro businesses explained Karl Kendrick Chua, Senior Country Economist at the World Bank Philippines, adding that they are also important contributors of inclusive growth.

“Business regulations tend to be cumbersome. They limit the growth of innovative entrepreneurship and investments, contribute to large scale informality, which cover 75% of employment, and hence prevent the country from creating more and better jobs that can reduce poverty at a faster rate,” he said at the release of the latest World Bank Doing Business Survey.

Chua also pointed out that an opportunity cost of around P40 billion ($854.8 million) can arise from discouraged Filipinos who could have started a business if only the cost was reasonable.

This, in turn, translates to a loss of employment of 62,179, or about 5% of new labor force entrants annually.

“These indicative estimates suggest that the high cost of doing business is clearly a toll on the country’s inclusive growth agenda. We don’t have exact numbers, but if we have simpler regulations, we are seeing anywhere from at least P5 billion to P10 billion in new investments that can come in,” he added.

The World Bank earlier said that the high cost of starting and maintaining a business in the Philippines has also resulted in a loss of productive time, which translates to an annual opportunity cost of more than $100 billion ($2.137 billion) in the form of foregone income, taxes, and spending.

In its latest Philippine Economic Update, the agency said that a particular concern is the high cost imposed on micro, small, and medium enterprises (MSMEs) in starting and maintaining a business.

“They not only have to pay for legitimate fees equivalent to 17 to 36% of per capita income (P21,000 to P45,000), they also spend a considerable amount of time moving from one agency to another and waiting in line to process their documents, often resulting in significant loss of productive time and income,” the report said.

“In some instances, businesses report that they need to pay bribes or give gifts to obtain various permits and government services,” it added.

Simplifying and streamlining the business registration process in the Philippines would not only support job generation, but also improve transparency and accountability in the government, the World Bank said. – Rappler.com