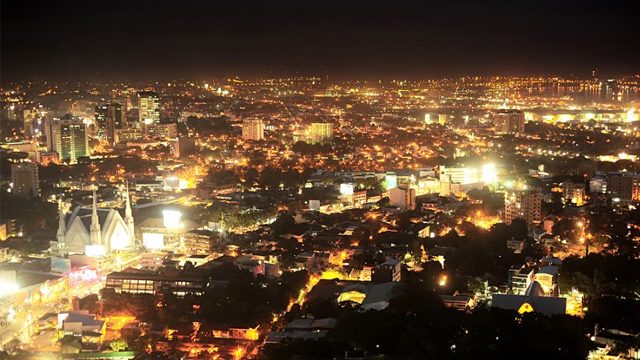 Facebook Twitter Copy URL
Copied
The full implementation of the Metro Cebu Roadmap is also expected to grow the area's gross domestic product (GDP) per capita to more than $20,000 by 2050, almost the same level as South Korea in 2010, according to a JICA study

MANILA, Philippines – More than a million jobs are expected to be created in Metro Cebu by 2050, or upon the full implementation of a roadmap for the area, a study conducted by the Japan International Cooperation Agency (JICA) showed.

JICA said on Tuesday, November 3, that the full implementation of the Roadmap Study for Sustainable Urban Development in Metro Cebu or the Metro Cebu Roadmap, is expected to grow Metro Cebu’s gross domestic product (GDP) per capita to more than $20,000 by 2050, almost the same level as South Korea in 2010.

The Metro Cebu Development and Coordinating Board, in collaboration with JICA and Yokohama City, Japan, initiated the study in 2013 for a roadmap and action plan to attain the Mega Cebu Vision 2050, the city’s blueprint for sustainable economic development.

“We hope that the Philippine government will approve the roadmap in the same way that they supported the Infrastructure Roadmap for Mega Manila,” said Noriaki Niwa, JICA Chief Representative in the Philippines.

He added that the study showed Central Visayas can become a leading growth center in the country, and therefore has the potential to sustain the Philippines’ economic gains, and jobs for Filipinos.

There is a need to immediately start working on flagship projects under the Metro Cebu Roadmap, Niwa said.

“We are also expecting that the roadmap will be supported by future administrations,” Niwa added.

The study identified 10 flagship projects for implementation until 2020, and outlined 14 anchor programs to be implemented by 2050.

Seven sub-roadmaps were also identified under the study, namely:

“Employment will shift to a more industry-oriented structure, where the economy will be driven by strategic development of industry and urban service sectors,” the study said.

Thus, the “diversification of the urban economy is a must to induce more foreign direct investments as well as encourage local investors in various potential business areas,” JICA said. – Rappler.com

Image of Metro Cebu at night via Shutterstock