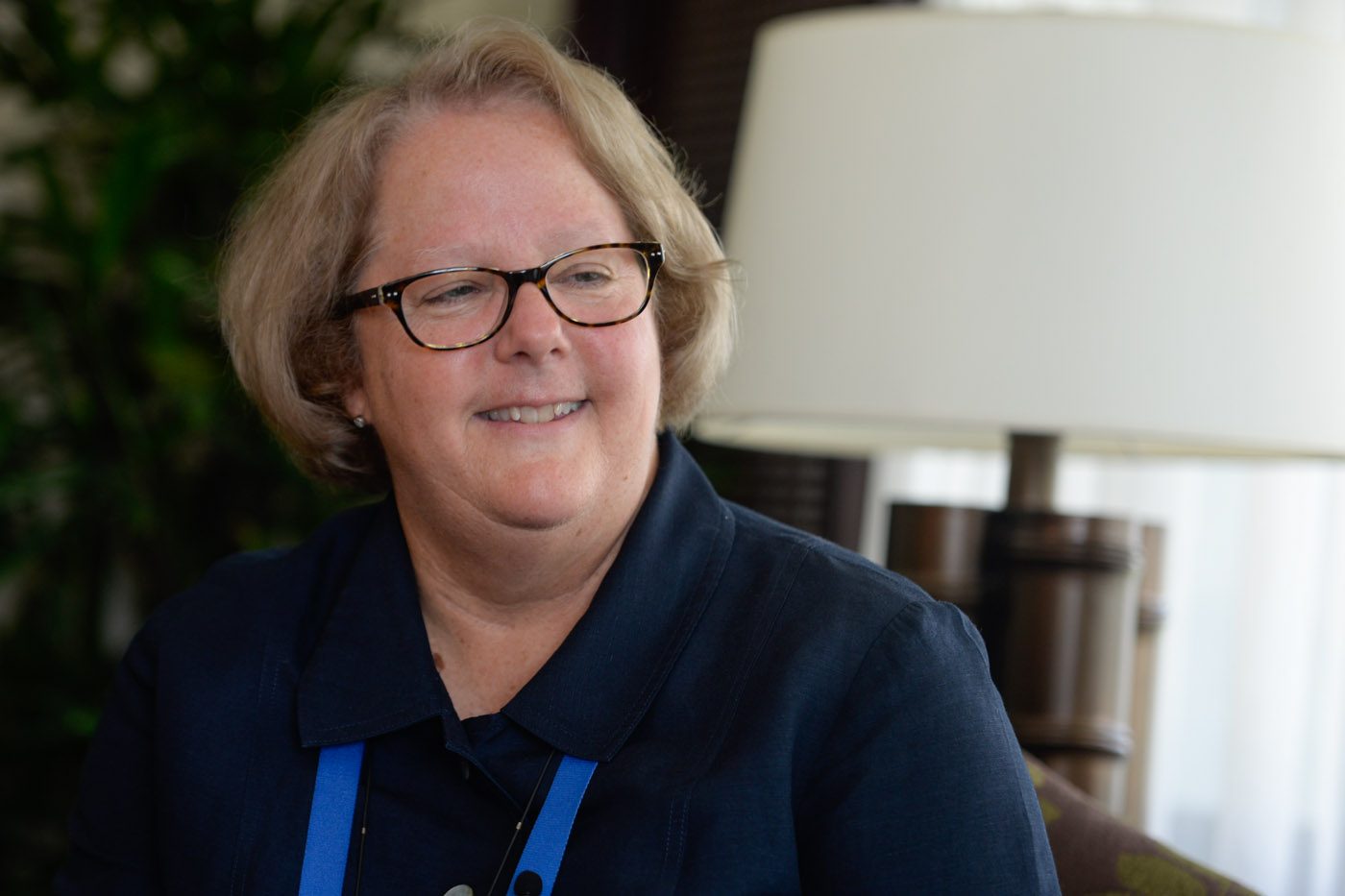 Facebook Twitter Copy URL
Copied
The TPP will raise standards throughout the Asia, but those on the outside are set to lose out in the short term says the vice president of the US Chamber of Commerce

MANILA, Philippines – The Trans-Pacific Partnership (TPP) will redefine how trade in Asia is conducted but is also predicted to cause countries not in the PPP to lose out in the short term.

“Its really going to transform Asia. You have these 12 economies who have all agreed on common standards. What it will mean is that if you are a TPP country its almost like a stamp of endorsement that companies looking to invest in these countries can expect a higher level of rule of law, more predictability and higher standards,” said Tami Overby, Senior Vice President of the US Chamber of Commerce, in an interview with Rappler on Monday, November 16.

“Investors don’t like risk,” Overby added, “everything in business is about minimizing risk.”

“I think its going to result in raising the standard for everyone,”  Overby said, while sharing that since the TPP has been concluded, 11 countries have reached out to the US to begin discussions about potentially joining which has wildly exceeded expectations.

Overby, who oversees American chambers of commerce throughout Asia, is in town for the APEC leaders’ week, which will also see a milestone TPP meeting for the agreement. (READ: Obama, 11 leaders to meet in Manila on TPP)

“This the first opportunity for the 12 leaders of the TPP countries to gather together to really acknowledge and celebrate the fact that we’ve completed the most comprehensive, high standard trade agreement in history,” Overby said. (READ: APEC 2015: Where PH stands in the Trans-Pacific Partnership )

The greatest benefit in Overby’s opinion will be felt by the region’s small to medium enterprises (SMEs), identified by APEC as key to inclusive growth.

This is because SMEs in every country don’t get special favors and don’t have deep financial pockets for them to survive and grow – they really need a level playing field.

A specific benefit of the TPP, she pointed out, is the free flow of cross border information flows which “really unleashes the power of the internet”.

It’s going to really make their ability to market themselves much easier. They don’t have a lot of lawyers to comb through the complicated customs rules of individual countries.

“If you have one set of customs rules for 40% of the global GDP then suddenly they’re ability to grow outside their country is going to explode,” she said.

The Philippines will not be part of the milestone meeting as it is not a member, although Overby pointed out that it is making great strides and seems to be ahead of the queue to join.

Overby emphasized that “the Philippines is the first one we’ve done and several of your neighbors have reached to us to say we’d like to be next.”

The results of the assessment will be presented in March 2016 to the government, business sector and citizens in order to help with the country’s decision.

For her part, Overby said that “if [the Filipino] people decide that’s the path you want to go, it will give a clear road to reform and to really modernizing the economy.”

The government has also been making its intent to join apparent with the clearest signal yet coming from President Benigno Aquino III, who said at the APEC CEO Forum on November 16: “We were not invited to TPP begin with, but we are expected to be invited when they do open up membership.”

Aquino also suggested that constitutional limit such as the 60-40 rule, seen to be the biggest barrier to joining the TPP, may be relaxed.

“Anything made by man is open to change by man if it can be demonstrated that it would serve the greater good,” he said when asked about possible constitutional changes, although he pointed out that it was too late for the current administration to change it themselves.

For now, the countries that find themselves outside the TPP will have to deal with the trade diversion.

Overby said: “Trade diversion is a a legitimate concern and when we talk about transforming Asia that’s a very real possibility. I think we’re going to see that happen.”

She added that there have been studies done in China about TPP plus Japan minus China before the deal was completed, and one of the outcomes of that study was trade diversion will mostly be from Vietnam and Malaysia, she said.

It is a possibility that worries Philippine officials, as well as those two countries which produce similar goods to what the Philippines does.

Initially there were concerns that the TPP was trying to contain China, a point which Overby disagreed with. (READ: US-China rivalry on backdrop of Asia summits)

“I see TPP as very open and we want very much for China to join, but we do want them to meet its high standards and to follow the same rules that the other TPP members are,” she said. “We think that’s in China’s long term interest and its definitely in Asia’s interest.”

The TPP, she shared, also forms a very good foundation for the Free Trade Agreement of the Asia Pacific (FTAAP) being pushed by China.

“Having a solid framework that works and that includes 40% of the world’s GDP is a magnet to bring other countries in at a high standard”, she said. “From my perspective TPP will be the magnet and the framework for the FTAAP.” – Rappler.com