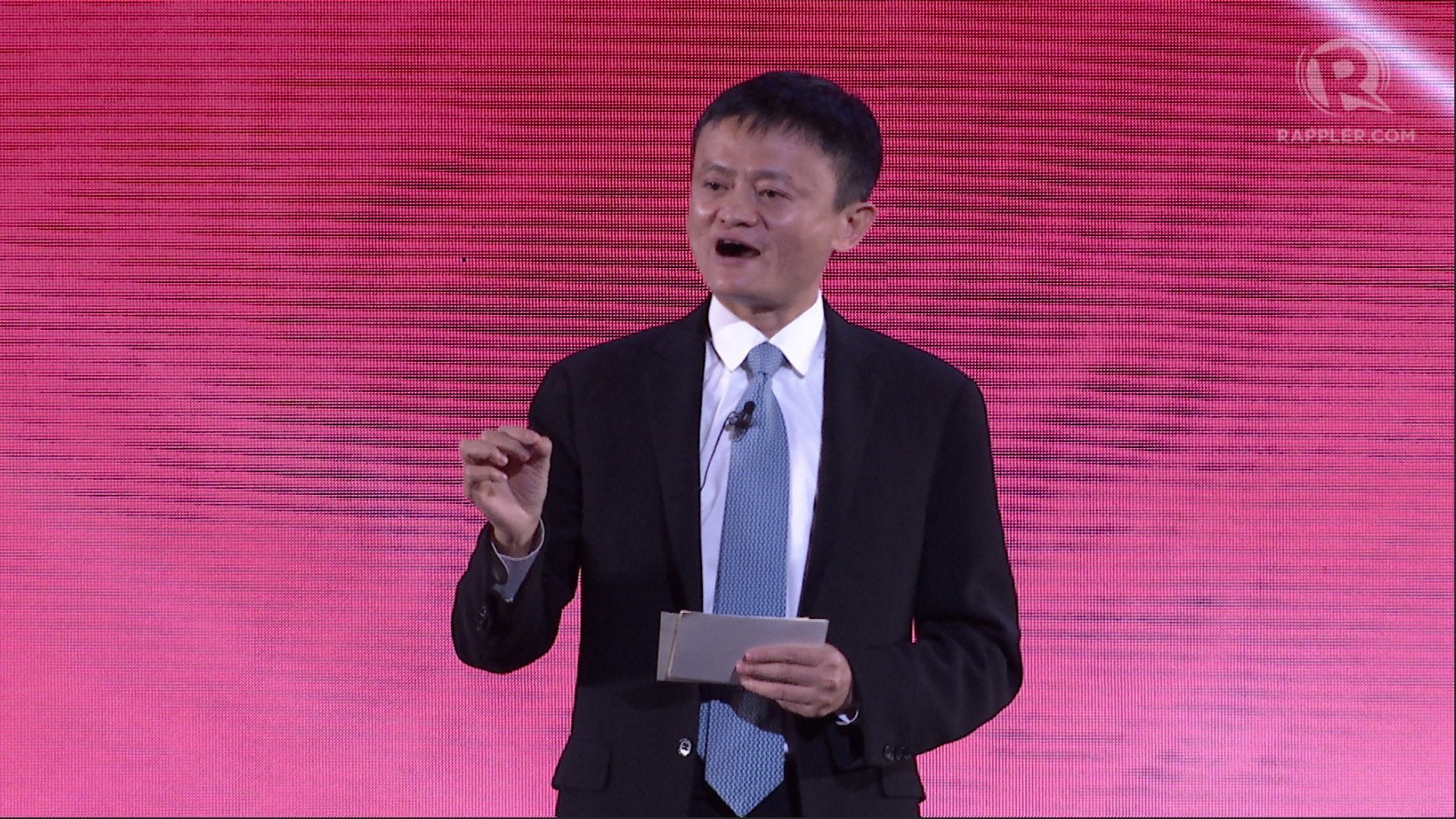 Facebook Twitter Copy URL
Copied
'Trade is a human right...not to be used as a tool against an economy,' says Alibaba founder Jack Ma

MANILA, Philippines – Because the current World Trade Organization (WTO) is only for the big guns, another body should be set up to help small businesses prosper through e-commerce, said Ma Yun, better known as Jack Ma, the billionaire founder and executive chairman of the Alibaba Group.

Otherwise, he said, “it will be a disaster for everybody.”

An authority on thinking big but one who had to start from scratch, Ma is the symbol of China’s rise in the telco and mobile industries, with Alibaba being the world’s foremost e-commerce platform that averages over 100 million buyers on its site every day.

“No matter what country you are from or size of your company is, trade is freedom, a human right, and not to be used as a tool against an economy,” Ma told the Asia-Pacific Economic Cooperation (APEC) during the APEC CEO Summit 2015 on Wednesday, November 18.

“We should have WTO 2.0 or something called e-WTO to help small businesses grow.”

And the business mogul discussed at the summit how Alibaba smashed another record just last week when it garnered $14.3 billion of sales in just one day on November 11 — a date recently coined as Singles’ Day in China in which the firm offers its biggest online shopping sale of the year.

“Imagine how we can use technology today. If China can do it, then other nations can do it. We have helped Chinese small businesses to sell on our platform. You can do it, too,” Ma said.

“Trading is about culture, passion, innovation and creation. This is why there should be WTO 2.0 for small guys. If we cannot change it, it will be a disaster for everybody. All the businesses go nowhere. Now, let us agree on something that can help the small guys,” Ma added.

Ma was speaking at the business leg of this year’s APEC summit, where he was asked to deliver a keynote insight on inclusive growth, innovation and the power of thinking big.

Growing up in modest means, Ma’s leveraging of the Internet has catapulted him to becoming the 2nd richest man in China and the 33th in the world, according to Forbes.

Alibaba’s advocacy, according to Ma, is to create wealth for its users.

One of the Alibaba platform’s key components, Taobao, a consumer-to-consumer retail site similar to Amazon, is the 2nd most visited website in China and the 10th globally.

“When I talked to venture capitalists before, they said ‘no, e-commerce won’t work for China because infrastructure is too bad.’ But through making infrastructure sophisticated, China e-commerce grew faster,” Ma said. “For many, e-commerce is just a dessert. In China, it is the main course.” — Rappler.com