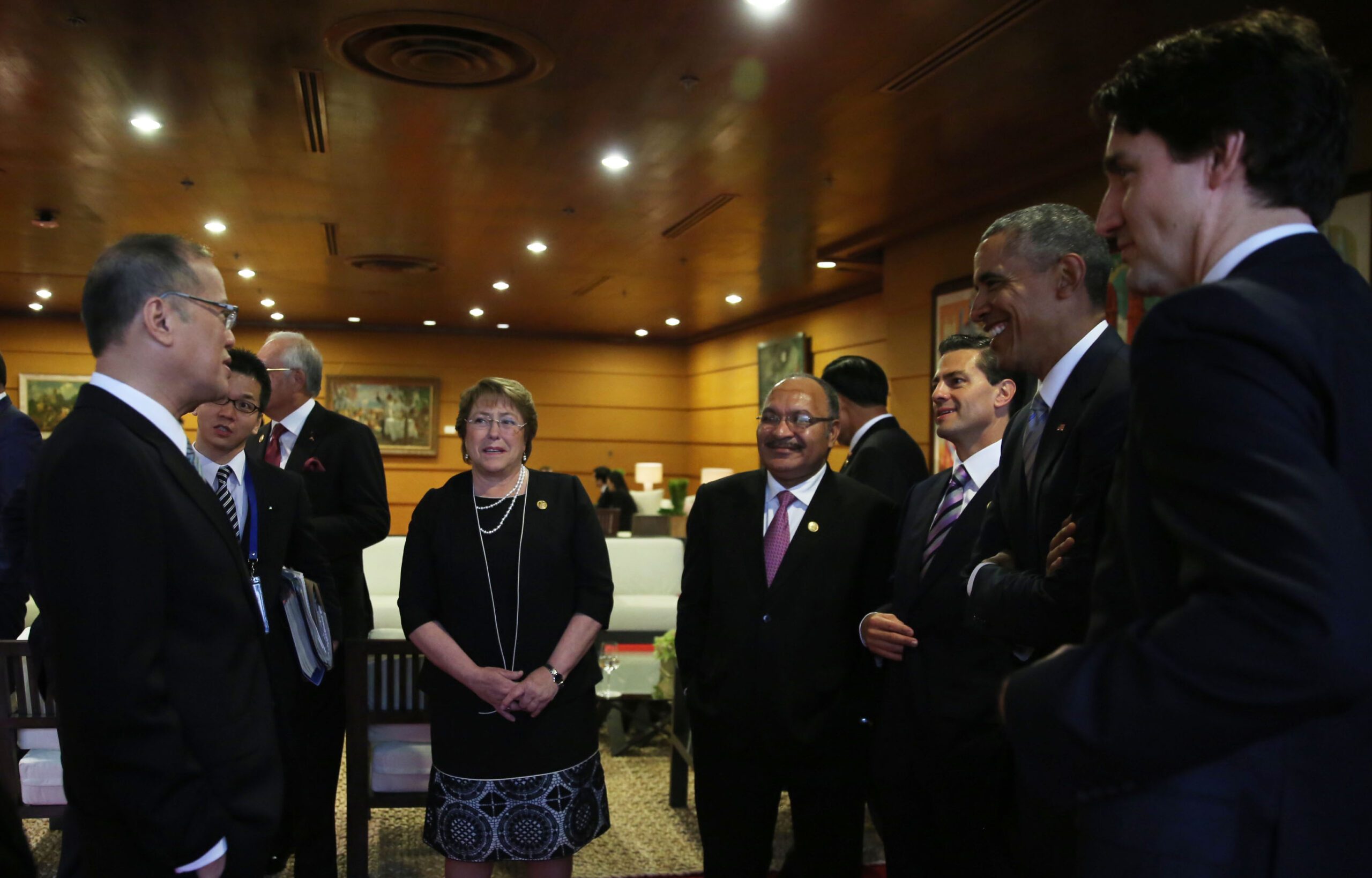 MANILA, Philippines – Trade growth in the Asia Pacific-Economic Cooperation (APEC) region has slowed down a lot in the past few years, and the solution to this is for all economic leaders to work together and help small businesses export and import globally.

That is the message of the International Monetary Fund (IMF) to the 21 APEC leaders as the APEC summit wraps up, APEC Secretariat Executive Director Dr. Alan Bollard shared in an interview with Rappler on Thursday, November 19.

“The APEC region has always relied on strong trade growth and economic growth, but over the last couple of years, growth has been a disappointment,” Bollard said.

“We had the IMF talking to leaders and saying disappointing growth story. They said there are some economic risks around. In particular, they’re seeing trade growth has slowed a lot in the past few years, and it’s trade that is really driving this region,” he added.

Trade growth in the Asia-Pacific region, according to the Pacific Economic Cooperation Council (PECC), is seen to slow down this year, as exports will likely decline by 2.3% and imports seen to slide by 2.6%.

But PECC said that it expects APEC trade growth to recover in the next few years, thanks to the initiatives adopted by the APEC leaders. (READ: Asia-Pacific to grow at slowest rate in 2015)

“Today, APEC leaders basically signed a range of initiatives, identified those areas of the economies that are well-exposed to strong growth drivers around APEC,” Bollard said.

“We want to expose small businesses, services sector, women and the economy out there, which will help grow trade also in the region…. We’re in the process of changing at the moment,” the APEC Secretariat executive director added.

MSMEs – which account for about a third of the gross domestic product and represent 96% to 98% of all registered businesses – are having difficulties penetrating global value chains as they continue to face financial and non-financial barriers.

‘”We’re doing things now that they have not been able to do a few years ago,” Bollard said. – Rappler.com