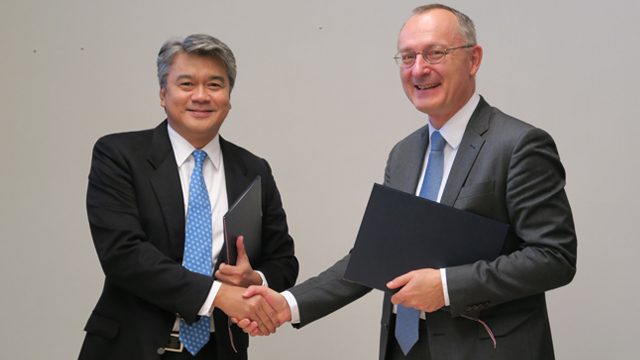 MANILA, Philippines – The Philippines and the European Free Trade Association (EFTA) will hold in the first quarter of 2016 their fifth round of negotiations on a proposed free trade agreement once they resolve their differences related to agriculture.

EFTA is a common market composed of Switzerland, Norway, Iceland, and Liechtenstein, all non-European Union members, that operates in parallel to the 28-nation European Union (EU).

It was reported in July that the Philippines is negotiating for the inclusion of processed tropical fruits and durable fresh products as part of the ongoing negotiations for a free trade agreement (FTA) with the EFTA.

But the challenge for Philippine negotiators is to find a way to make agricultural exports viable considering the vast distance involved in exporting to EFTA nations.

EFTA, in turn, is asking for market access for the processed and fresh fish products of its member-states (Norway and Iceland) at zero tariff. (READ: PH wants agri products included in European free trade pact)

Department of Trade and Industry (DTI) Undersecretary Adrian Cristobal Jr said the parties wrapped up a productive fourth round of negotiations in late November where they have “narrowed” their differences in agriculture.

“There are no problems. Both sides have sensitivities in agriculture. But we assured [them] that our agriculture products [are] non-competing [but] complementary. The gaps are bridgeable,” Cristobal said.

The Philippines and EFTA have also discussed the core components of the possible FTA not only in trade in goods, but also in services.

Other FTA issues covered in the fourth round of negotiations in November were technical barriers to trade; sanitary and phytosanitary measures; trade facilitation; intellectual property; rights; public procurement; competition; and trade and sustainable development.

Why EFTA is important for PH

EFTA is an important global economic player and trading partner of the Philippines.

In 2014, the total commodity trade between EFTA states and the country reached around $636 million.

Total foreign direct investments in the Philippines from the EFTA states has increased steadily in the last few years.

The PH-EFTA consultation is an initiative under the One Country, One Voice (OCOV) program, the government’s consultative mechanism for stakeholder participation in trade policy formulation. The DTI is also scheduled to consult with stakeholders to discuss the status of free trade agreement negotiations with EU.

The Philippines is aggressively pursuing trade with Europe, utilizing regional and bilateral modalities.

It’s also currently in negotiations with the European Union (EU) for a possible free trade agreement.

To date, the Philippines has successfully gained beneficiary country status for the EU-Generalized System of Preferences Plus (EU-GSP+). EU-GSP+ is a preferential tariff scheme that allows the Philippines to export more than 6,000 products to any EU member-country tariff-free.

To maximize benefits of the EU-GSP+, the DTI has also been conducting information sessions with the business sector in key cities in the country to prepare businesses, including micro, small, and medium enterprises (MSMEs), to participate in the preferential scheme. (READ: APEC leaders: Intensify efforts for MSMEs, embrace digital economy)

Also, the Philippines and France revived their Joint Economic Commission to strengthen trade ties between the two countries.

The Philippines and Italy also raised the possibility of increasing trade and investment, with Manila becoming a possible manufacturing base for export to EU under GSP, as discussed during the meeting between Philippine President Benigno Aquino III and Italian Prime Minister Matteo Renzi in Rome on December 2. (READ: PH, Italy discuss trade boost via EU’s zero-tariff scheme) – Rappler.com