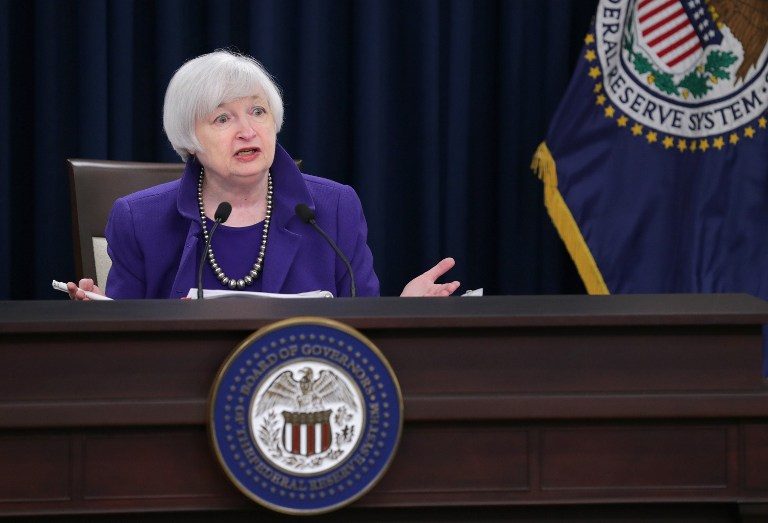 WASHINGTON DC, USA – The Federal Reserve announced Wednesday, December 16,  its first interest rate increase in more than 9 years in a landmark move signaling the US has finally moved beyond the 2008 crisis.

The Fed raised the benchmark federal funds rate, locked near zero since the Great Recession, by a quarter point to 0.25-0.50%, saying the economy is growing at a moderate pace and should accelerate next year.

The move was widely expected but nevertheless marked the end of an era in which the Fed pumped trillions of cheap dollars into the US economy to fuel what turned out to be a very long recovery.

The move initiates what will be a series of slow rate increases which the Federal Open Market Committee, the Fed’s policy board, promised would be “gradual” and follow the pace of the economy.

At the same time, the median projection by the FOMC foresees that rate at about 1.4% at the end of 2016, suggesting 3 or 4 more increases through next year.

The announcement pushed US stocks a bit higher – the S&P 500 was up 0.7% – and the dollar whiplashed, and was finally little-changed at $1.0943 per euro 15 minutes after the announcement. – Rappler.com