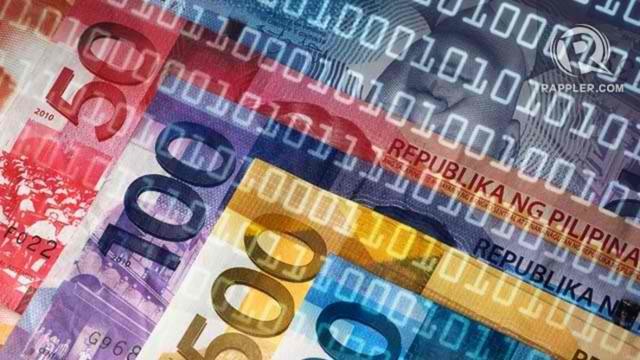 MANILA, Philippines – The national government’s outstanding debt as of end-2015 jumped by 3.8% from its end-2014 level, data from the Bureau of the Treasury (Btr) showed.

The outstanding obligations as of end-December amounted to P5.954 trillion, higher than the end-2014 debt of P5.735 trillion. This also represents a  slight increase of 0.03 %, or P1.92 billion, from the previously recorded level in November 2015.

Despite the nominal increase, debt in proportion to the country’s gross domestic product (GDP) declined to 44.8 % in 2015 from 45.4 % in the previous year.

The Department of Finance said that the improvement in the debt-to-GDP ratio, the usual measure of sustainability, can be attributed to “the sustained accelerated pace of economic growth in tandem with disciplined fiscal spending that moderated borrowing requirements for the year.”

“The Philippines is fully committed to a proactive liability management strategy to keep our debt structure resilient. I am optimistic we can further trim down our debt-to-GDP ratio, which from 52.4 % in 2010 has narrowed to 44.8 % in 2015, a 7.6 percentage point difference,” said Finance Secretary Cesar Purisima.

The BTr said this was due to the net redemption of government securities amounting to P11.35 billion, offsetting the P0.02 billion upward adjustment in peso value of foreign currency domestic liabilities due to peso depreciation.

The peso weakened to 48.80 against the dollar at the start of 2016 with Standard Chartered bank predicting it could end the year at 49 versus the dollar.

The BTr said that this was due to the combined effect of net availments worth P3.81 billion and peso depreciation as dollar and third currency denominated debt gained P2.18 billion and P7.26 billion in local currency valuation, respectively.

“A challenging external environment calls for consistent discipline in making sure productive debt works in our favor,” Purisima said.

He also added that the government “will continue to stretch average maturities reasonably and keep a healthy preference for domestic financing”.

The average time span of maturities now stands at 10 years with domestic financing accounting for 67%. – Rappler.com