Inflation eases in January, thanks to lower oil prices 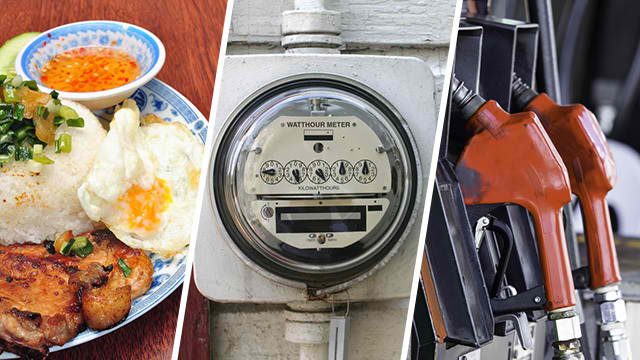 MANILA, Philippines – Inflation, or the increase in prices of widely used goods, eased in January on the back of lower prices of petroleum products. (READ: Inflation kicks up to 1.1% in November)

“In particular, non-inflation slowed down due to the price reduction in domestic petroleum products, downward adjustment in electricity rates, and the recently approved provisional rollback in jeepney transport fares,” the BSP said in a statement.

“Domestic prices of petrol… continued to go down. This was still due to persistent global oversupply and record stockpile of crude oil which weakened prices of Dubai oil, Brent, and West Texas Intermediate (WTI),” National Economic and Development Authority (NEDA) Director-General Emmanuel Esguerra said in a separate statement.

The BSP said food inflation also eased slightly, as the price of rice continued to decline compared to year-ago levels.

Core inflation, which excludes volatile prices of energy and food, likewise declined to 1.8% in January 2016 from 2.1% in the previous month.

But for the first few months of 2016, the risk of higher food prices remains, NEDA warned.

“While it is noted that El Niño will gradually weaken beginning next month, the onset of the summer season may constrain farm output,” Esguerra said.

“Guided by the Roadmap for Addressing the Impact of El Niño or RAIN, accurate determination of food import requirements to avoid supply disruptions is important to keep inflation stable in the coming months,” he added.

Globally, the NEDA chief said that given the expectation of a prolonged period of low oil prices, the government needs to prepare for potential negative impacts on the economies of oil-producing countries.

“Such developments could adversely affect overseas Filipino workers as the governments of the said economies implement austerity measures, cut back on subsidies, postpone infrastructure outlays, and raise taxes,” Esguerra said.

“The government should actively extend assistance to displaced workers, including re-training, livelihood, re-integration or placement services,” he said. – Rappler.com