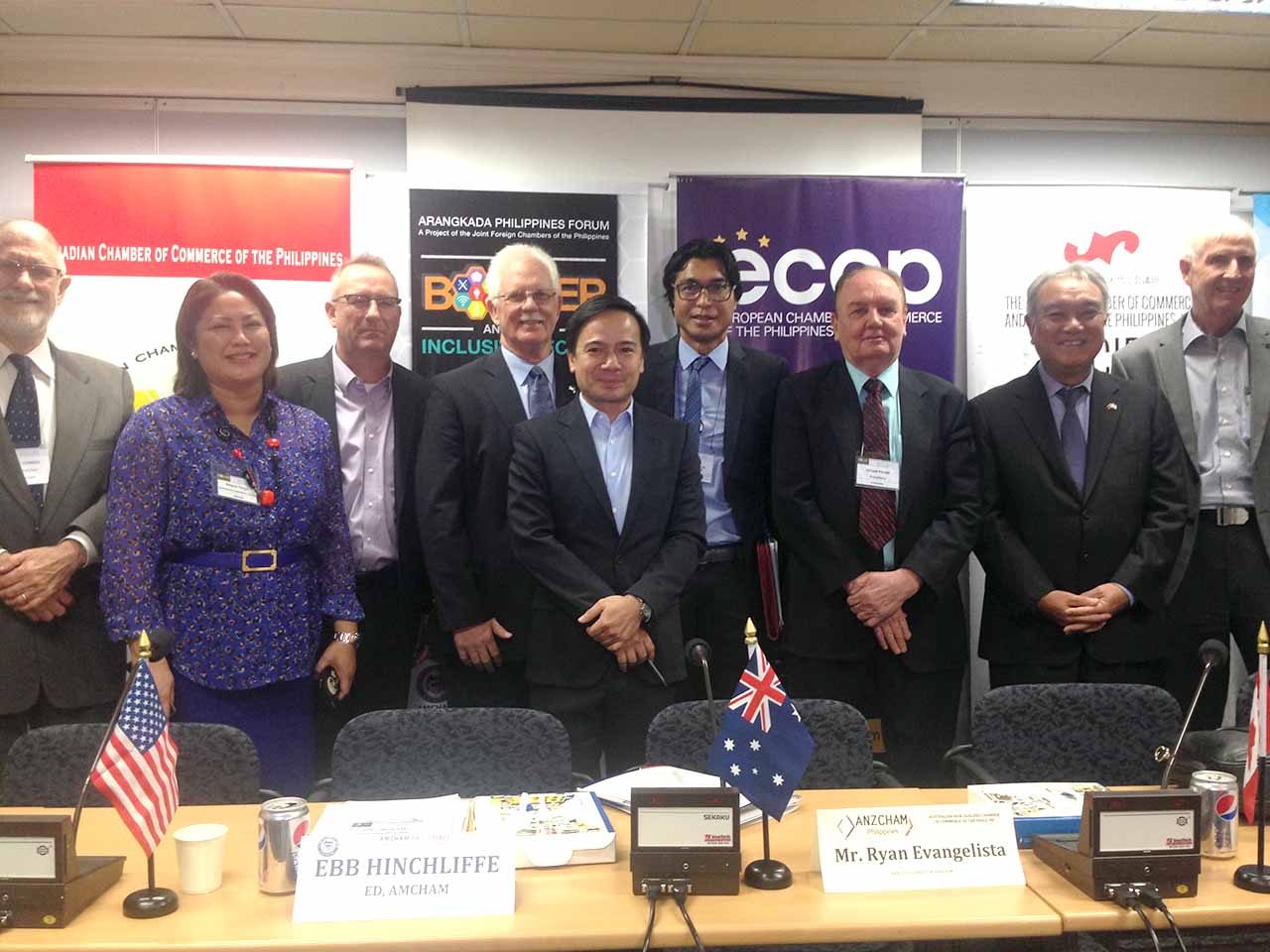 MANILA, Philippines – Representatives of the country’s biggest foreign business groups challenge the next president to implement policies and reforms that will boost economic growth and foreign direct investments (FDIs).

ECCP Executive Vice President Henry Schumacher said they want the next administration to “never take its foot off the accelerator.”

“We need to continue the backbone of where we hope the Philippines will be, with economic growth inclusive to 10% and FDIs to grow $10 billion to $12 billion per annum,” Schumacher said.

With less than 5 months left in President Benigno Aquino III’s term, the Joint Foreign Chambers of the Philippines would like the next leader to revisit some of their “unaddressed” recommendations to boost the country’s image as a top investment destination.

“The money is in the region. We have no doubt the country will be doubling that in the next years. The next president should sustain that by making reforms,” AmCham Senior Adviser John Forbes said.

Some of the business groups’ proposed reforms include easing restrictions on foreign investments, welcoming international trade, and implementing tax reform.

“Are they open to easing restrictions on FDIs? It’s a very simple and straightforward question. They could amend the Constitution and ease regulations,” CanCham President Julian Payne said.

“There is also a need to address the country’s openness to international trade [and] ease of doing business,” Payne added.

For the ECCP official, implementing tax reform is “a must” to attract more foreign investments.

“If the Philippines wants to be competitive in the future, tax reform is very high on our agenda. We are unhappy this wasn’t tackled in the 16th Congress. The 17th Congress should make tax reform one of its priority areas,” Schumacher said.

On infrastructure, the ECCP is urging Congress to approve the new public-private partnership (PPP) law.

“We hope the 16th Congress can still do that. Horrendous traffic situation isn’t only in Metro Manila. It needs to be addressed, and infrastructure through PPP is part of it,” Schumacher said.

A previous study by the Japan International Cooperation Agency (JICA) showed that the Philippines could lose as much as P6 billion per day by 2030 if it fails to fix the worsening traffic. – Rappler.com