OFW remittances in December hit record high at $2.7B 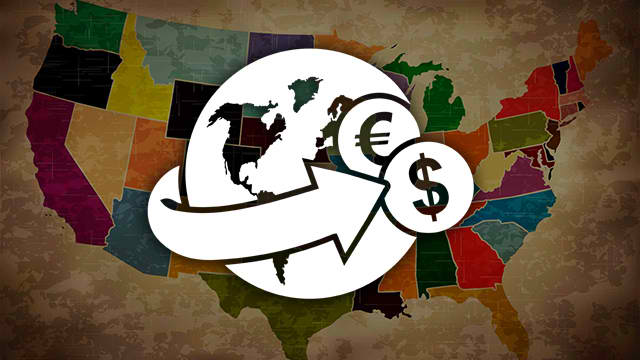  MANILA, Philippines – Money sent home by overseas Filipino workers (OFWs) in December 2015 was the highest monthly level recorded so far, thanks to the continued deployment of workers to Saudi Arabia, Kuwait, Qatar, Taiwan, and Hong Kong.

The central bank added that the full-year personal remittances from OFWs reached $28.5 billion, higher by 4.4% than the previous year’s level.

This even exceeds the central bank’s projection of 4% for 2015, BSP Governor Amando Tetangco Jr announced on Friday, February 20.

According to the BSP, remittances continued to be a major driver of domestic demand.

The 2015 level represented 9.8% of the gross domestic product (GDP) and 8.1% of the gross national income (GNI), the central bank said.

The BSP said remittances from OFWs coursed through banks also registered a record high of $2.5 billion, rising by 4.9% year-on-year in December 2015.

The continued deployment of skilled OFWs remained a key factor in the growth in remittance inflows, the BSP said.

Preliminary data from the Philippine Overseas Employment Administration (POEA) indicated that the number of deployed OFWs in 2015 reached 1.8 million.

Moreover, the POEA reported that approved job orders for the year reached 835,247, of which 45% have been processed. “These job orders were intended mainly for service, production, and professional, technical and related workers in Saudi Arabia, Kuwait, Qatar, Taiwan, and Hong Kong,” the BSP said.

The central bank added that the increased presence of banks abroad and the introduction of new products and services for the benefit of OFWs continued to facilitate the channeling of remittances to the formal channels. – Rappler.com