Feb 21, 2016 12:31 AM PHT
Rappler.com
Facebook Twitter Copy URL
Copied
'By virtually any sensible measure, we are much better off today than we were 6, or even 18 years ago with the earliest comparable annual debt data,' says the finance secretary 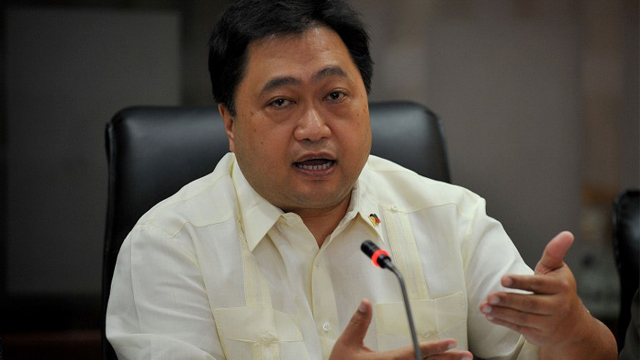 In a statement, Purisima explained that on the contrary, the country is much better off now than in the past.

“By virtually any sensible measure – that is to say, on indicators that matter – we are much better off today than we were 6, or even 18 years ago with the earliest comparable annual debt data,” Purisima said.

Purisima pointed out that “using nominal figures to talk about debt is as misguided as it is disingenuously detrimental to the quality of public discourse on public finance.”

“The operative term in talking about debt is sustainability – or the ability to pay back the borrowed money. Thus, the important measurement is debt as a percentage of GDP,” he added.

Purisima also warned against “politicized red herrings,” especially with the national and local elections just a few months away.

“This election season, an empowered citizenry must be more vigilant than ever against politicized red herrings. Blurring facts and misappropriating the implications of figures will not get us moving forward,” he warned.

Purisima further explained that fiscal consolidation under the Aquino administration “has led to a well-managed deficit which eased financing requirements, translating to lower growth in national government liabilities compared with the size of the economy.”

Purisima highlighted the following points to support his assertion:

“Should national debt include those held by the social security institutions and local government units, general government debt to GDP ratio stood at 36.4% in 2014 (latest available full year data) – a 7.9 percentage point drop from the 44.3% in 2009 and likewise the lowest since earliest comparable data in 1998,” Purisima said.

He added that should debt include government owned and controlled corporations and financial institutions (GOCCs and GFIs), “Outstanding Public Sector Debt stands at 55.8% as of end-September 2015, the lowest ratio ever for the earliest comparable period of 1998.”

He said government savings point to its fiscal space to spend on more productive investments such as infrastructure, health, education, and social services expenditures.

“A heavy, healthy bias towards domestic borrowing has a double-edged effect: deepening domestic bond markets while boosting our resiliency against external volatility,” he explained.

Purisima also highlighted the importance of separating the concept of personal debt from that of government or corporate debt.

He noted that governments and private corporations generally maintain a healthy level of debt not only to help develop the capital markets, but to finance future growth.

In the case of the Philippines, he said, “our budget provides for education, health, social services, and investment in infrastructure, among others, which, not only provides for the current needs of the people but also enhances the productive capacity and long-term potential growth of the economy.”

“Relying solely on the current level of revenue generation to finance the budget creates a dangerous restraint to growth, is uncommon (there are only 5 countries in the world without debt), and ultimately unwise for most. This provides the impetus for maintaining a sustainable deficit and manageable growth in debt,” he said.

He cited the projection of the International Monetary Fund that the fiscal multipplier of government expenditures is at 1.6.

“Not incurring good debt as a means to augment funding capacity would mean only either one of two things: a severe cut-back of critical public goods and services our people need, or a severe increase in taxes,” Purisima said. – Rappler.com