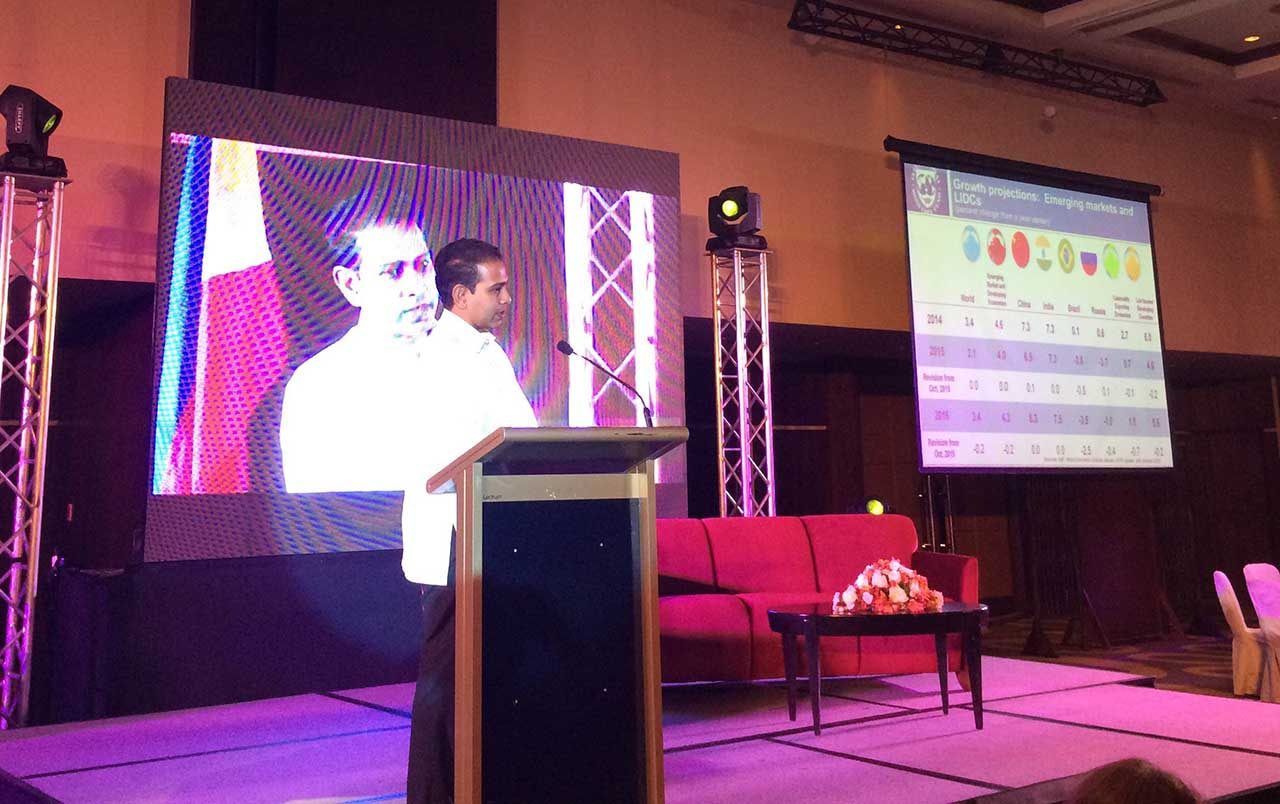 MANILA, Philippines – Now that the Philippines is exhibiting resilient growth, it is in a unique position to take advantage of the shifting global economy. To get there, however, it needs to ride out China’s own shift in the short term.

That was the main message of international experts and local economic managers gathered to speak on the country’s economic prospects at the 3rd Manila Times Business Forum held on February 23 in Pasay City.

“The country has shown remarkable growth in the last 3 years despite a slight slowdown last year. But we think that slowdown was largely exogenously driven. Prospects are bright, growth should be resilient, and the country has huge potential,” said Shanaka Jayanath Peiris, the resident representative of the International Monetary Fund (IMF) in the Philippines.

The country can make the most out of global trends, and the key to that is its young demographic.

“For the medium- and long-term, the Philippines has the demographic divided. In Asia, it is only the Philippines, Indonesia, and India who are going to be young. The rest of the world is roughly going to age and that will be true for the next 50 to 75 years,” Peiris said.

Not only is the country young, but it’s also one of the world’s fastest growing markets, Peiris added.

The IMF sees the future as being dominated by the service sector, which puts the country in a uniquely advantageous position with its abundance of young, English-speaking workers and fast-growing IT structure.

The shift will also help soften the blow of the country’s relatively weak manufacturing sector.

“In the future, it is not going to be easy for any country to be a manufacturing hub and grow through exports. This century is shaping up to be about services and the Philippines is well placed for it,” Peiris said.

Peiris also pointed out that all of the potential would be useless without the solid macro-economic fundamentals that the country has displayed in the past few years.

“Current account surplus and reserves are high. Based on the IMF’s own particular matrix for determining reserves, the Philippines is one of the most comfortable reserve positions in the world,” he said.

What’s more – domestic financial risks have gone down. Credit growth has slowed down over the last two years, owing to slightly weaker growth in the construction sector.

That is a good thing, Peiris said, because the construction sector is particularly vulnerable to boom and bust cycles. Now it is growing at a more sustainable pace, from above 20% to just below 20%. It is these factors that lead the IMF to predict that the Philippines will be one of the countries least affected by the current global volatility in financial markets, which was caused primarily by China’s economic shift to domestic-based growth in favor of exports.

It’s this global volatility that previously triggered the IMF’s lower growth forecast for the Philippines and the rest of the region for the next two years.

Despite this, however, Peiris pointed out that the country is better insulated than most not only because of its economic fundamentals, but also because it is one of the least affected by slowing Chinese demand.

This is largely because the country, as a net importer, is not as directly exposed as its neighbors to value-added exports to China, which have suffered due to slowing demand, Peiris said.

Despite China’s growth slowdown, Tetangco pointed out that “China’s GDP is still growing at around 6% annually – that is still significant.”

Because of China’s size, its policies have an impact on other countries, as currently evident in how it is affecting trade and causing market volatility.

“What we need is greater clarity, specifically greater communication of China’s policies from its officials, that would help stabilize markets,” the BSP chief said.

Continued US growth would also help the country mitigate any trade losses it might incur from China’s slowdown.

The problem at the moment is that the US Federal Reserve has held off on raising rates to assess the impact of the current global volatility on its own economy, Tetangco said.

“Originally the expectation of the market was that the US Fed would raise rates by a hundred basis points this year but based on recent pronouncements from Fed officials, it doesn’t look like that expectation is still the same. Analysts are now saying they will increase by less,” he explained.

Tetangco also said that heightened awareness of how US monetary policy affects the rest of the world, and how the effects could spill back to the US, bodes well for calming the volatility.

“All of this is now being considered and policymakers are now more sensitive to this relationship. Whatever they do, they will make sure to take into consideration the impact it will have on other economies.” – Rappler.com