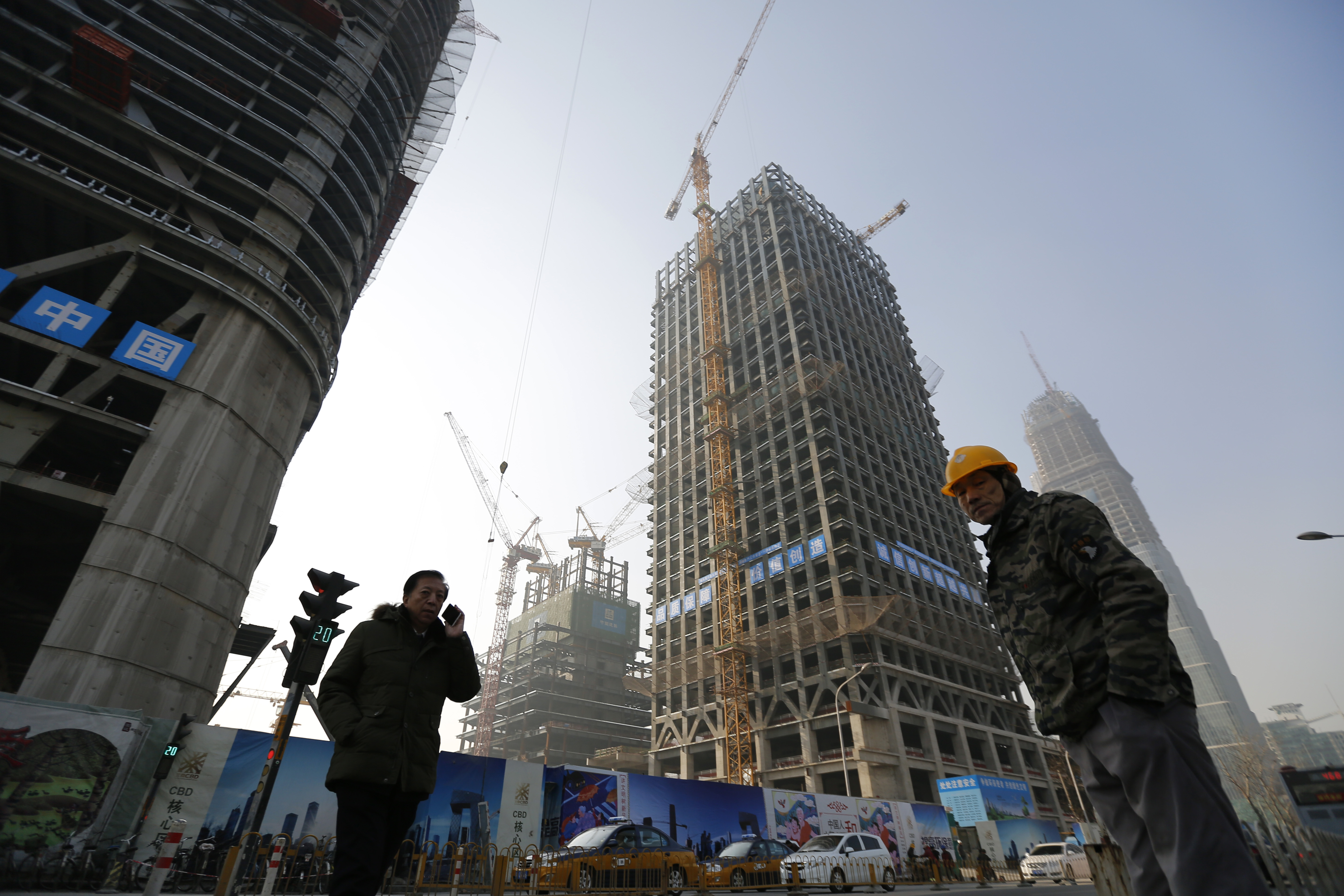 BEIJING, China – China on Saturday, March 5 cut its growth target for this year to a range of 6.5% to 7%, as the world’s second-largest economy faces a litany of challenges from overcapacity to weak trade.

The country is a key driver of global growth but expansion fell last year to 6.9%, its slowest in a quarter of a century, and worries over its health have sent tremors through stock markets around the world.

Premier Li Keqiang told the opening of the National People’s Congress (NPC) parliament, the country’s Communist-controlled legislature, that this year’s growth target was “6.5% to 7%”.

“China will face more and tougher problems and challenges in its development this year, so we must be fully prepared to fight a difficult battle,” Li said.

“Downward pressure on the economy is growing,” he added. “Domestically, problems and risks that have been building up over the years are becoming more evident.”

The growth target had been set at “about 7%” last year.

China’s leaders have traditionally declared the GDP goal at an easily achieved level that was regularly exceeded, and even then usually approximated to provide room for positive spin.

Using a range, rather than a single figure, will widen the target further.

In a report ahead of the NPC, analysts with Bank of America Merrill Lynch said that adopting a range was “a laudable move as it would leave some room for structural reforms without stretching on short-term growth objectives”.

But they noted: “The actual economic impact will depend on the implementation” of changes.

Li’s nearly two-hour speech to serried ranks of delegates in the Great Hall of the People was punctuated by regular bursts of polite applause, and the sound of thousands of sheets of paper turning simultaneously each time Li finished reading a page.

Premier Li said that authorities would make much-needed cuts to overcapacity in the steel, coal, and “other industries facing difficulties”.

State-owned enterprises, many of which are plagued by inefficiencies and overcapacities, will be prompted “to make structural adjustments”, he said, with some reorganised, merged, or forced to exit the market.

Such pledges have been made many times before.

Chinese country’s leaders have sought to reassure jittery global markets in recent weeks with a unified message that authorities still have monetary and fiscal policy tools in their arsenal to keep the economy from further slowdown.

China is attempting a difficult transition from dependence on exports and investments to consumer-led growth.

China was also targeting consumer inflation of around 3% and unemployment within 4.5%, he added.

He did not give a specific target for trade, which fell last year, only aiming for “a steady rise in import and export volumes” and “a basic balance in international payments”.

He also pledged “further reductions in the release of major pollutants”, with sulphur dioxide and nitrogen oxide emissions cut by 3%.

A 3% level has long been seen as a red line by authorities, but Li noted that such a debt ratio was lower than in other major economies.

This week, following a meeting of G20 finance ministers in Shanghai, the central bank trimmed the proportion of funds that banks must set aside as reserves in an attempt to free up cash for lending, as another stimulus to growth. – Ben Dooley, AFP/Rappler.com