Customs turns over 320,000 pairs of license plates to LTO 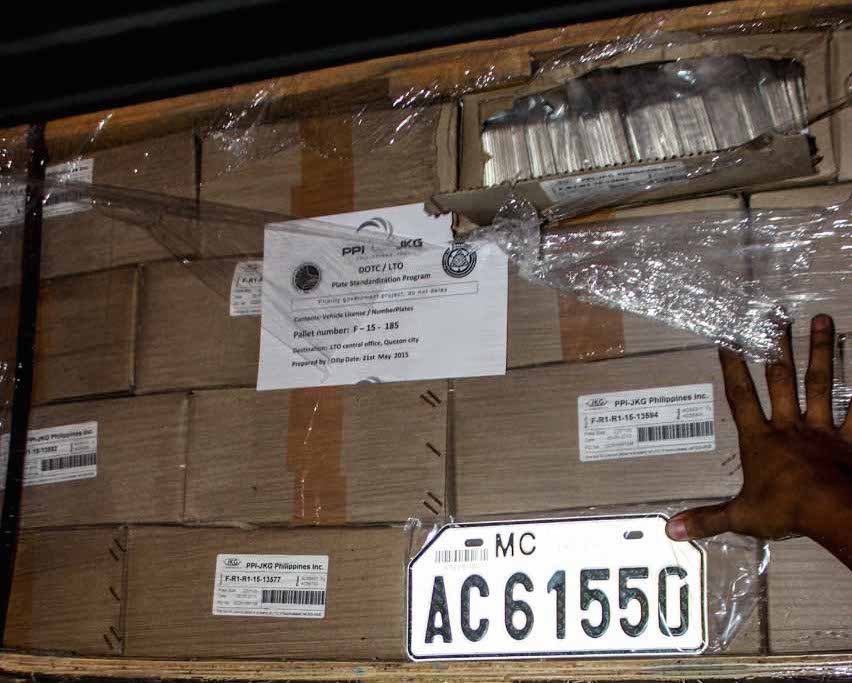 Facebook Twitter Copy URL
Copied
The turnover is part of a deferred payment agreement between the two government agencies. It allows LTO to begin documenting the plates and distributing them to new car owners.

MANILA, Philippines – 320,000 pairs of Customs-held license plates long awaited by motorists have finally made their way to the Land Transportation Office (LTO).

This allows the LTO to begin documenting the plates and distributing them to new car owners. (READ: Customs eyes turnover of ‘abandoned’ license plates to LTO)

LTO chief Roberto Cabrera III told Rappler in a text message that the 320,000 pairs are more or less a mix of new series plates, replacements for old ones, and plates for motorcycles.

“In the meantime, LTO is now preparing documents to segregate the plates per regions and orders as soon as we receive them. From receipt, we expect to release within 15-30 days,” he said.

Cabrera said that “there are processes to be followed with the customs and shipping company which we plan to finish by next week so we can take out the 11 containers already and start distributing.”

The initial batch of plates was released because the BOC and the LTO agreed on a deferred payment scheme wherein the taxes and penalties, estimated at P40 million, would eventually be paid, explained Customs chief Alberto Lina.

Lina said there is no deadline for the scheme.

Cabrera said that taxes on the shipment of license plates remain unpaid but since the “transaction was a turnover, we can actually seek for a waiver with the Office of the President and the Department of Finance.”

He added that the LTO could “actually pay for it under the money payable to the supplier, which we are in possession of. We will clarify this with DOTC Legal.”

The license plates are in the 11 container vans that were declared abandoned at the Manila International Container Port (MICP) last February.

They are part of the long delayed license plate standardization program of the Department of Transportation and Communications (DOTC). Under this program, JKG-PPI bagged the P3.8-billion contract to supply new plates in 2013 but failed to deliver.

The private importer of the license plates, JKG-PPI – a joint venture of Dutch firm J Knieriem BV-Goes and Power Plates Development Concepts Incorporated – incurred duties and taxes of about P40 million, but failed to pay up within the prescribed period.

Last month, JKG-PPI filed an appeal with the BOC to lift the abandonment status of the shipments. This was rejected by Customs, prompting the LTO to send a letter asking them instead to donate the plates held at MICP. – Rappler.com