May 11, 2016 7:30 PM PHT
Rappler.com
Facebook Twitter Copy URL
Copied
For now, Standard and Poor’s, Moody’s and Fitch all keep the country’s credit rating at investment grade as the country prepares for a Duterte presidency 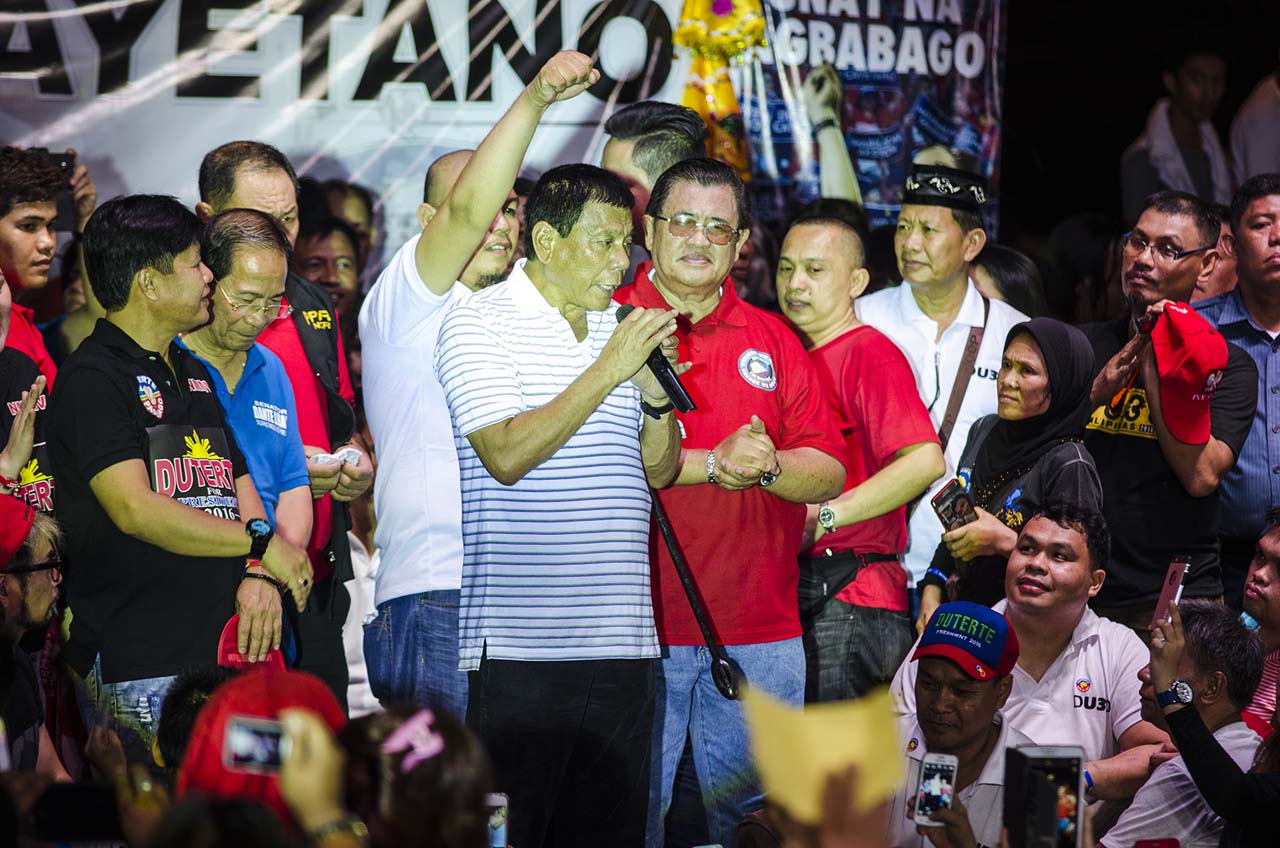 But it added: “In the near term, however, businesses in the country may be more cautious about expanding given the uncertainties over the new government’s policy orientation.”

The former Davao City mayor campaigned on an anti-crime platform and has said that he would be open to lifting constitutional restrictions on foreign ownership.

“Nevertheless, we expect the incoming administration to continue with policies that had contributed to sovereign rating improvements in the past few years. Duterte’s track record of more than 20 years in Davao gives few indications that he would embark on economic policies significantly different from the Arroyo and Aquino administrations,” the debt watcher said.

Meanwhile, Moody’s Investors Service, which has given the country a rating of Baa2 or a notch above investment grade, has adopted a cautious wait-and-see approach toward what the coming months will bring.

“Following the election, Moody’s noted that the sovereign credit implications of the elections, if any, will only be determined over the coming weeks and months as the new president forms a Cabinet and formulates economic and fiscal strategies,” it said.

Moody’s said that current economic trends, particularly domestic consumption and services exports driven by BPOs, have so far helped the Philippines weather a volatile global economy and that this is likely to continue.

The economy’s growth slowed to 5.8% last year but showed a particularly strong 4th quarter showing of 6.3%. The International Monetary Fund and the World Bank expect the Philippines to build on this growth for 2016.

Inflation fell to to 1.4% last year from 4.1% in 2014 which has been the main reason the Bangko Sentral ng Pilipinas (BSP) has kept interest rates steady since September 2014.

Moody’s also agreed with the S&P assessment that overall fiscal policy is unlikely to be changed under the Duterte administration, saying that “the central bank’s focus on macroeconomic and broad financial system stability is not likely to be affected by the political transition.”

Fitch Ratings, which rates the country at BBB-, took the same view that the country’s macroeconomic fundamentals and in particular its newfound position as a net external creditor should sustain its growth momentum.

Fitch’s rates the country at a minimum investment level, lower than S&P and Moody’s although it has assigned it a positive outlook in April.