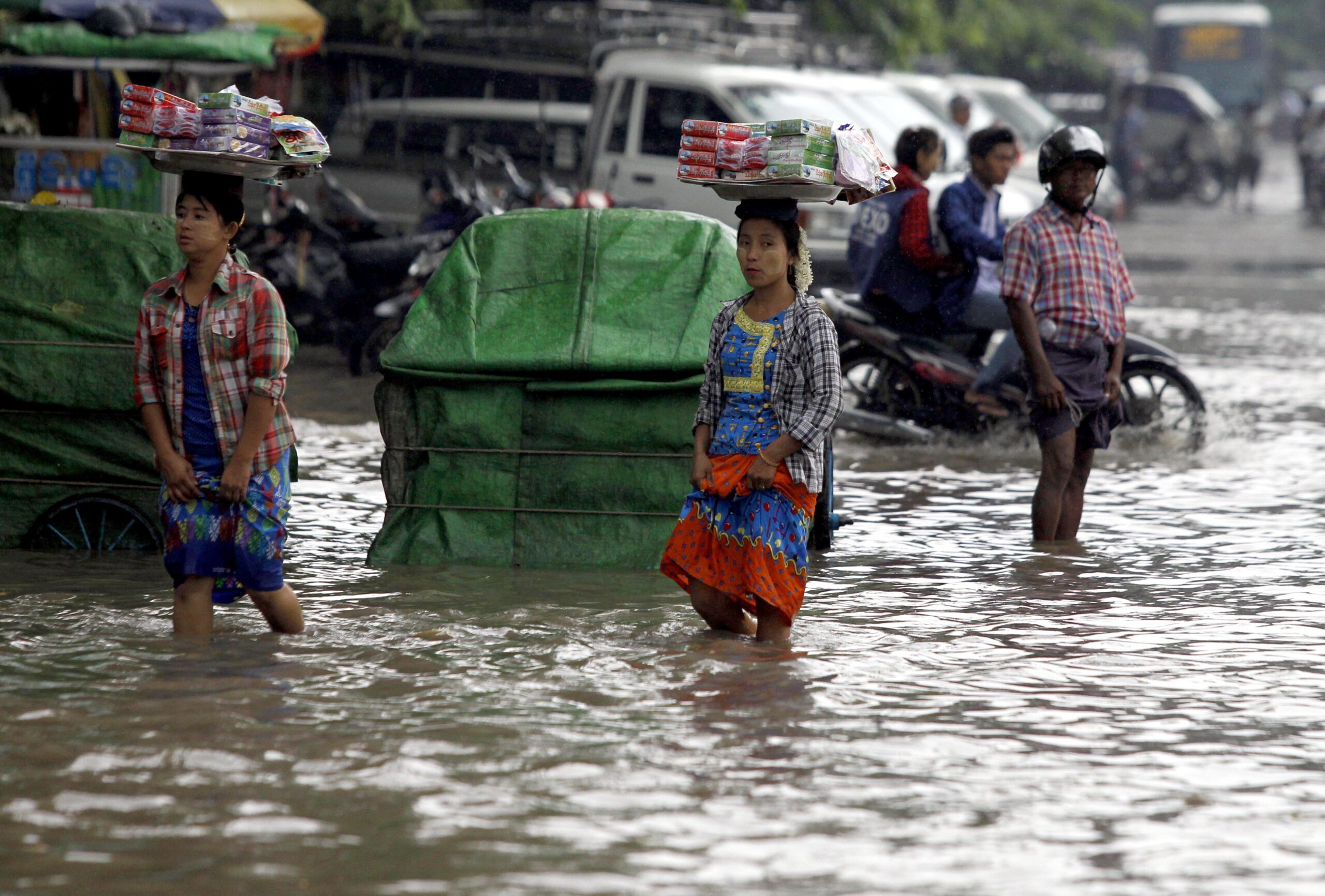 YANGON, Myanmar – Myanmar’s growth rate, once one of the world’s most impressive, has dipped following heavy floods and an investment slowdown sparked by uncertainty over its political transition, the World Bank said Tuesday, May 31.

It was a transformative moment for a nation and its economy, which withered under the former junta.

But the election – and the long transition period between the two governments – has dragged on growth in the past year, the World Bank said, leaving investors wary as they waited for the dust to settle.

The bank estimated that Myanmar’s GDP growth during the 2015/16 financial year at 7% – still in the top tier of the world’s fastest growing economies but a significant dip from the previous year’s 8.5%.

The bank had previously estimated that Myanmar would grow 6.5% for the 2015/16 period. Myanmar authorities do not release official economic data.

But it added that the country’s overall economic prospects remained strong.

“While Myanmar’s economic growth has eased in this past year, it still remains a powerful engine of change and development for the people of Myanmar,” said Abdoulaye Seck, the World Bank’s country manager.

Since the military junta ceded power to a quasi-civilian reformist government in 2011, Myanmar’s economy has charged ahead with most Western sanctions lifted and foreign investors flooding in.

The peaceful transfer of power to a civilian-led elected government has sent hopes for a better future sky high.

But Suu Kyi’s government faces a daunting task. Myanmar, one of Asia’s poorest nations, is hampered by decrepit infrastructure, conflicts in resource-rich borderlands, and the continued influence of the military and junta-era cronies, who still dominate business.

Her hands are also partially tied by Myanmar’s complex political system where the military still retain control of the key security ministries and are guaranteed a quarter of parliamentary seats. – Rappler.com