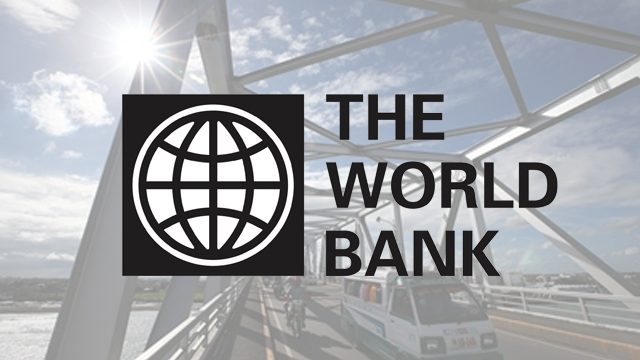 MANILA, Philippines – Halfway through the year, the World Bank has lowered its growth forecast for the global economy, although East Asia and the Philippines remain unaffected.

In its latest Global Economic Prospects report released Wednesday, June 8, the multilateral institution cut its global growth forecast to 2.4% from the 2.9% growth projected in January.

Commodity-exporting emerging markets are particularly hit with the World Bank noting that they have struggled to adapt to lower prices for oil and other key commodities.

Commodity-importing nations have been more resilient than their export-oriented counterparts, but the World Bank noted that the expected benefits of lower prices for energy and other commodities have been slow to materialize.

The report comes as the main developed country drivers of global growth – Japan, Europe, and the United States – struggle for traction.

A sharp deceleration of the US economy since the beginning of the year is not helping carry the rest of the world, and the World Bank has cut its expectations for the world’s largest economy by 0.8 percentage point to 1.9% in 2016.

The Euro area will achieve only 1.6% growth, and Japan, fighting off deflationary pressures, will manage just 0.5%.

In all 3, the World Bank said, investment remains soft amid doubts about the efficacy of policies, particularly those of central banks holding interest rates at extraordinarily low levels.

Despite sluggish growth elsewhere in the developing world, notably Latin America with Brazil in recession, the outlook remains the same for East Asia.

The 2016 forecast for East Asia, described by the World Bank as the world’s growth engine, is unrevised at 6.3%.

The region excluding China is projected to grow at 4.8% in 2016, unchanged from 2015, assuming an orderly growth slowdown in China.

The World Bank noted that strong consumption and low commodity prices will continue to drive growth in the Philippines along with Thailand and Vietnam.

The country was off to a strong start in 2016, growing by 6.9% in Q1 – the fastest-growing economy in the region for the period. A big factor in that growth was the boost from election spending, which is predicted to have an even larger effect in Q2.

Analysts warned, however, that the waning of the election boost combined with a possible La Niña and a US Federal Reserve interest rate hike may temper growth in the latter part of the year. – with reports from Agence France-Presse / Rappler.com