Beyond the numbers: How Aquino fueled the economy 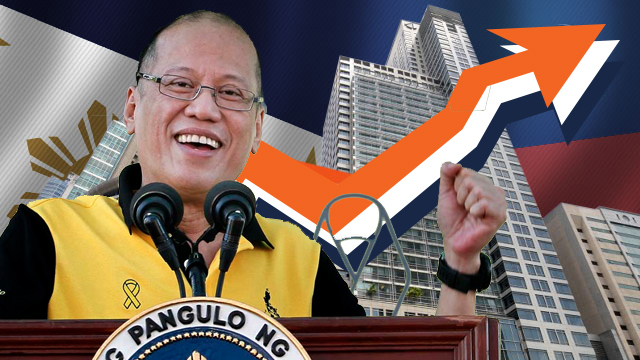 MANILA, Philippines – Early last year, as economies around the world from Brazil to Thailand, from France to the US, struggled to either avoid or break free from recession, the Philippines grew by a comfortable 5%.

Since many other nations faced economic uncertainty at the time, it could have been cause for even a minor celebration, even if the growth figure was a 3-year-low.  Yet it was viewed as a big disappointment.

In the first quarter of this year, the Philippines again pulled a feat – it was crowned the fastest growing in Asia as it hit 6.9% growth. The general reaction at home? No fireworks; champagne bottles remained corked – the 6.9% economic growth just narrowly exceeded market expectations.

Such tempered public response shows that high growth numbers have become the norm under the watch of President Benigno Aquino III. Many say that they have not “felt” the improvement in the economy, so much so that this became one of the defining narratives of the last elections.

Still, the kind of growth the Philippine has sustained over the past 6 years has been significant and the world has taken notice.  As he ends his presidency, Aquino will leave an economy now universally seen as a global star.

Experts on the ground believe that over time, and with a little more work, most Filipinos will take notice as well.

To better appreciate the economic impact of the Aquino’s reforms and programs, one should view the last 6 years in the context of the past few decades.

For Chua, Aquino’s main contribution to the economy is setting up the proper foundations – getting the macroeconomic fundamentals and national budget in order.

As a developing country, Chua described the Philippines as a student who needs to have the proper environment to progress.

“If you live in house wherein your mom and dad fight every day and your siblings drink and do drugs, and the basics like water and school books are not taken care of, any child will have a hard time studying and progressing,” he explained.

Chua said the Aquino administration provided the environment conducive to nurturing the economy by, among others, boosting revenue collection by around 1.6% of GDP “simply by improving systems.”

“The only tax that was raised was excise tax by 0.4%, and the budget side is now much more transparent and participatory,” he said, adding that the Aquino administration was also able to keep inflation in check and steady throughout his administration.

Foreign reserves are also a strong point. The benchmark is that a country’s reserves, like a savings account, should cover at least 3 months’ worth of expenses.

Since 2008, the country’s reserves have been able to cover 10 months’ worth of expenses, aided by the stream of remittances from overseas Filipino workers. OFW remittances have reached the highest level under Aquino.

Fuel for the engine

The most tangible result of this newfound stability are the dramatically lower interest rates.

Chua pointed out that the Aquino administration has managed to lower the global risk perception of the Philippines. This is mirrored in the continued credit rating upgrades given by major credit rating agencies to the country, which achieved investment grade status in 2013.

This has pushed down interest rates to 4% from 12% 10 years ago, “so the savings are quite substantial,” he said.

The significantly lower cost of borrowing has encouraged more personal, business, housing, and car loans – an important point, as the Philippine economy is consumption-driven. The Research, Education, and Institutional Development (REID) Foundation estimates that the private sector accounts for 85% of all economic activity. 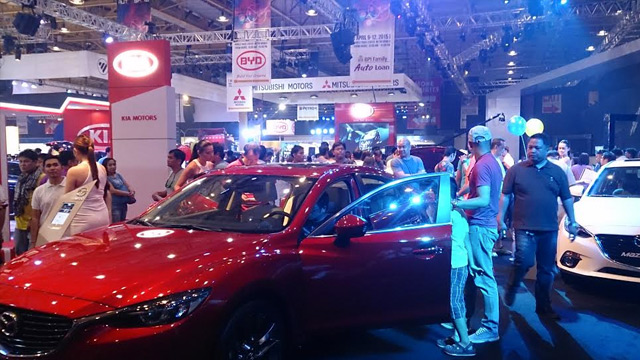 Ask any businessman and he would tell you that these low interest rates have been the biggest factor in the economic boom from banking to cars to BPOs to real estate. (READ: Snapshot of industries: Good, poor performers under Aquino)

“The government did a good job with the finances and impressing the credit rating agencies. There’s a lot of confidence in the market now and we’ve seen a lot of growth in the investment side, expansion of the BPO sector. It’s been a good run,” said Rick Santos chairman and founder of property consultancy CBRE Philippines.

Services to the people

“The government used to spend a third of its budget on interest payments, but now it spends about 20%, and this has a large although indirect effect as that means the government has more money to spend on social services and infrastructure,” Chua said.

People are feeling it, he said, through more textbooks and classrooms. Mindanao has no more backlog in grade school classrooms, having met the benchmark of a maximum 25 students per classroom.

Universal coverage of health insurance is almost complete in large part due to the sin tax reform of the administration, and the budget increase it allowed for the Department of Health and PhilHealth, Chua added.

Aquino has also expanded the Conditional Cash Transfer (CCT) program, which Chua called one of the best in the world. Aquino has said that the program has lifted 7.7 million people from poverty. Some 4.6 million households and beneficiaries of the program. 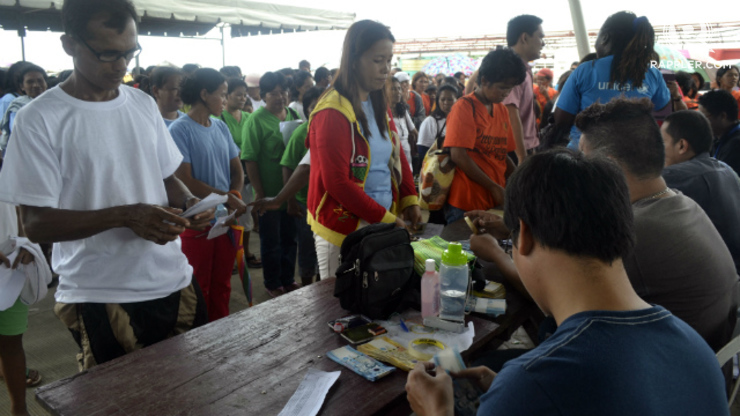 The fact that every candidate promised to not only continue but to also expand the program during the highly rancorous elections speaks of its effectiveness, he said.

The bid to grow the economy was complemented by an anti-corruption campaign that citizens’ groups have acknowledged.

“From our perspective, the very fact that we were able to set up Bantay.ph and not even be afraid was testament to the administration’s clear focus on reducing corruption,” said Henry Motte Muñoz, social entrepreneur and founder of government watchdog Bantay.ph.

“They made it clear that corruption would not be tolerated from the top and when the head is not corrupt, it starts to permeate across the body,” he added.

The Aquino administration improved transparency in processes like passport and driver license renewals, while streamlining them as well. Muñoz pointed out that one inspired move was to fan out satellite offices to shopping malls.

This administration has prioritized streamlined bureaucratic functions, including business registration.  As a result, it has made steady progress in global competitive surveys.

Muñoz observed that the Aquino administration’s real legacy is how it made people feel that they can do their part in fighting a corrupt system.

“It was really a mindset shift and people tend to underestimate that. When you shift mindsets, there’s long term impact which will outlast this current administration and that’s the best impact you can have,” he said. 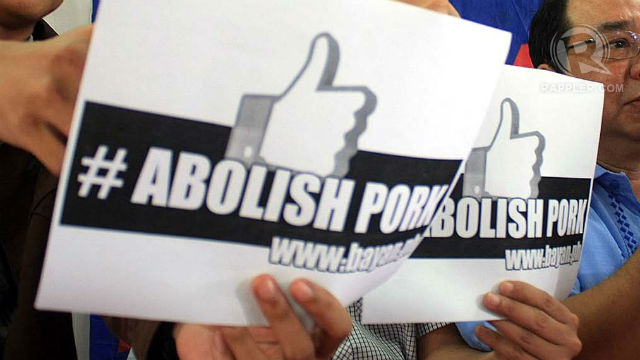 In its 2016 Report on Corruption, Hong Kong-based think tank Political and Economic Risk Consultancy Ltd (PERC) said the Philippines has the most improved anti-corruption campaign among 16 countries surveyed.

In the end, part of the reason why the country’s economic growth has not been as conspicuous to most Filipinos is because – as with most countries – it has been uneven.

“The country is growing and it’s growing fast but the income gap has not narrowed and may even increase in the short term,” Chua said.

This, he explained, is because the poor cannot be found employed in sectors on the rise –  formal services like BPOs, finance, and real estate. The poor are working in the agriculture industry and informal services.

“That’s where all these budgetary reforms for social services will play a part; to make sure that from the supply side, these people are healthier, more educated and competitive so that they can participate in that group” Chua added. (READ: World Bank: PH can end poverty in a generation)

The evolutionary nature of how economics works also plays a part in this.

“Aquino inherited a messy house and spent the majority of the time getting the foundation right. Unfortunately, a lot of the economic reforms came towards the end but we’ll feel the effects later on,” Chua said.

To be fair, Chua said, some of the current improvement in macroeconomic fundamentals began during the administration of Gloria Macapagal Arroyo, particularly the value-added tax (VAT) reform and expenditure compressions. Other administrations have done their part as well.

So there’s every chance, he continued, that some of Aquino’s reforms would be felt even more in the next 6 years.

“But to be sure, what this government has done is put the house in order and also put in a lot of potentially growth enhancing laws. So the onus is now on the next administration to continue the work,” Chua said. – Rappler.com