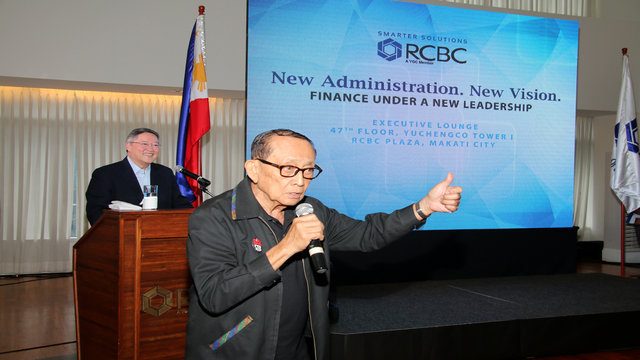 Facebook Twitter Copy URL
Copied
'We intend to take the traffic crisis by the horns not only because of the grave economic costs of congestion, but also because of its adverse effects on the health and quality of life of our labor,' the finance chief says

Dominguez said in a business forum that the new government will carry out initiatives ranging from infrastructure buildup and tax reform to easing traffic congestion.

This is in line with President Rodrigo Duterte’s 10-point socioeconomic agenda, which aims to make all Filipinos benefit from the country’s growth streak.

“[D]elivering progress for all over the next 6 years is the only way for the government to arrest the public disenchantment that had propelled Mr Duterte to the presidency, arising from the majority’s belief that they have yet to reap the fruits of high growth in recent years,” Dominguez said in a forum hosted by the Rizal Commercial Banking Corporation (RCBC) in Makati City.

The Department of Finance (DOF) chief said proposals such the grant of special powers to the President to deal with the traffic situation would be considered to ease Metro Manila’s chronic congestion that has stymied growth and turned off investors.

“We intend to take the traffic crisis by the horns not only because of the grave economic costs of congestion, but also because of its adverse effects on the health and quality of life of our labor,” Dominguez said.

Kill two birds with one stone

“Both the short-term goals and the longer-term strategies must cohere and deliver palpable results,” he said. “Otherwise, we could reap more profound disenchantment.”

The DOF chief added that the new administration would “revolutionize Philippine agriculture” to raise rural productivity as well as “pour massive public investments into human capital” to improve the Philippines’ educational system and widen public access to health services.

“We seek to rapidly decentralize our economy, improve the productivity of our agriculture, and temper the population growth rate,” he said.

Enhancing the country’s PPP thrust is another goal of Dominguez.

“[W]e would be open to unsolicited proposals and ideas from the private sector to better stimulate the economy and further create jobs, especially for young Filipinos,” he said.

“I assure you that both the concept and the execution of the PPP program will be dramatically reviewed,” he added. “The PPP program will, in the new dispensation, no longer be merely a PowerPoint presentation.” – Rappler.com