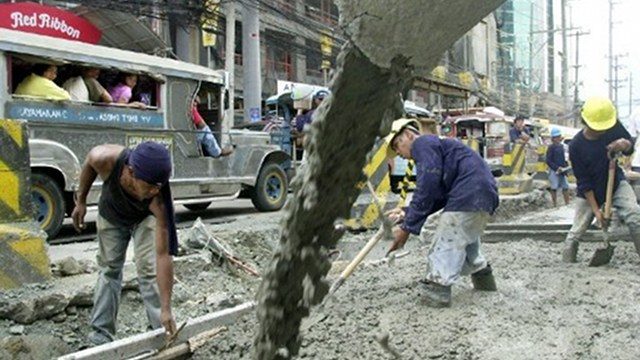 MANILA, Philippines – First Metro Investment Corporation (FMIC), the investment banking arm of Metrobank Group, sees the Philippine economy achieving a faster pace of growth at 6.5%-7% this year, as it expects private investments to grow robustly and has overall high optimism for the new leadership of President Rodrigo Duterte.

“With the anticipated 6.5%-7% GDP growth, the country is expected to continue its rapid growth, outperform its regional peers, and weather any further global economic and financial market headwinds,” FMIC president Rabboni Francis Arjonillo said in a briefing in Makati City on Monday, July 11.

FMIC’s outlook is in line with the government’s 6% to 7% target.

“We now see investments as a second engine. Before, we used to talk about BPOs and OFWs. With the new admin, acknowledging our infrastructure deficit, we expect infrastructure spending to take on a more accelerated pace – not just in Mega Manila but even in the countryside,” FMIC Investment Banking Group head Justino Ocampo said during the briefing.

FMIC said inflation is likely to average around 2%-2.2% due to the slight recovery of oil prices and the effects of the El Niño phenomenon.

The growth of OFW remittances will continue to be tempered by the impact of low oil prices, particularly in the Middle East, but will maintain positive growth of around 2%-4%.

“Exports are seen to improve marginally at 2%-5% but may continue to reel due to weak global economy. Imports are expected to grow 7%-10% this year, driven by robust domestic consumption and investment demand,” the investment banking arm said.

FMIC also said that Philippine peso will be trading between 46.50 and 47.50 against the US dollar, slightly stronger than the start of the year projection of 48-49, as a result of robust investment inflows.

Infrastructure spending will remain at 4.5%-5% on expectation of smooth and faster implementation of the PPP projects and other public infrastructure.

In equities, FMIC said the market may challenge its previous all-time high of 8,127 towards yearend.

This is “buoyed by the strong momentum of foreign inflows, increased investors’ confidence in the sound fundamentals of the domestic economy and clear political mandate of the Duterte administration,” the Metrobank arm said.

Given the robust local economy, strong interest on inbound merger and acquisition (M&A) is highly expected.

“Clearly, the Philippines has emerged as one of the highest performing economies in Asia, running up to 6 years of strong growth and has remained resilient in the face of global economic and financial markets turbulence,” Arjonillo said. – Rappler.com