Filipino consumers most optimistic in the world for Q2 2016 – Nielsen 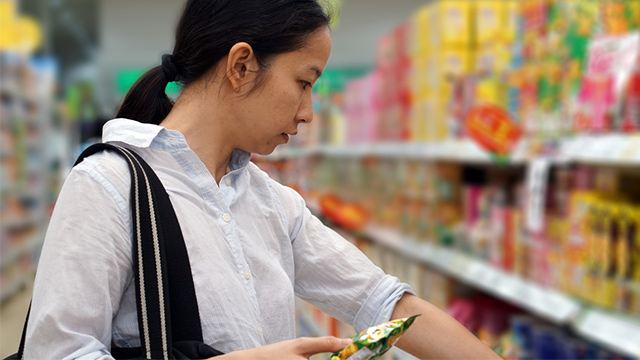 MANILA, Philippines – Filipinos have long been famous for having a sunny disposition, but a new survey by global research firm Nielsen has brought another title: the most optimistic consumers in the world.

For the second quarter of 2016, optimism of Filipino consumers surged by 13 points to 132 in the Nielsen Global Survey of Consumer Confidence and Spending Intentions, which was released on Tuesday, August 2.

That’s the biggest quarter-on-quarter increase among the 63 countries covered in the online survey, according to Nielsen.

“Confidence in the Philippines is at an all-time high, and with a 6.9% GDP growth rate in the first quarter, it’s one of the fastest-growing economies in Asia,” said Nielsen Philippines managing director Stuart Jamieson in a statement.

“The Philippine economy relies heavily upon consumption, and with sales of consumer goods growing rapidly at a 7.1% rate in the year ending May 2016, consumer spending remains robust,” Jamieson added.

“The promise of greater reforms during the recent presidential elections, which took place during the survey period, likely helped buoy positive consumer sentiment.”

Consumer confidence levels above a baseline indicate optimism while those below it indicate a level of pessimism.

Nielsen also noted that since the survey is done online and internet penetration in emerging markets is still growing, respondents from these countries may be younger and more affluent than the general population. 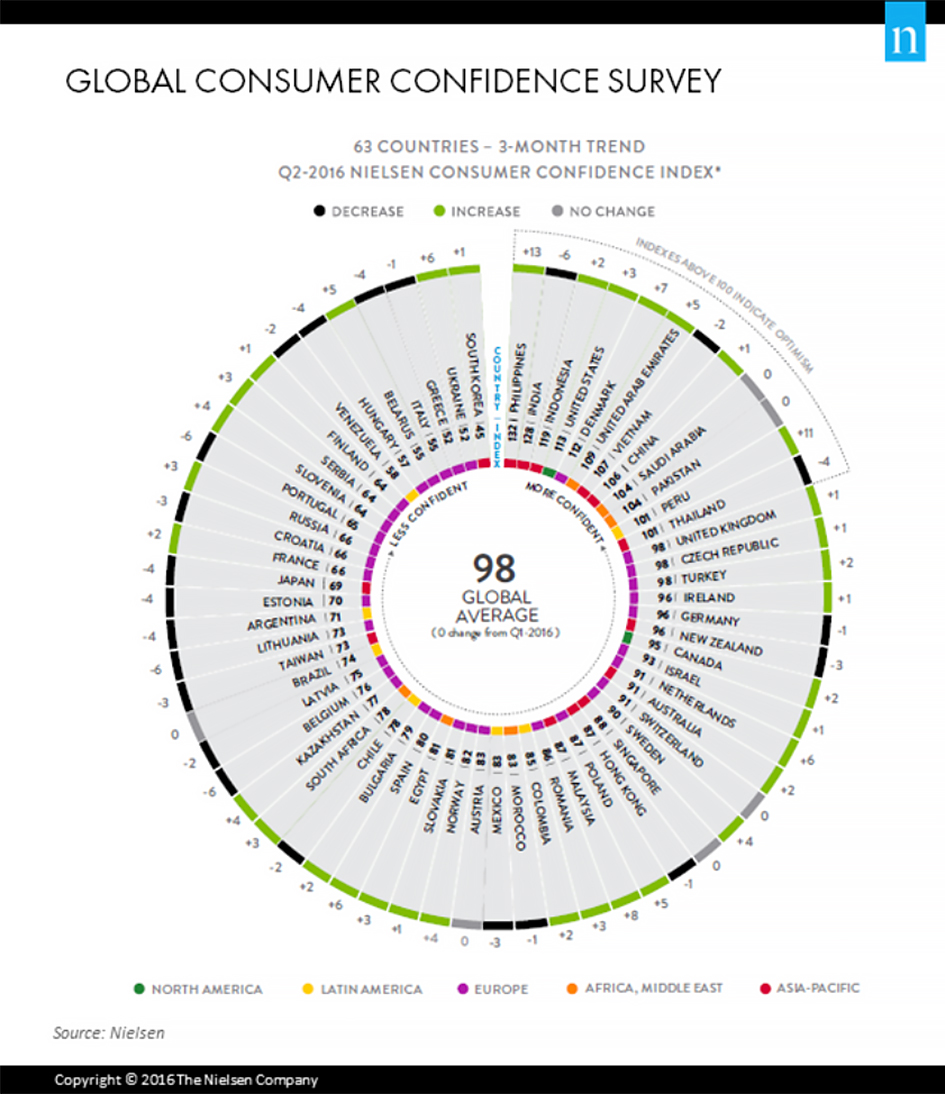 Immediate-spending intentions came in next with a 10-percentage-point rise to hit 61%.

Respondents also showed a favorable sentiment about personal finances, which rose by 5 percentage points to settle at 88% of all respondents.

Filipinos also managed to save amid the consumer boon with 65% of survey respondents saying they would save their spare cash.

Having channeled spare cash to savings, 3 out of 10 Filipino respondents said they plan to spend spare cash on holidays and vacations, while 32% said they will splurge on home improvements or decor.

Another 30% said they preferred to spend their savings on new clothes, while 29% mentioned new gadgets.

India came in second to the Philippines with a score of 128 while neighboring Indonesia scored 119. Asia’s other giant China scored 106 while the US, the world’s largest economy, got 113.

Vietnam and Thailand also have confident consumers at 107 and 101 respectively, while Malaysia is the only emerging market in the region to have a confidence score below the baseline, registering 87. – Rappler.com