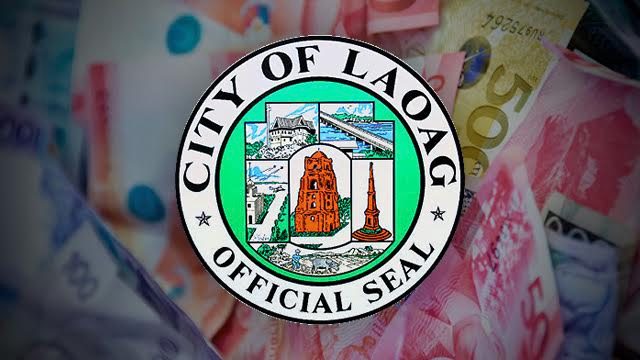 Facebook Twitter Copy URL
Copied
Laoag City Treasurer Elena Asuncion has reportedly fled to Hawaii with her city's money. The Department of Finance has asked the National Bureau of Investigation and other government agencies to 'get to the bottom of the case.'

Asuncion reportedly fled to Hawaii as early as June 14, following the preliminary findings of an investigation conducted by the Bureau of Local Government Finance (BLGF) fact-finding committee on the missing Laoag City funds under her care as city treasurer.

Dominguez said that based on the BLGF probe “Ms Asuncion was at the very least guilty of violating the DOF’s rules on local treasury operations as well as COA (Commission on Audit) regulations.”

“We are also asking the NBI, COA .and the BI to get to the bottom of this case of the missing P85 million in city funds,” the finance chief added.

The DOF said it will also ask the Bureau of Immigration (BI) to validate whether Asuncion has fled to Honolulu, Hawaii, as reported by local immigration officer Paul Versoza.

Versoza had said that “Asuncion left the country on June 14, 2016 at 12:35 PM via Philippine Airlines Flight 100 bound for Honolulu, Hawaii, using a tourist visa, as per records of the Bureau of Immigration.”

Asuncion’s “mysterious and suspicious” disappearance in June comes after a preliminary probe revealed that Laoag City government’s time deposits could no longer be accounted for.

The DOF said the Laoag City government’s bank deposits in Land Bank, the Development Bank of the Philippines, Rang-Ay Bank, and the Philippine National Bank were all depleted, although the books showed that the funds were intact.

During the investigation, out of the over P88-million Laoag City government funds, only P2.64 million were left in the form of time deposits. This means that over P85 million were missing from the city coffers.

The DOF said Asuncion’s request for an indefinite leave of absence (LOA) was outrightly denied, because she left the country without securing a travel authority, and an official LOA from the BLGF,  a DOF-attached agency.

Consolacion Agcaoili, the officer-in-charge (OIC) of the BLGF in Region I, supervised the fact-finding investigation on the missing funds. She said the  investigation showed that the Office of the City Treasurer “disregarded internal control systems and procedures and public fund management principles.”

“Having left her station sans the required travel authority as a government employee, more so that she is an accountable officer with funds and accountable forms under her custody, constituting a prima facie evidence, City Treasurer Asuncion should be immediately charged with violation of reasonable office rules and regulations,” Agcaoili said in her report to Dominguez.

BLGF investigators discovered that Asuncion had complete control over all cash collections, and that the city government’s cashbooks were not regularly updated.

This, Agcaoili said, violated the DOF and COA regulations on local treasury operations.

Agcaoili also reported that on June 10, a closed circuit television (CCTV) clip captured Asuncion opening the backdoor of her office and placing outside two large paper bags, which she later picked up.

Agcaoili said that the BLGF was informed about the missing funds on June 15, after she received a phone call from newly-elected Laoag City Mayor Chevylle Fariñas that Asuncion had left for Honolulu with the “alleged missing funds in the amount of P85 million.”

The mayor issued a memorandum to City Accountant Edgar Pascual, ordering him to explain his failure to detect the anomalies at the Office of the City Treasurer for the past years.

The Sangguniang Panlalawigan of Ilocos Norte has adopted a resolution asking the Laoag City Mayor and her husband, Vice Mayor Michael Fariñas, to “consider the clamor for them to take a leave of absence” pending the COA investigation into the missing funds.

Michael was city mayor for 3 consecutive terms before running for vice mayor in the May 9 polls.

Assistant City Treasurer Diomedes Gayban has been installed as officer-in-charge of the Office of the Laoag City Treasurer, after COA certified that Gayban is not involved in the missing funds.– Rappler.com