Balanced budget ‘impractical’ for the PH until 2022 – Diokno 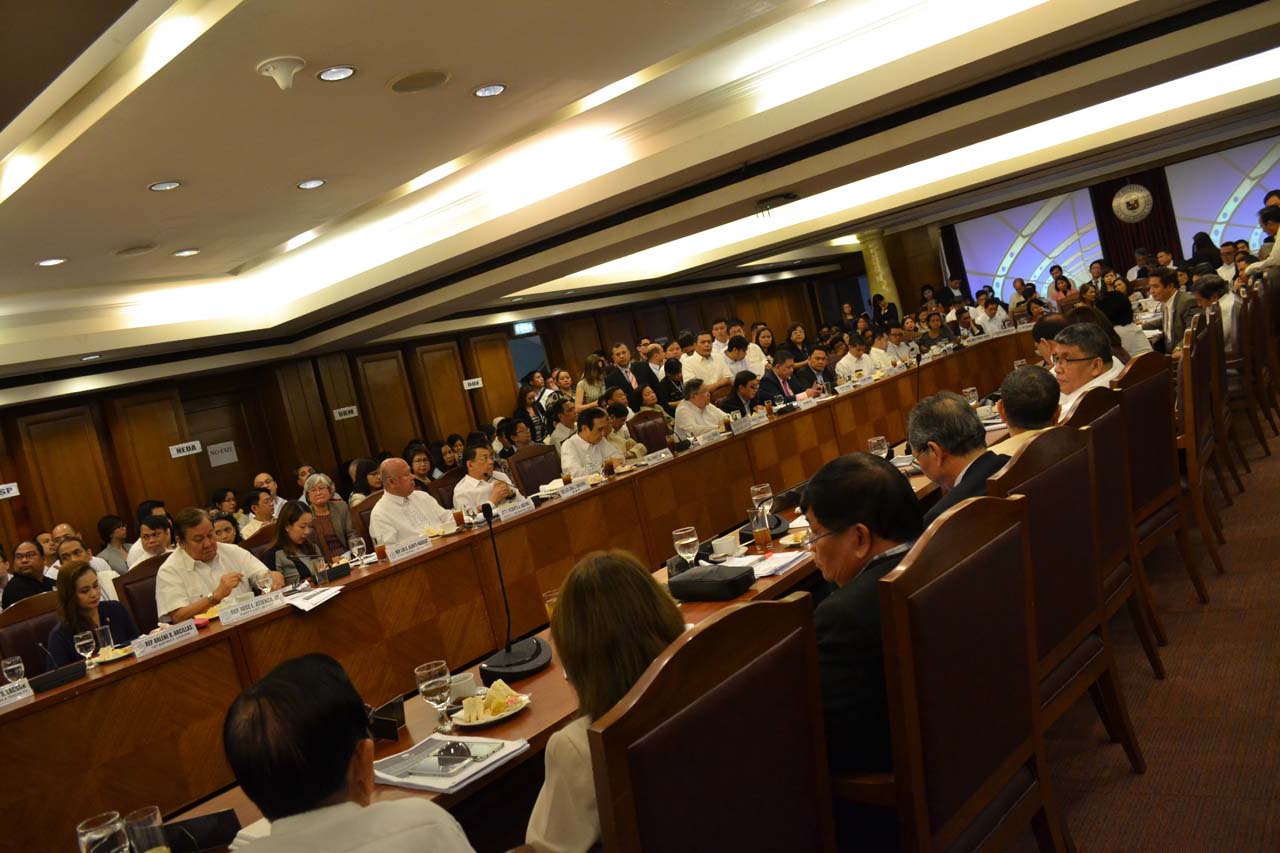 MANILA, Philippines – The Philippines is not ready yet for a balanced budget, as deficits will be needed in the next 6 years to address infrastructure backlog and eventually eradicate the nation’s high socioeconomic inequality.

One thing is certain for the Philippine economy in the coming years: deficits are not going away, said the economic team of President Rodrigo Duterte. (READ: 2017 budget priorities: Infrastructure, agriculture, peace and order)

“Having a balanced budget at this time isn’t smart. It’s not advisable. We need deficit spending until 2022. We are investing for the future of our people,” Budget Secretary Benjamin Diokno told the House committee on appropriations on Monday, August 22.

A balanced budget means revenues are equal to expenditures.

In 2014, the country almost balanced its budget because of underspending.

“I won’t mind spending than cutting back, because that will mean denying people the right education, healthcare, and infrastructure,” said Diokno, who has been a blunt critic of the previous administration’s prudent fiscal policy.

For the Development Budget Coordination Committee (DBCC), deficits, as well as increased government spending, will continue in the next 6 years.

Finance Secretary Carlos Dominguez III said during the hearing that the deficit target would be increased to 3% of the GDP under the proposed P3.3 trillion budget in 2017. This will “substantially be offset by lower debt service.”

“This is only marginally higher than the previous years. But the slightly higher budget deficit will translate into substantial infrastructure programs and human capital expenditure next year,” Dominguez said. 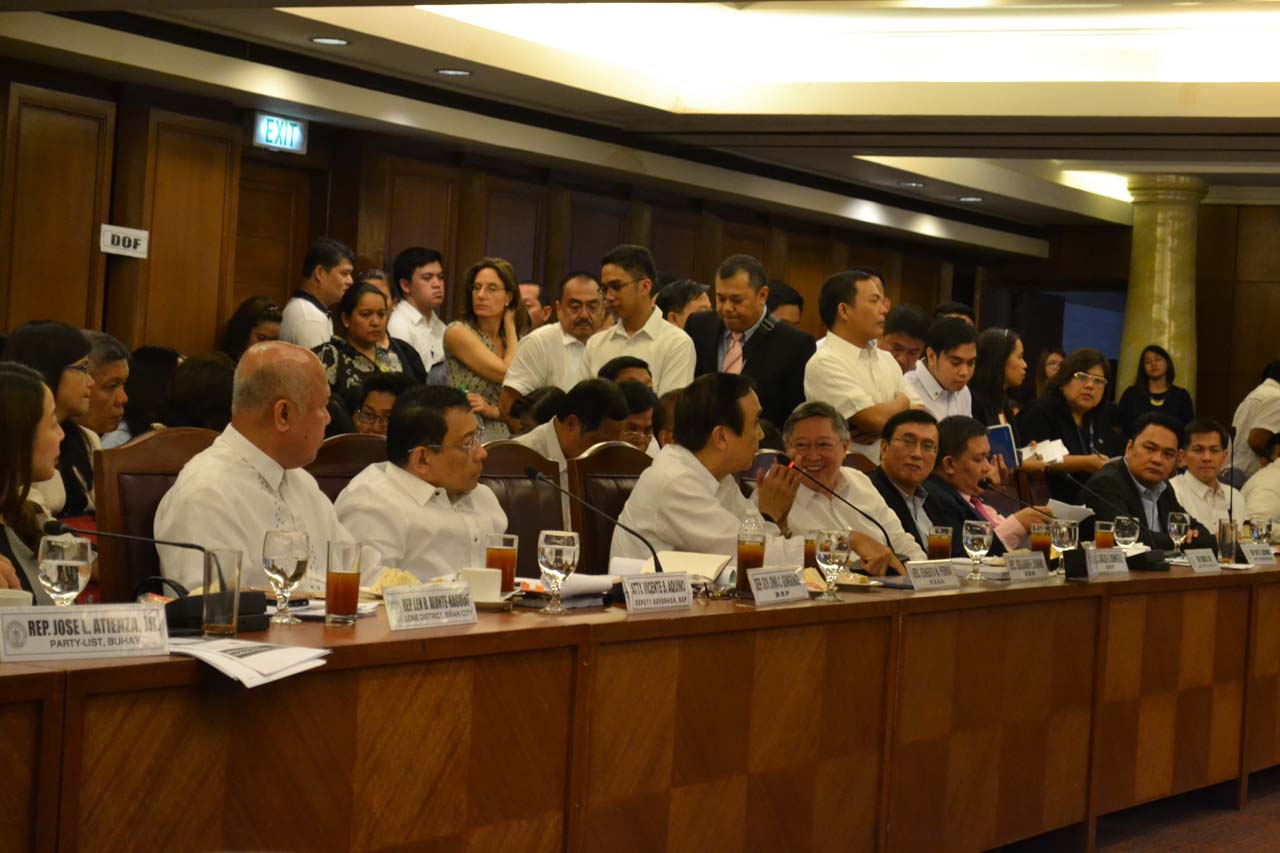 The finance chief said the Duterte administration would not stop at overhauling revenue systems, but would also trim bureaucratic fat by, for starters, abolishing obsolete agencies.

According to Dominguez, the country’s stable fiscal situation allows the Duterte administration to carry out these reforms. (READ: Government sets higher fiscal deficit target in 2017)

He cited the country’s double-digit revenue growth, which outpaced nominal GDP growth; higher tax collections as a result of tax administration reforms and the implementation of the Sin Tax Law; as well as the improving debt-to-GDP ratio, which has reduced the outstanding national debt to 44.7% of the GDP by the end of 2015.

“Our policy is to source as much of our financing needs from domestic sources,” he added.

“At end-2015 interest payments for the outstanding national debt declined to 14.7% of revenues. That trend will continue,” the finance chief said.

At a critical juncture

Why is there a need to spend more than what the country is actually earning? Dominguez said it is because the Philippines is “at a critical juncture.”

“The next 6 years can either continue along the path of high economic growth but high socioeconomic inequality, or chart a different path towards shared prosperity that will uplift all. This is why it is so important to fund the 10-Point Socioeconomic Agenda,” he added.

The agenda includes implementation of a comprehensive tax reform package that includes lowering personal and corporate income taxes, and acceleration of spending on infrastructure and human capital, among others.

For National Economic and Development Authority (NEDA) Director General Ernesto Pernia, Philippine economic growth is expected to stabilize between 7% and 8% from 2018 to 2022.

“But always, we need to realize that what really matters is the impact of this economic growth on the lives of people, especially the poor. For instance, the dismal performance of agriculture needs urgent attention,” Pernia added.

In the DBCC’s proposal, the Department of Agriculture will get 1.4% of the 2017 budget, which is equivalent at P45.3 billion. 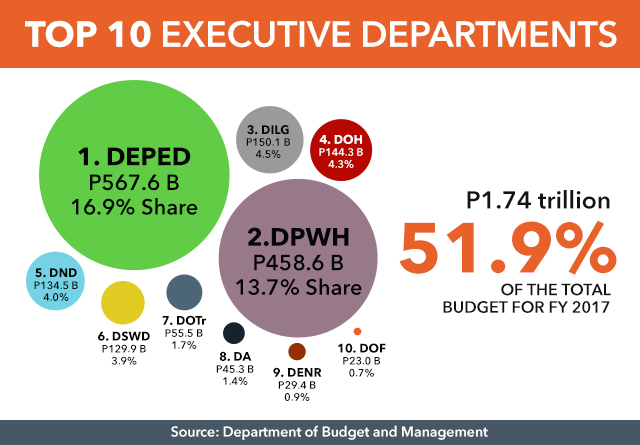 In line with its aim to boost investments on human capital and infrastructure, the DBCC said the Department of Education and Department of Public Works and Highways will eat bulk of the 2017 proposed budget.

“The 10-Point Socioeconomic Agenda revolves around the need to maintain sound macroeconomic and fiscal policies, invest in the people, and address the binding constraints to investment and job creation. This is why we need tax reform,” Domingo said.

The finance chief said revenue erosion from the lowering of income tax rates would be offset by reform initiatives.

These include broadening the tax base, reviewing fiscal incentives that have not been indexed to inflation, adjusting the fuel excise tax rates, imposing taxes on unhealthy food items, and eliminating some value added tax (VAT) exemptions.

“At the end of its term, we envision a country where the poverty rate is brought down from 26% to 17% through investments that create meaningful jobs, along with an economic strategy that lifts lagging regions into the mainstream,” Dominguez said. – Rappler.com